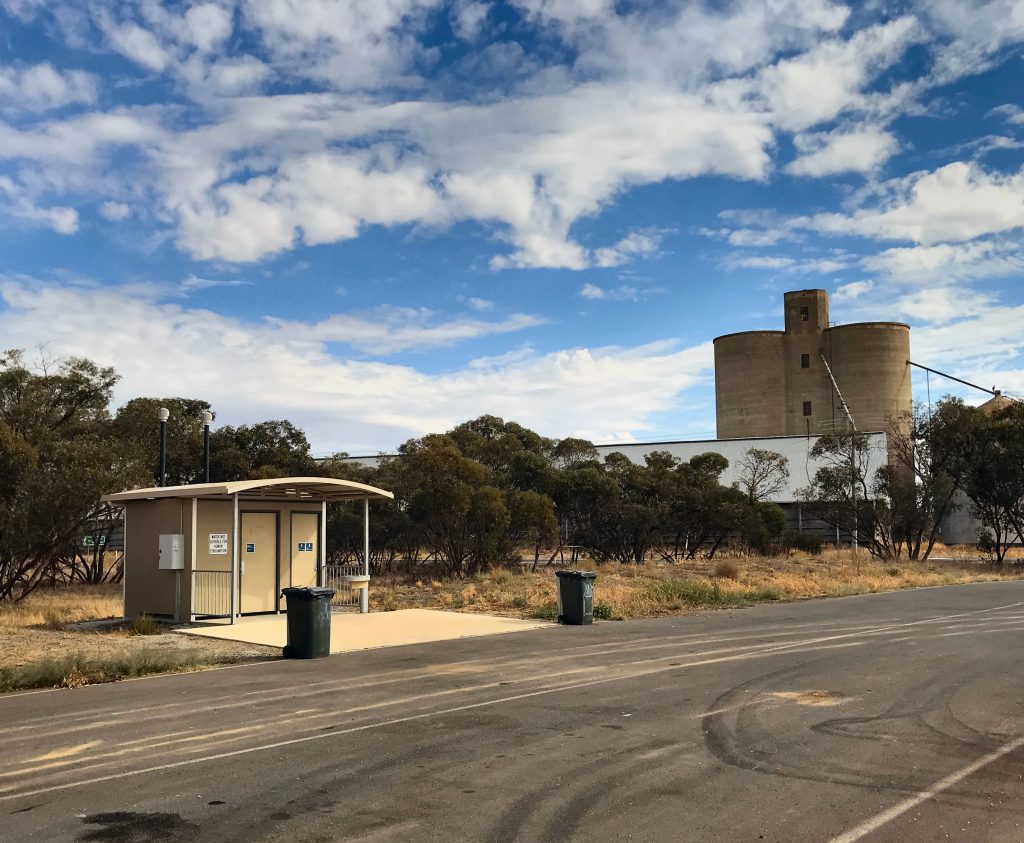 Well then.  Dumosa would like a word.  Dumosa consists of a wheat silo, and a public toilet. 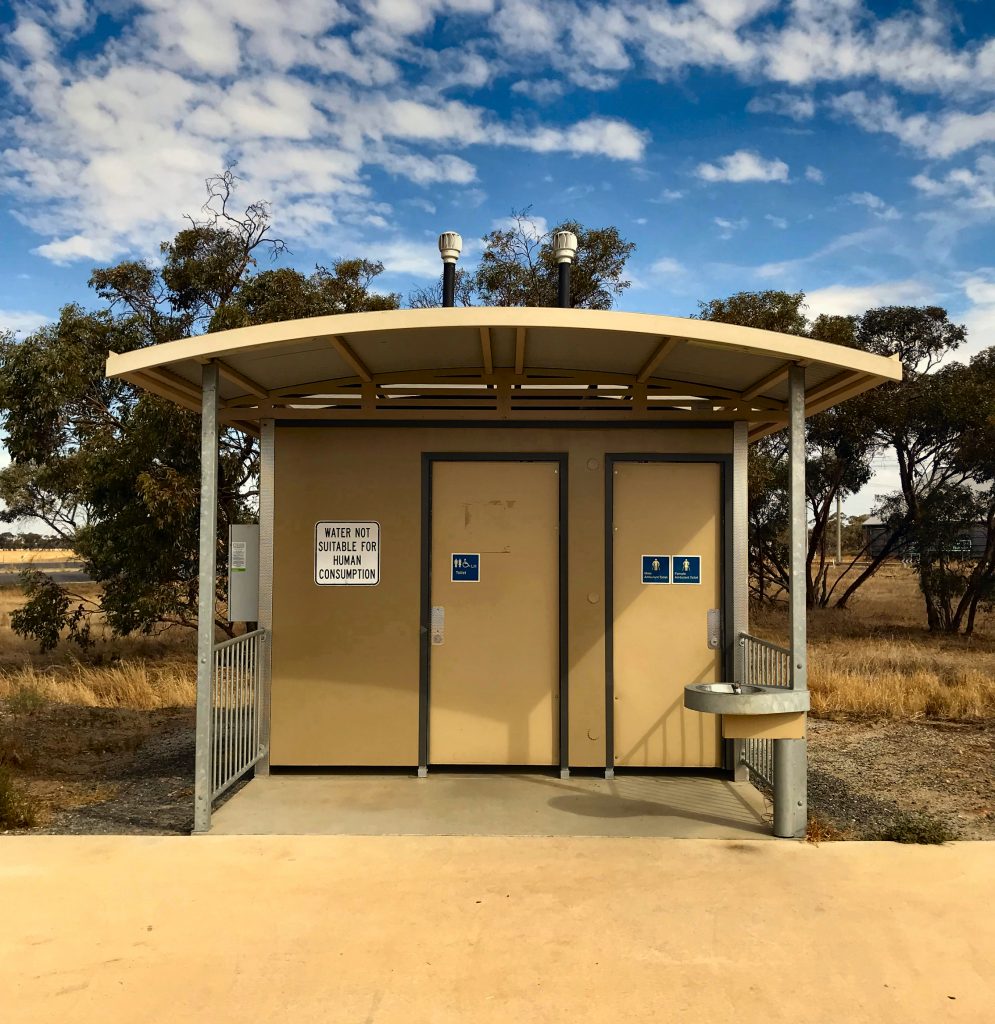 That is to say, fifty per cent of this place—which, bear in mind, is important enough to be on the map—is the public toilet.

And this isn’t some leftover public toilet from Dumosa’s heyday (eg. that time back in 1918 when the town farewelled three young lads who knew exactly what they were doing when they sailed off to “frustrate the unscrupulous designs of Germany”).  This is a new dunny—one that’s so popular, the loo brush has been chained up! 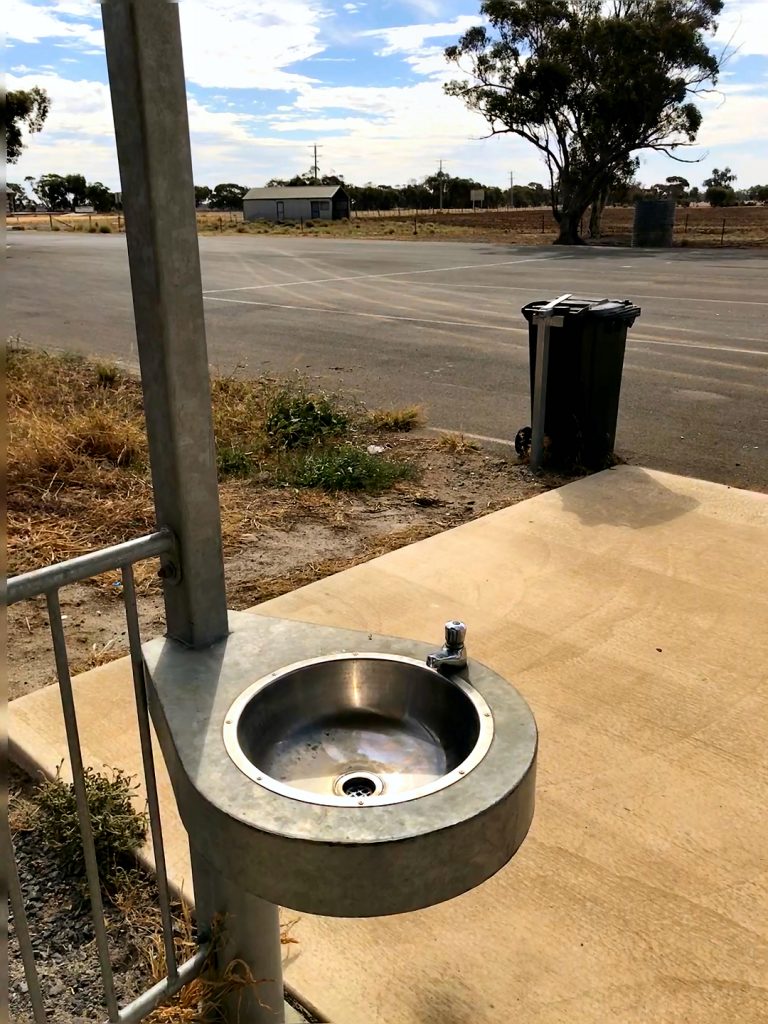 It’s safe to say that Dumosa is on the up-and-up. Especially considering that Dumosa was previously best known for the still-unsolved “Dumosa Dam” murder, in which the body of an unidentified cyclist was dumped in a chaff bag and thrown in a dam (presumably for not paying rego).