Public Toilets of Victoria is not sure why so many public toilets of Victoria resemble a 1980s Pizza Hut.  Maybe it encourages patronage. Perhaps the design is easy to vent with as few extractor fans as possible. 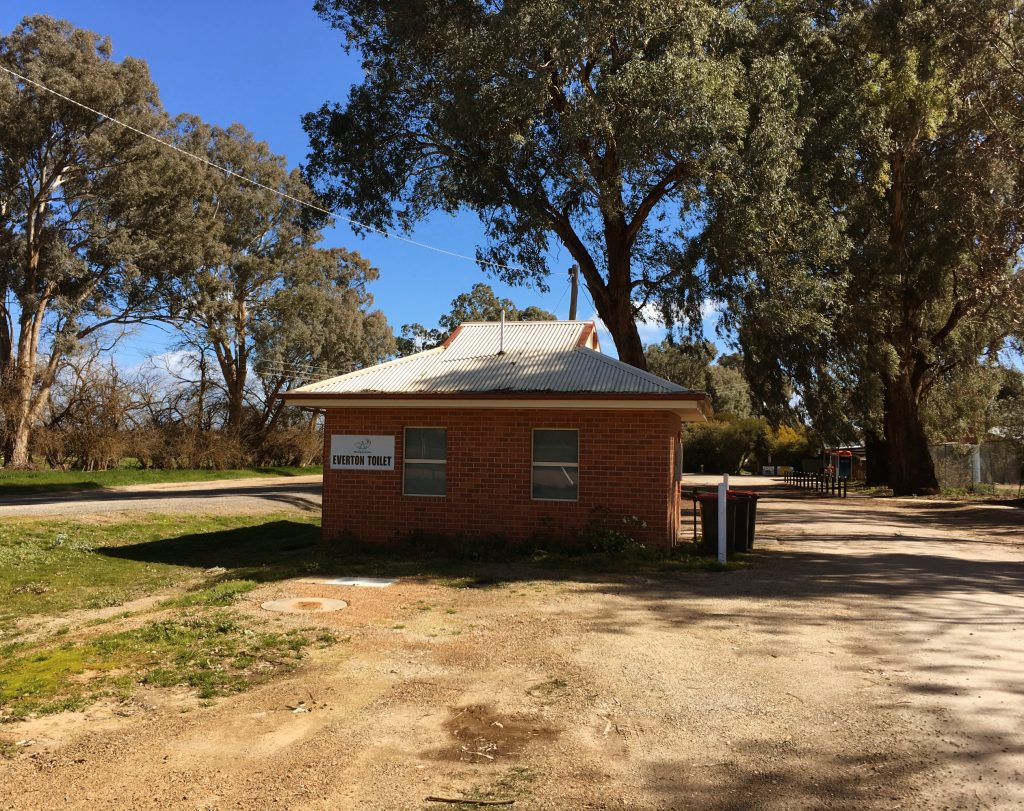 Whatever the case,  it is very disappointing when you round a corner and mistakenly think you’re about to feed the whole family for $7.99, only to realise that the only part of the Pizza Hut experience on offer is a recreation of the soft serve machine (and results and toppings may vary). 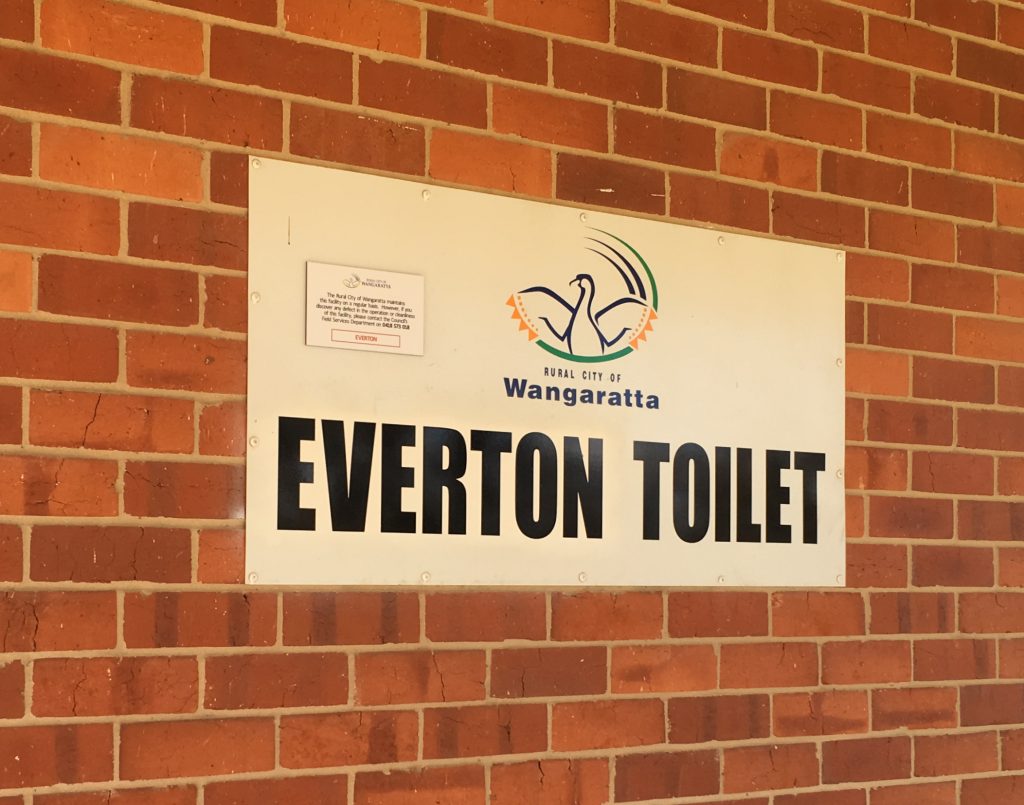 But after a concerted letter-writing campaign, such misunderstandings are a thing of the past in Everton, where the Rural City of Wangaratta have well and truly idiot-proofed the dunny with this handy sign. 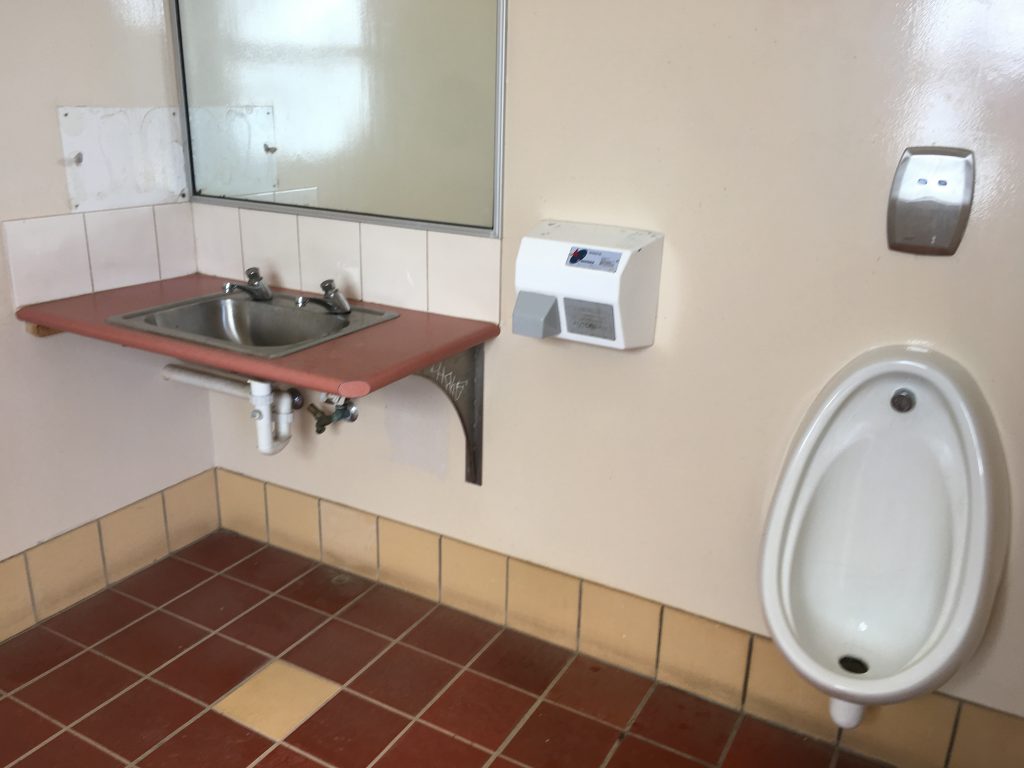 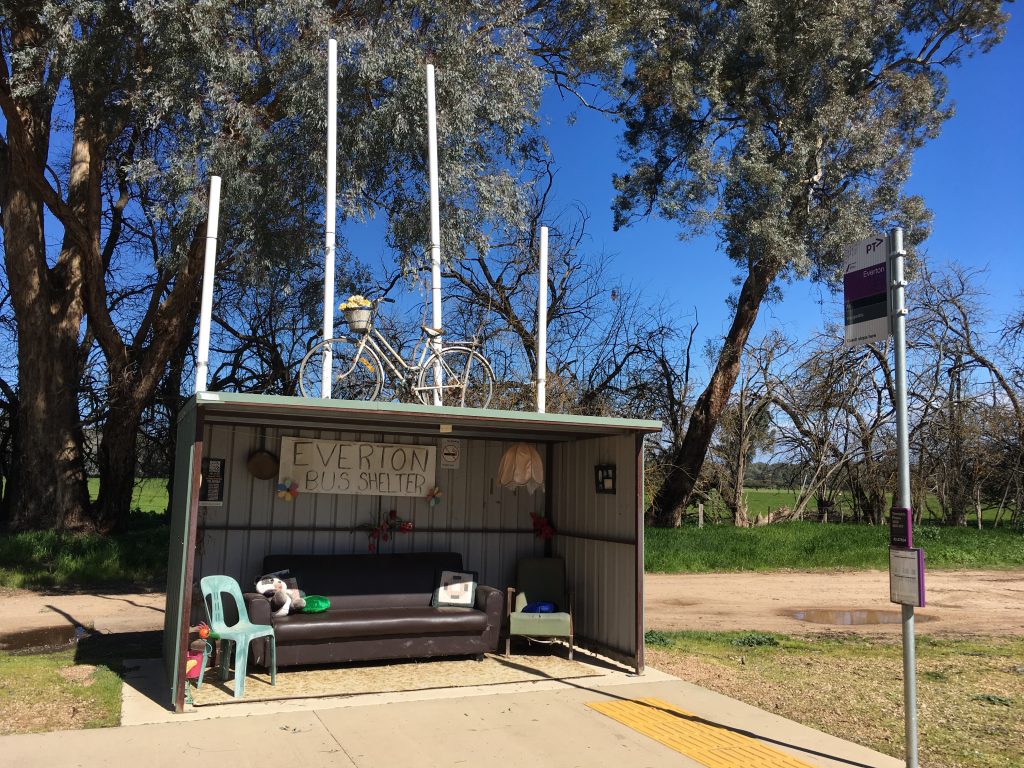 So that was the afternoon settled.  After a few longnecks, it was off to the general store for some dimmies. The virtuous cycle thus continued. 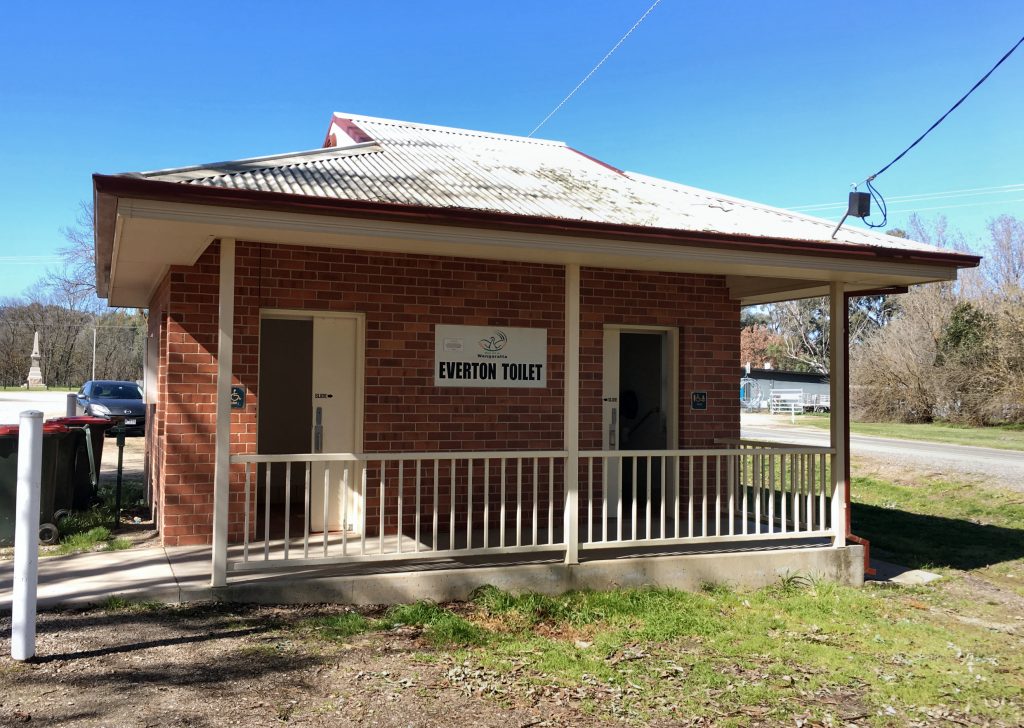