A couple of months ago, I, Mr. Borrie, had the pleasure to find myself on the Bogong High Plains Road with Number Two.  The best thing about travelling with one’s trusty offsider is that, after an hour of car farts, there was absolutely no question that we were stopping at a toilet named Raspberry Hill. 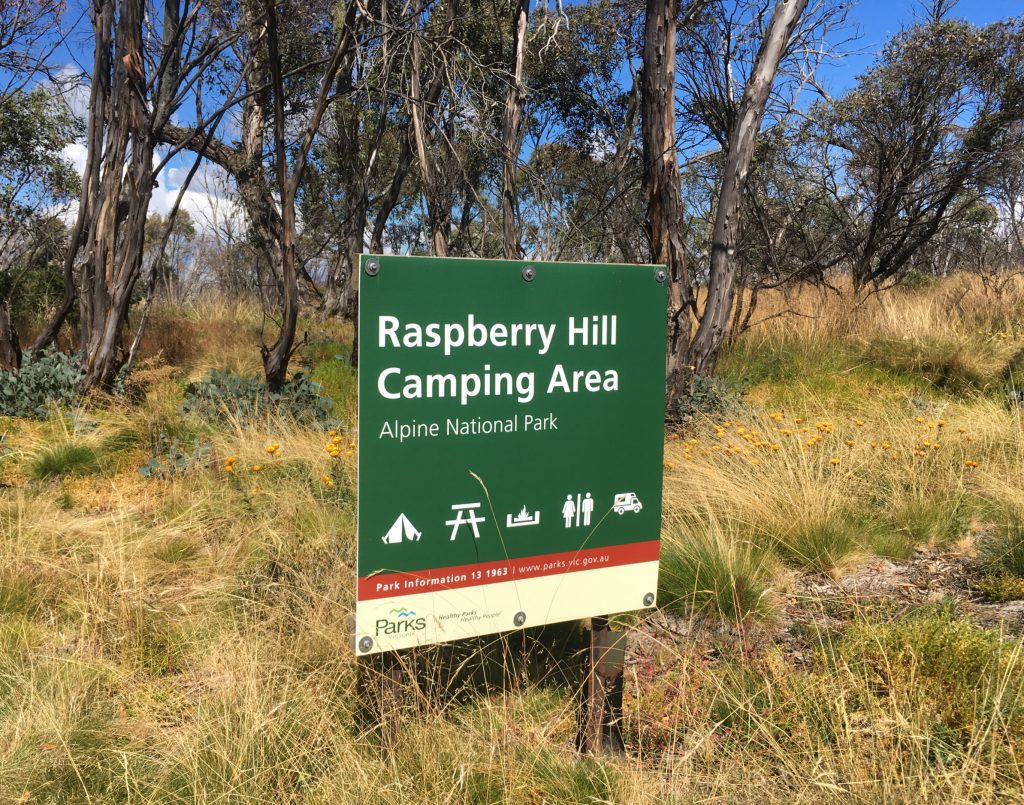 It is a striking contrast (farts aside) to travelling with Mrs. Borrie, where a pathetic excuse must be invented to justify stopping for dunny photography each time a besser block beauty comes into view. 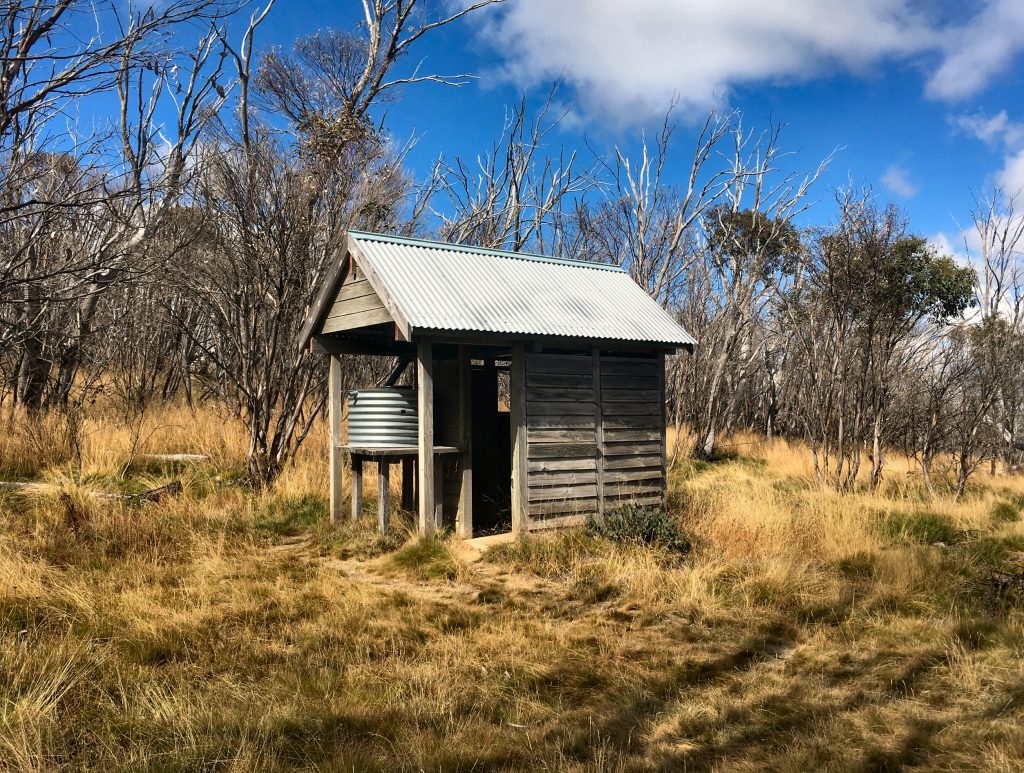 Hypothetically, in this case there would have been some well-timed preparatory remarks about how the Bogong Moth population was in precipitous decline, and how they’re often found aggregating in buildings, and oh look, there’s a structure over there, wouldn’t you know it’s a dunny, why don’t we stop and see if we can ‘flush’ the moth out, ha ha ha. 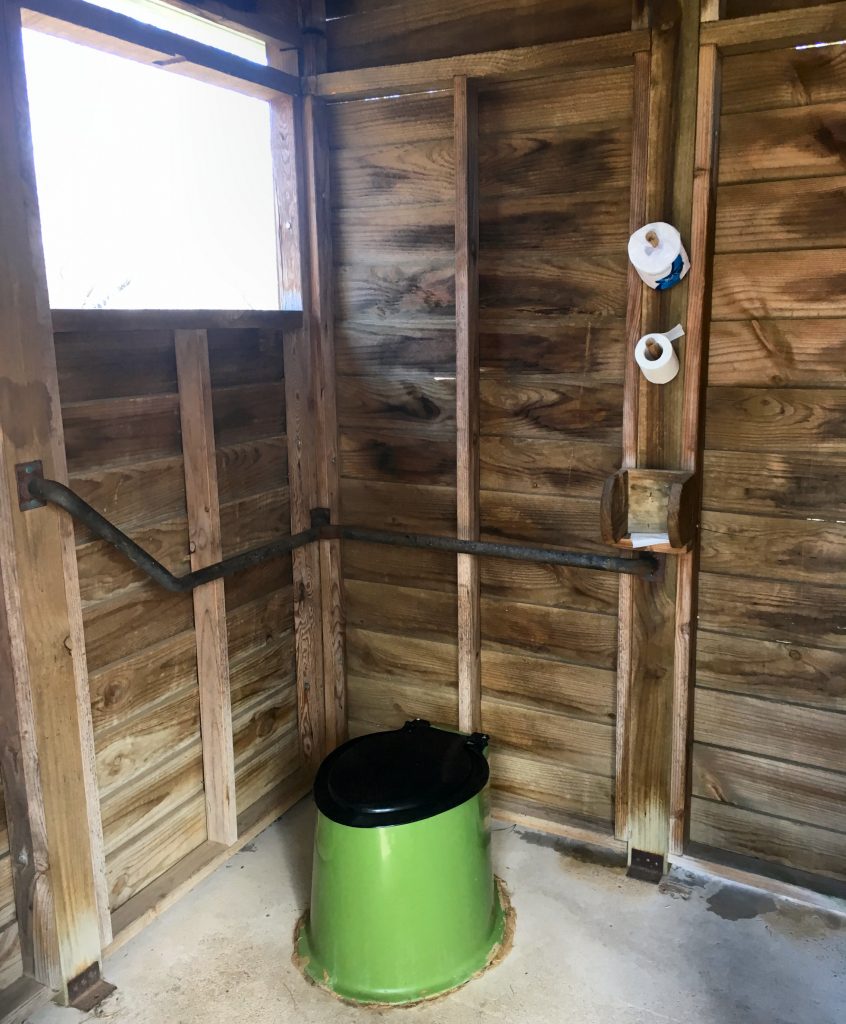 But in this case, all that was needed was a slight nod of the head, and there we were.

Now if there was an alpine moth population on site, it was in for an even more precipitous decline, on account of Number Two having some immediate problems with last night’s Chicken Kiev. Less out of kindness and more because his present situation made running difficult, I was able to get inside first and photograph the facility in its undisturbed form. 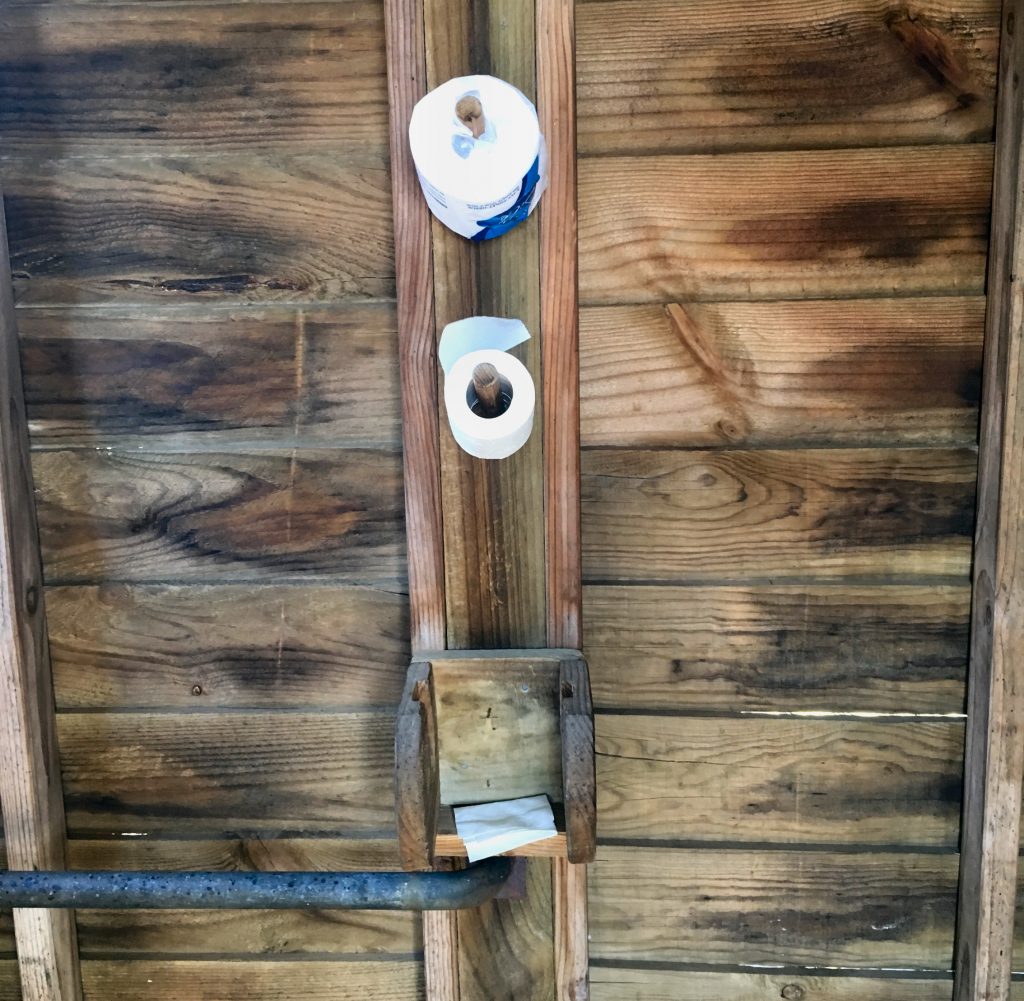 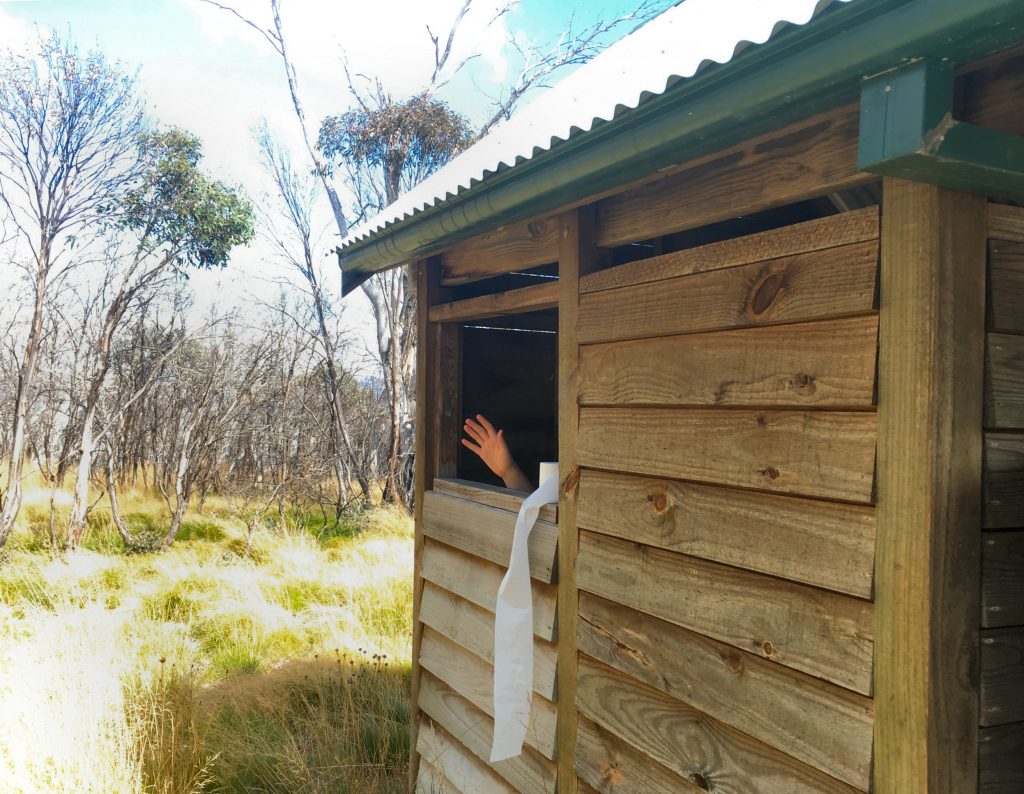 It’s worth pointing out the many thoughtful features in the design of this dunny.  Not only does the prevailing alpine wind vent the structure exceptionally well, but you have this miniature roof-fed water tank for a nice wash-up once the deed is done. 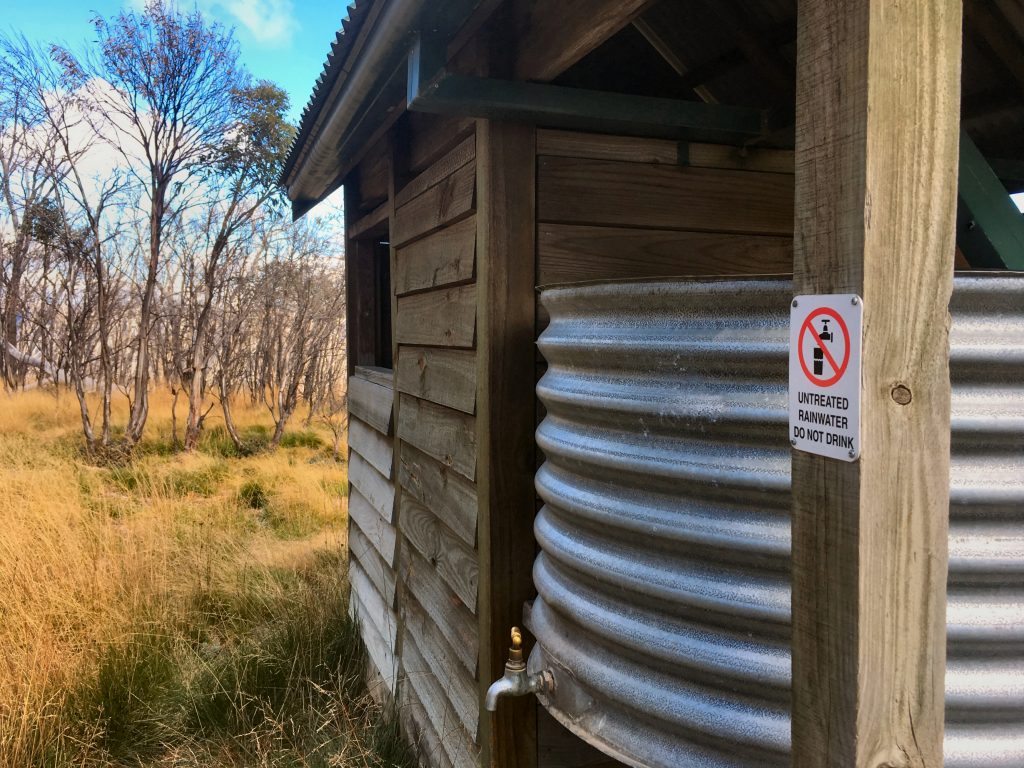 With Number Two occupied, I went for an upwind wander and found this commemorative cairn from a more honest time.  “Minister for Fuel and Power”, like “Minister for War” before it, is a level of plain-speakedness you wouldn’t find in today’s government—with the possible exception the Minister for Home Affairs, who, as the name suggests, lets the odd French nanny into the country to help a mate or two keep the house clean. 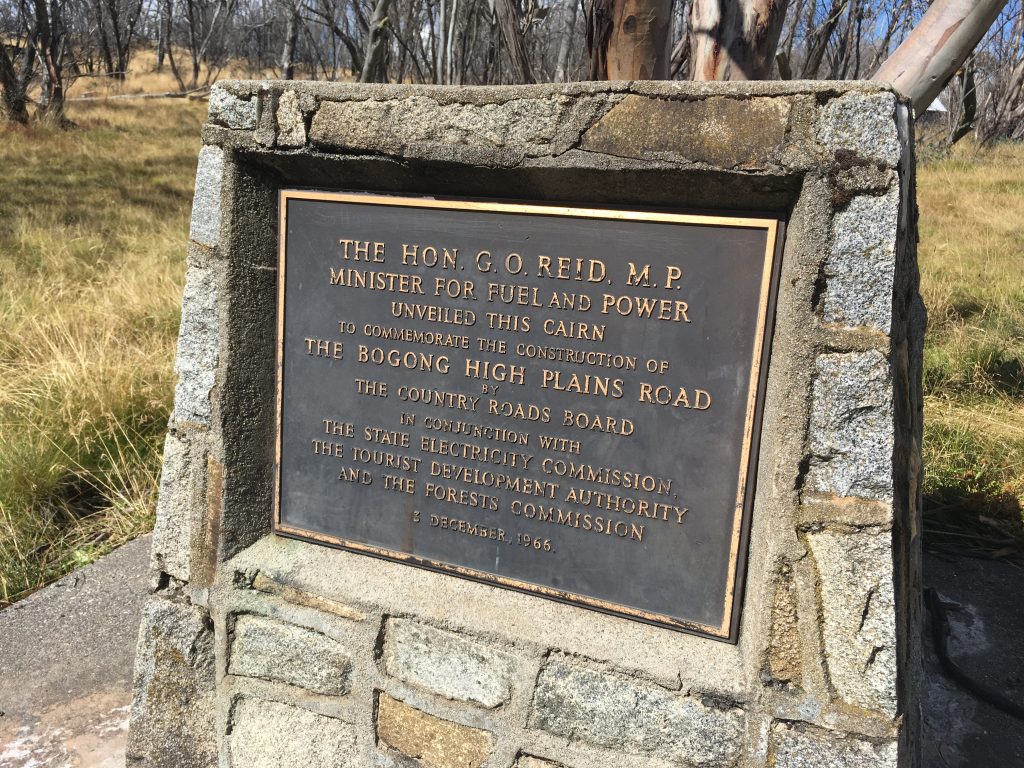