Now here’s a public toilet worth slamming on your brakes for, even if it’s a rainy day and there’s a truckload of sheep up your arse (in a vehicular sense, not in an anatomical sense, although you’d probably also want to stop for the loo if it were the latter). 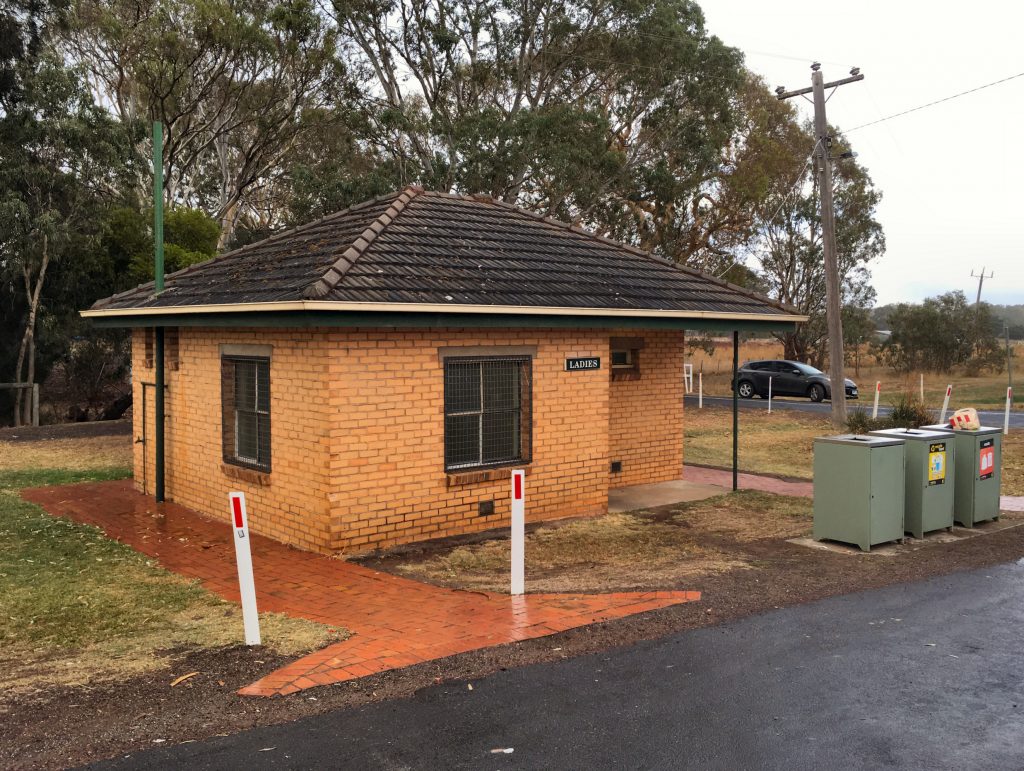 What we have here in the small town of Glenthompson is a public toilet masquerading as a neat little brick house. It is so well built—complete with driveway, verandah, rubbish bins, smartly tiled roof, and brick windowsills—that the ruse isn’t evident until you’re almost alongside it, hence the reckless braking. Reflectors have had to be installed to stop real estate agents parking in the “driveway”. 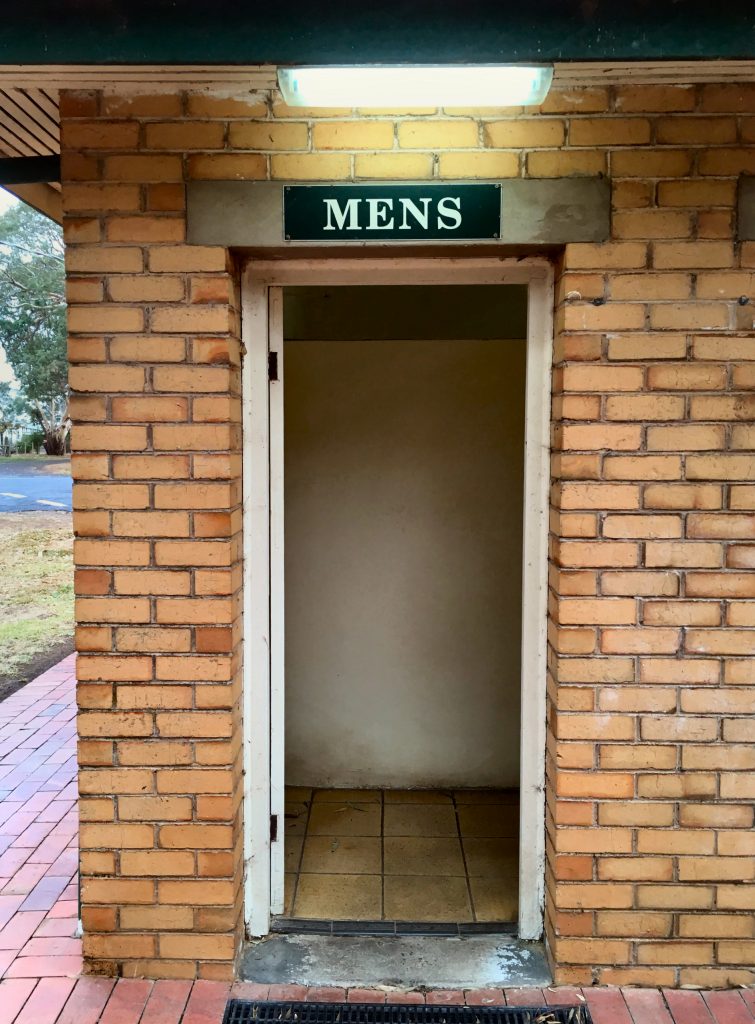 It all makes a bit more sense once you realise that Glenthompson has had an operational brickworks since 1901. You could say they have so many bricks they don’t know what to do with them, but you would be wrong. They know exactly what to do with them. 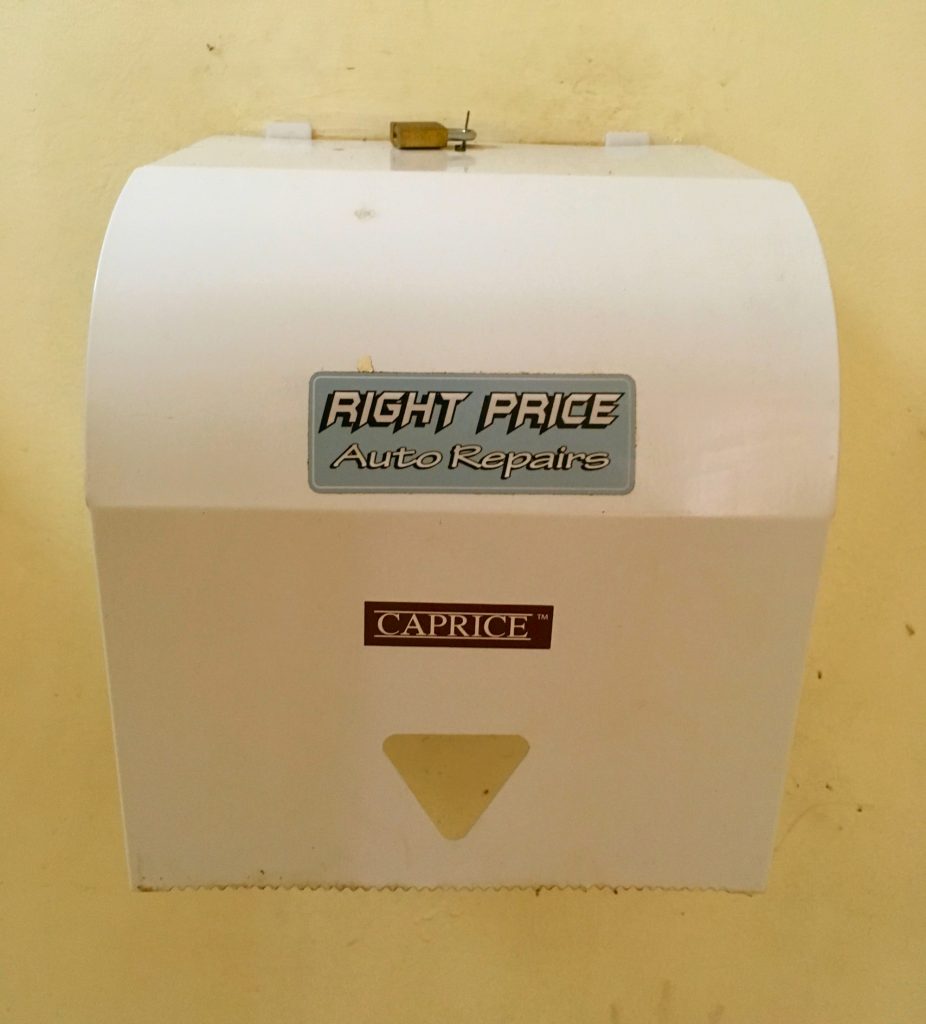 If the Commonwealth of Australia ever goes the way of the Tasty Toob, we at Public Toilets of Victoria will be speeding through the remnants of society to seize possession of this dunny, convert the women’s into a modest residence, and preserve the men’s as a museum to what once was. 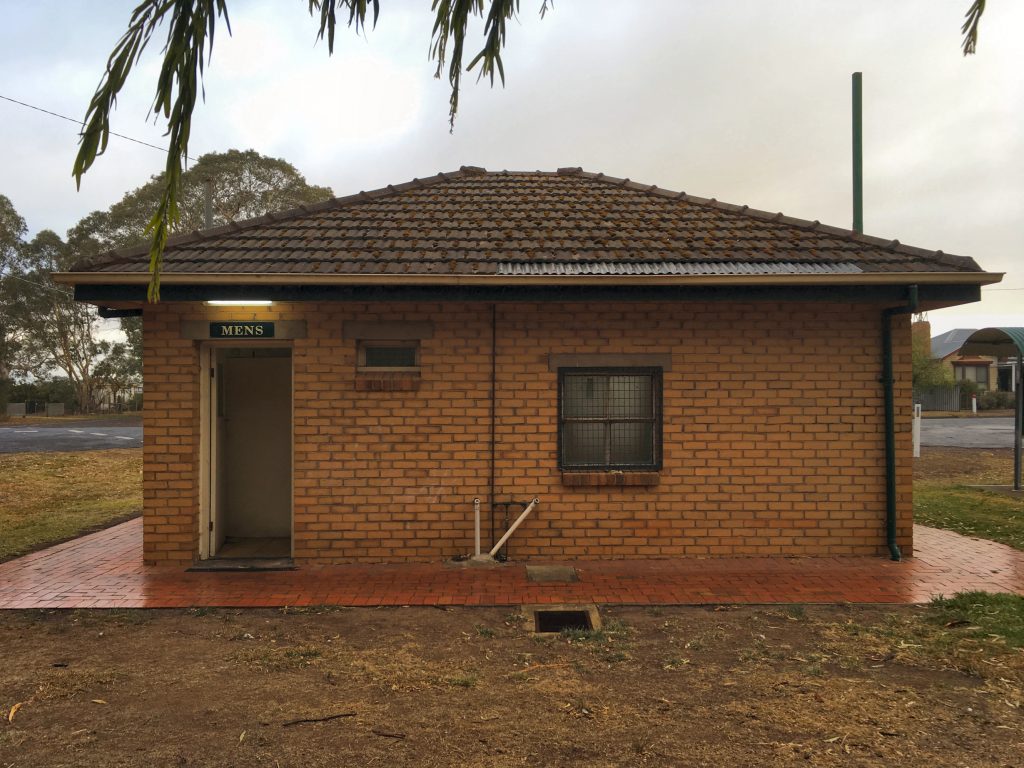 As you can see it already comes with bars installed over the windows, which will be handy post-apocalypse to keep out ball-tamperers and libertarians. But just show proof of readership and we will let you in for a tour/borrie. 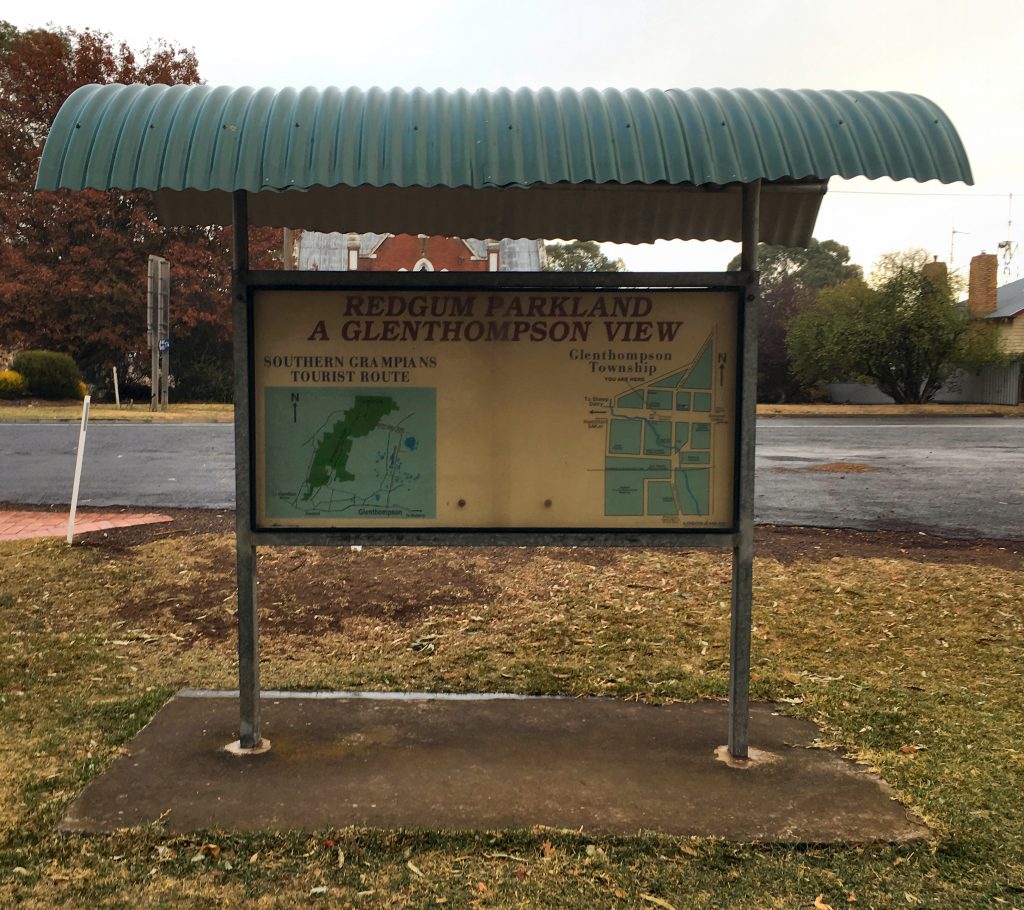