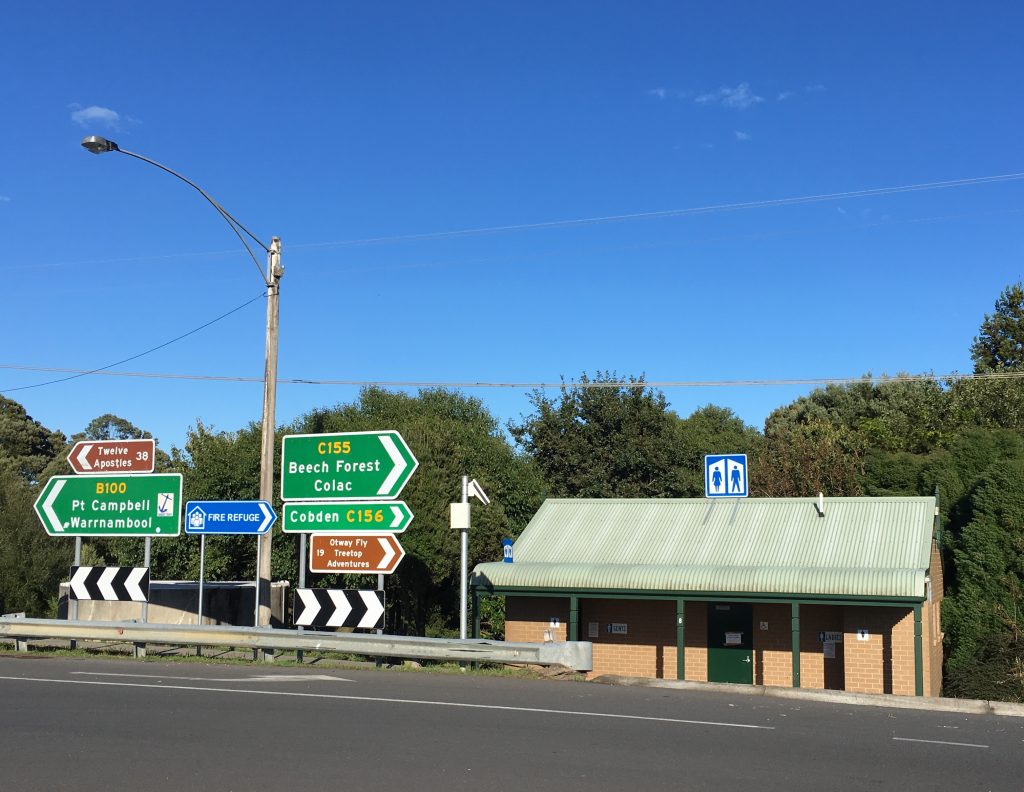 Lavers Hill is a confusing place. So many options! And the best one, as it often is, was right in front of me—just a matter of following my nose (more on this in a second). 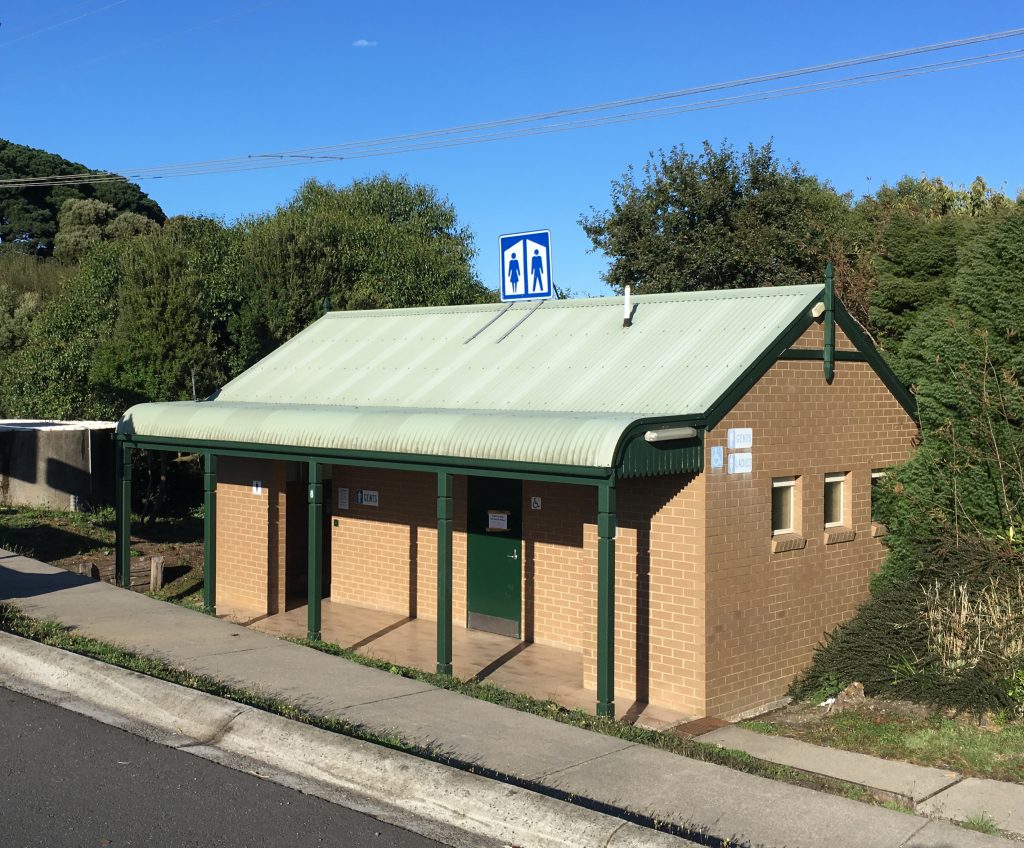 Mind you, with this earnest little sign topping its roof, there’s no confusing the Lavers Hill dunny for, say, a railway station or a telephone exchange. A toilet it is! 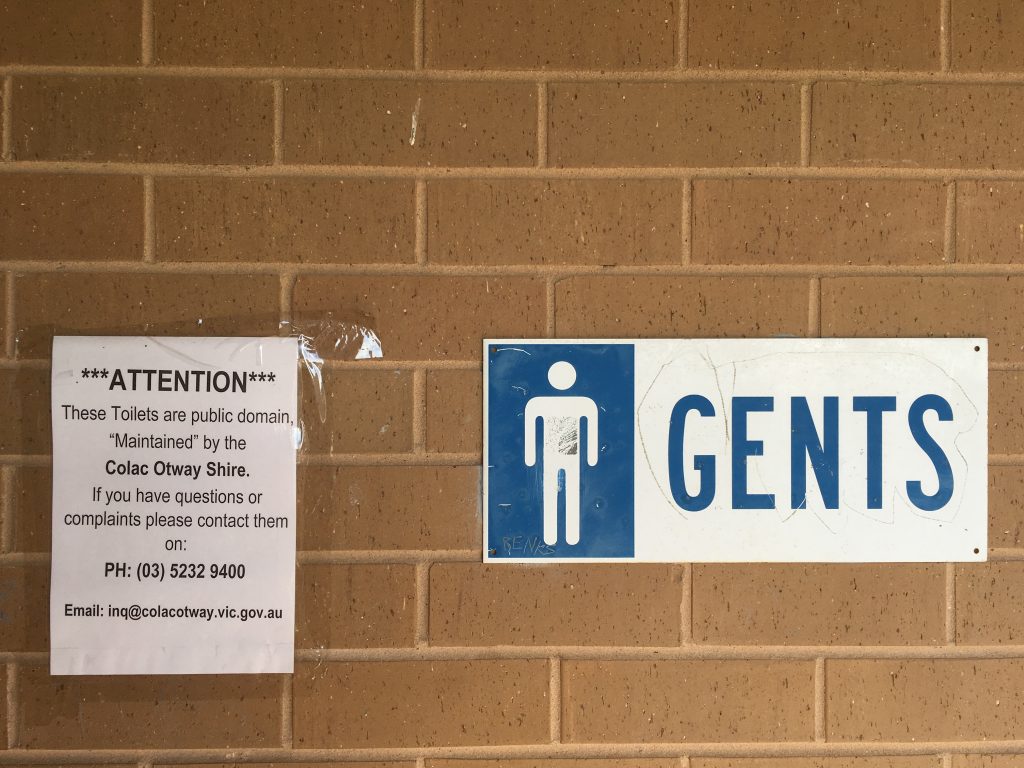 Now then.  Usually there would be a gag to be had here, but these particular inverted commas around “maintained” were entirely appropriate, for inside the dunny was a giant borrie, lying squat in the middle of the floor (follow my nose, indeed!) 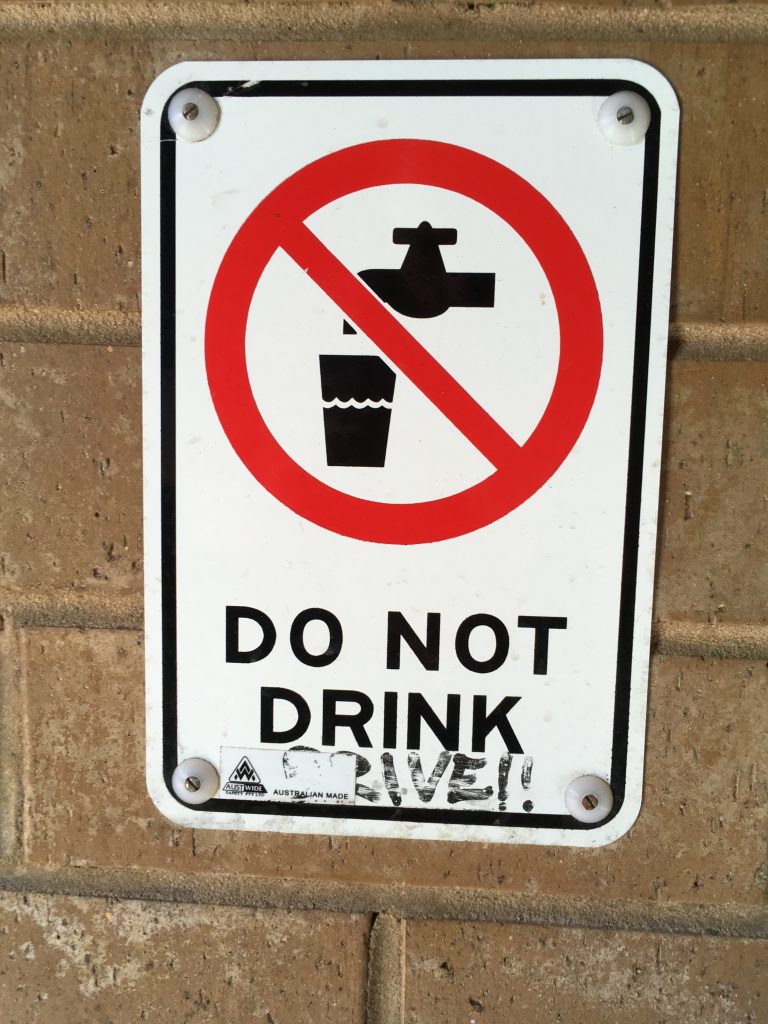 Your correspondent being, of course, Mr. Borrie (or Barry Borrie when ABC Radio insists on a first name), it is quite something else to come face-to-face with your own decayed form, a sort of re-enactment of a far more scatalogical version of  The Picture of Dorian Gray. 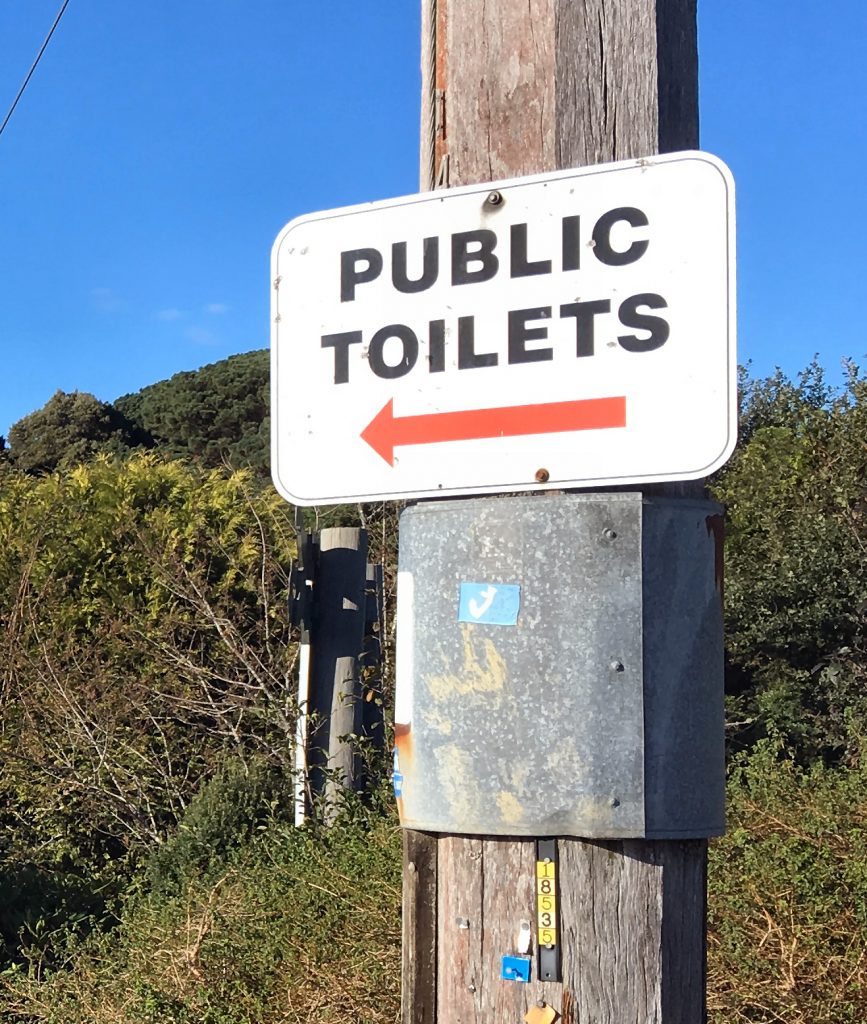 I sidestepped my smelly offsider, and was out of there sooner than I could think of a quote to google.

“You will always be fond of me. I represent to you all the sins you never had the courage to commit.”