You might come to Loch for the distillery and then the antique shops (much more fun when done in that order), but it’s this vista that’ll keep you coming back—public dunny, postbox, and horse—although it’s a pity nobody was there to throw money at the horse to truly complete this classic Australian scene. 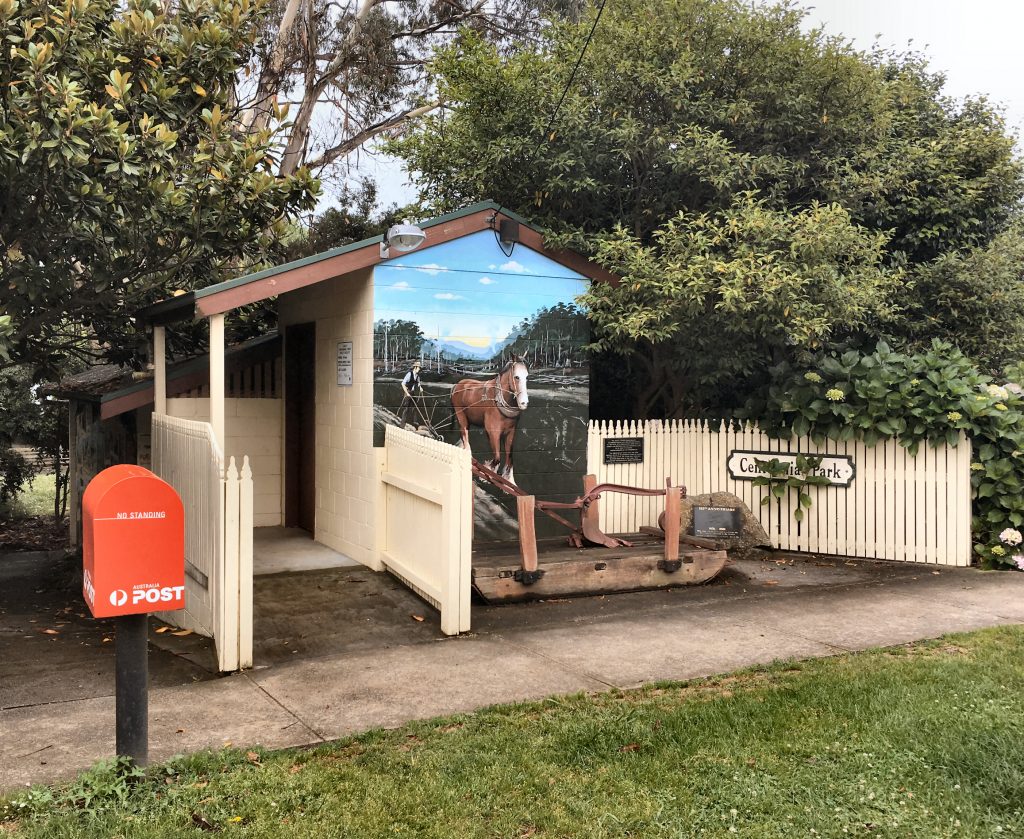 Approach further, and you won’t be leaving anytime soon. The entire dunny is given over to a stupendous mural-collage, entitled “Postcards from Loch Village”. 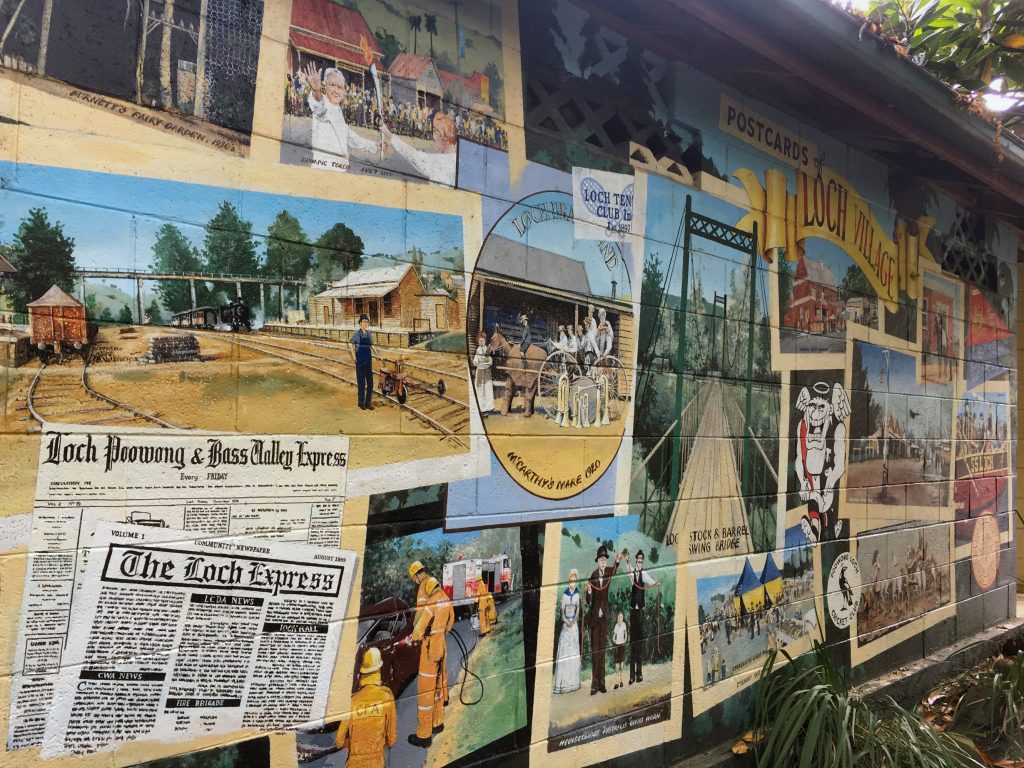 “Loch Village” is a recent invention, only coming about after Loch lost its railway line in the mid-1990s. Cut off from the railways and not situated on the highways, the town was facing oblivion. What better way to get punters into town than by rebranding Loch as a “village” and painting a bunch of murals depicting a time when you didn’t have to paint murals to bring punters into town? 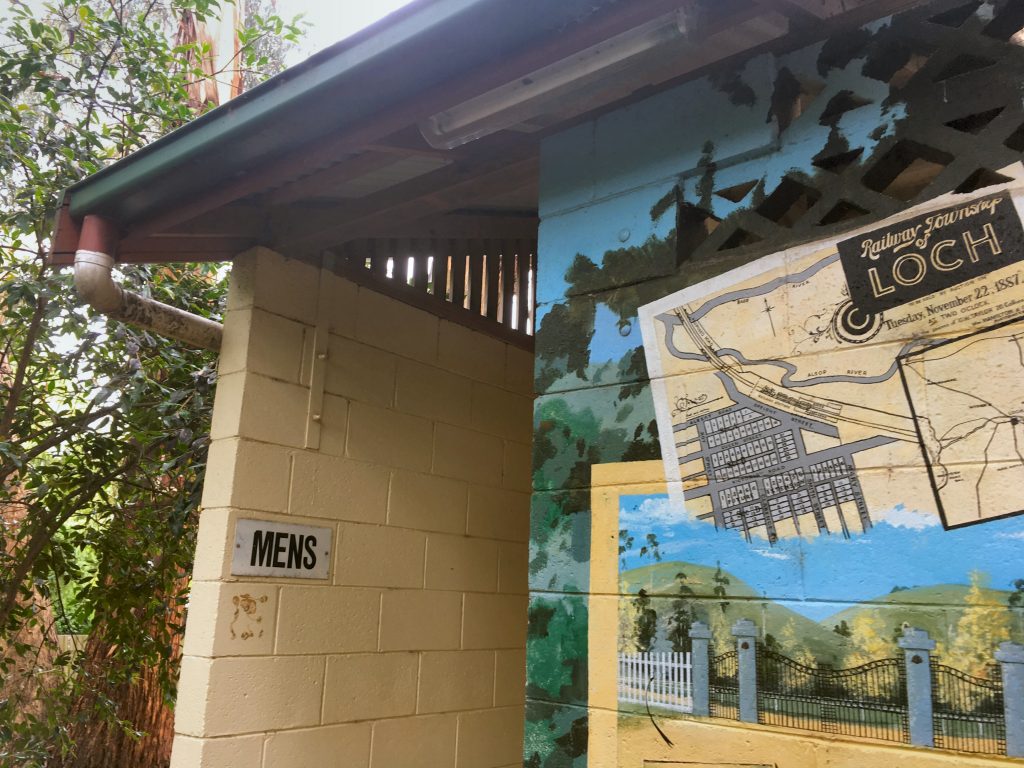 Loch’s Wikipedia page, like the pages for many other towns we’ve researched, is at pains to point out that it was Jeffrey Kennett that was responsible for the closure of the local railway. 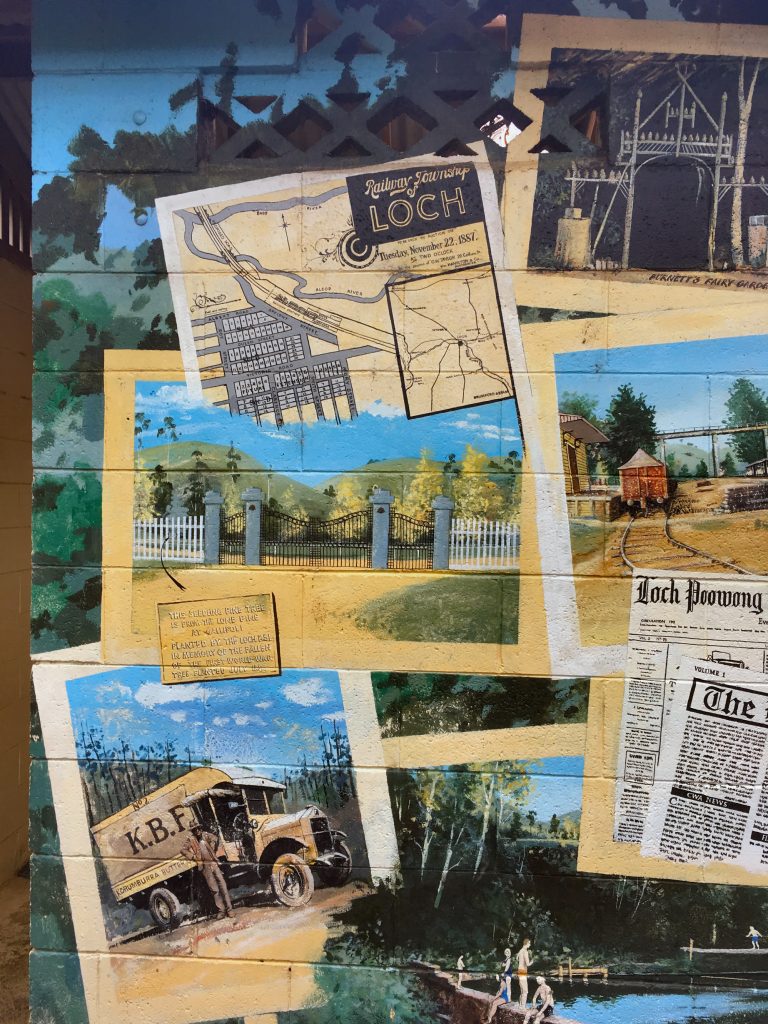 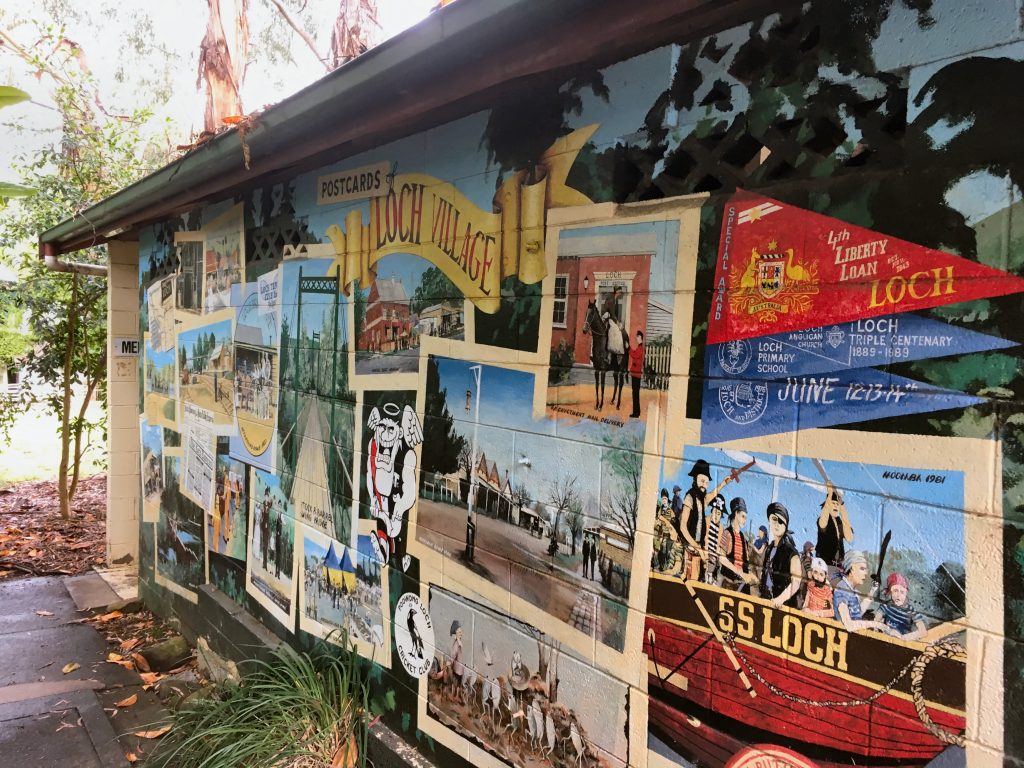 Unlike the Tullamarine Freeway, which was ugly to begin with, it would be much harder to get the community to support installing toll gates on such a lovely dunny, even if you promised any number of improvements such as a giant yellow decorative pole or a Japanese-style toilet that squirts you up the arse (on purpose, unlike many of our local facilities). 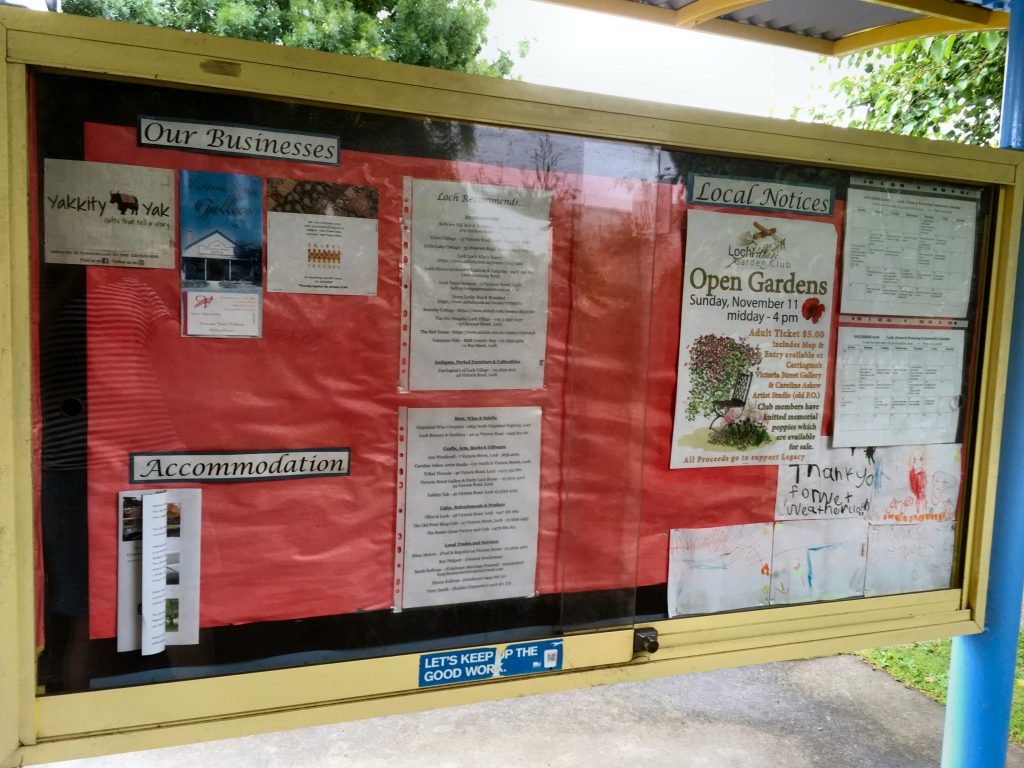 As all four of our long-time readers would know, we here at Public Toilets of Victoria remain steadfastly opposed to paying for a borrie on Australian soil. If we had our way, if anyone so much as pondered ruining everybody’s day by putting a turnstile on a public toilet and charging a dollar a drop, they would be visited by the Thought Poolice (apologies to George Orwell) and summarily beaten with plungers until they sing that song from the Qantas ad with perfect four-part harmonies and banish their filthy ideas back to Rome, Paris, and other less-enlightened parts of the world. 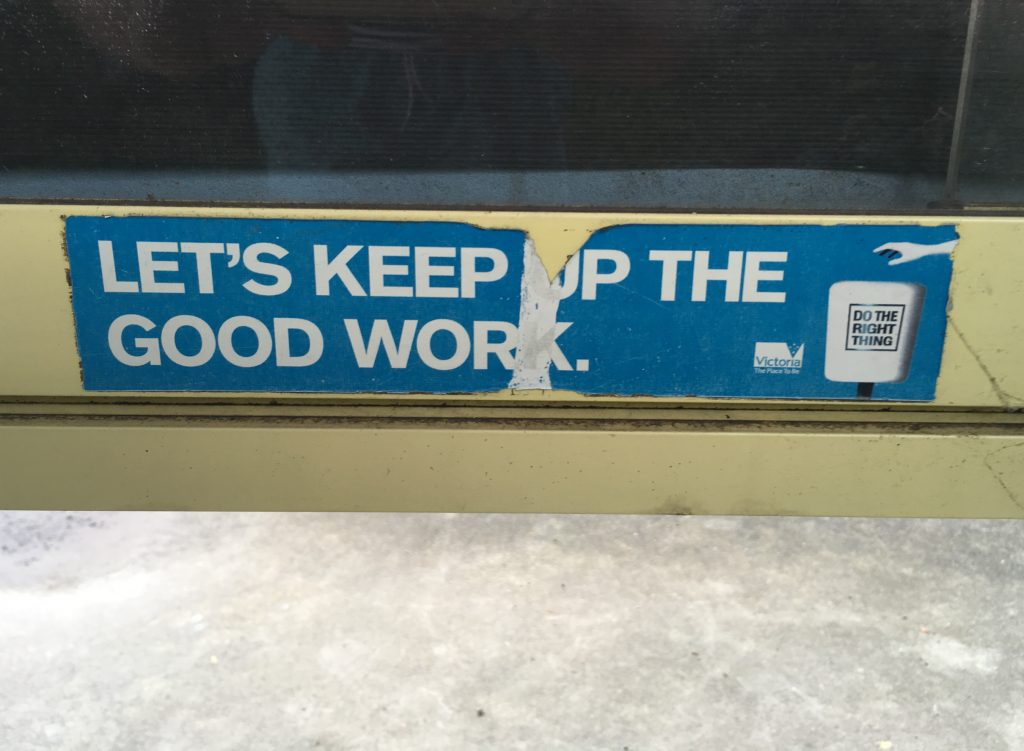 Whatever the motivation, hats off to the people of Loch Village for getting behind their local dunny. Somebody call Ray Martin! If there ever was a piece of patriotism to unite the racists, not-racists, and not-racists-buts, I think we’ve found it!