Victoria’s high country huts are chock-a-block full of heritage! And how about the variety?

They’ve been built for miners, cattlepeople, hikers, skiers, and even as a film set for 1982’s The Man From Snowy River (which put the Australian film industry on the map, largely thanks to its true-blue star Kirk Douglas). Problem is, these huts all require a significant trek to get to. 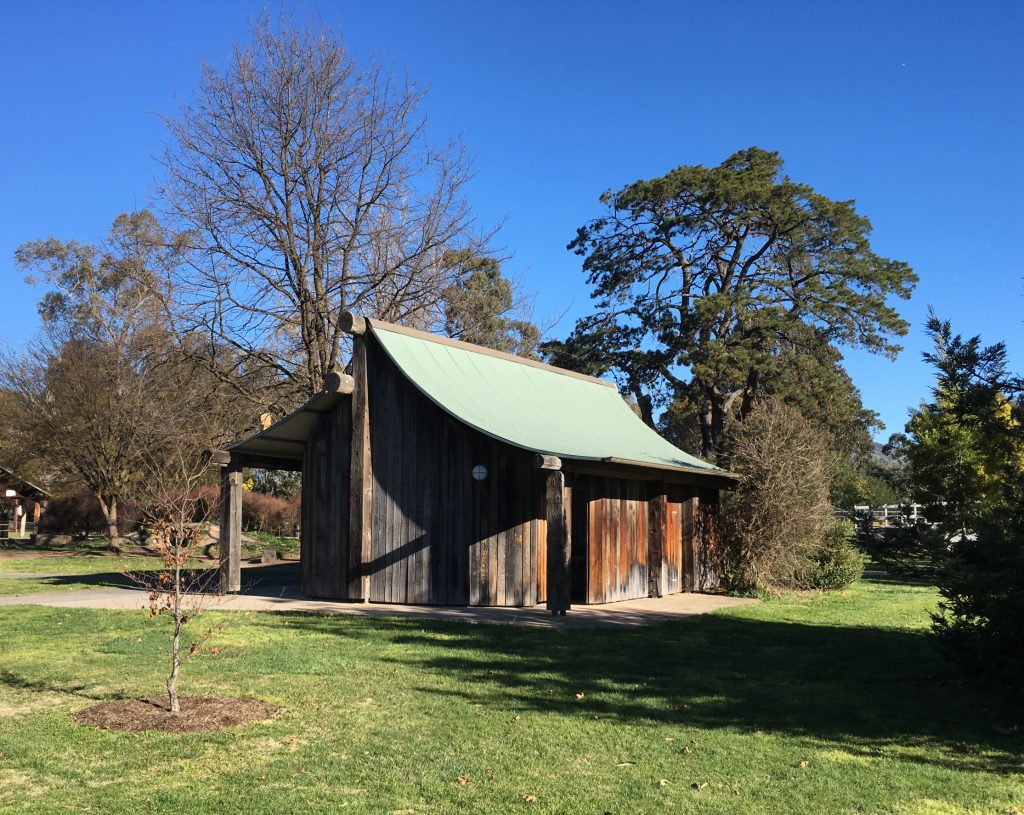 So… (and we apologise in advance to Banjo Paterson for this) when there’s movement at the station and your arse begins to frown, the local shire council saves the day! For in the Mansfield Botanic Park, a dunny of great renown, where all the cracks gather to the fray. 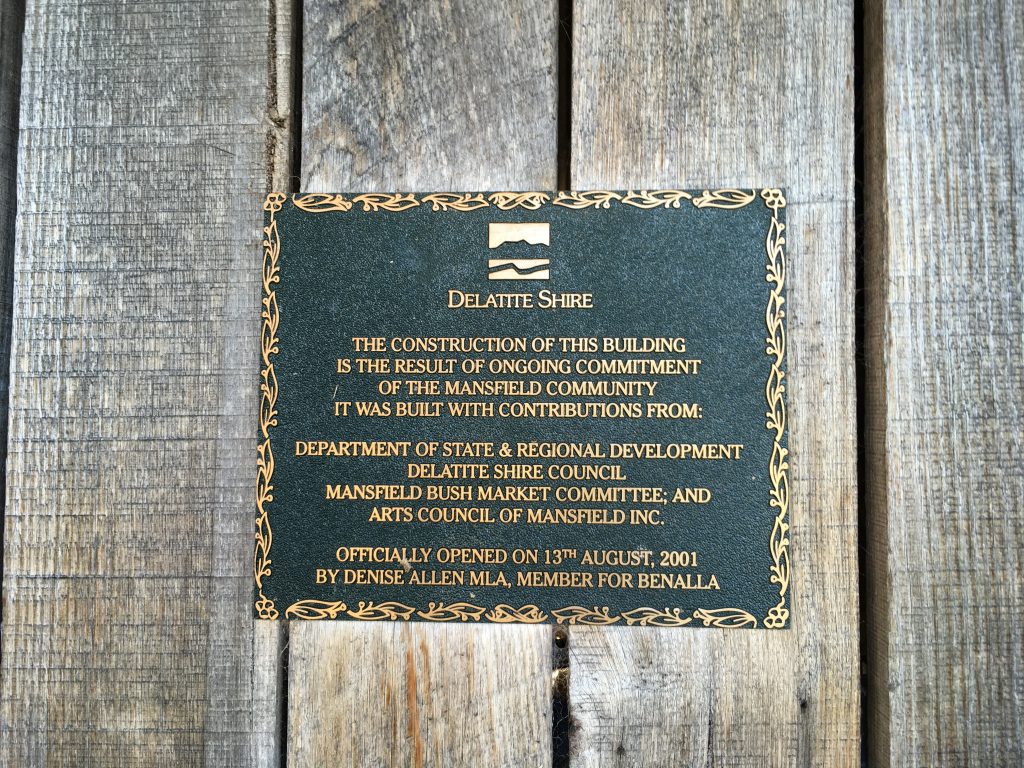 As you can see, this wonderful alpine hut-style dunny was brought to Mansfield in 2001 by a deluge of civic-mindedness. There are even replica kangaroos outside for added atmosphere. 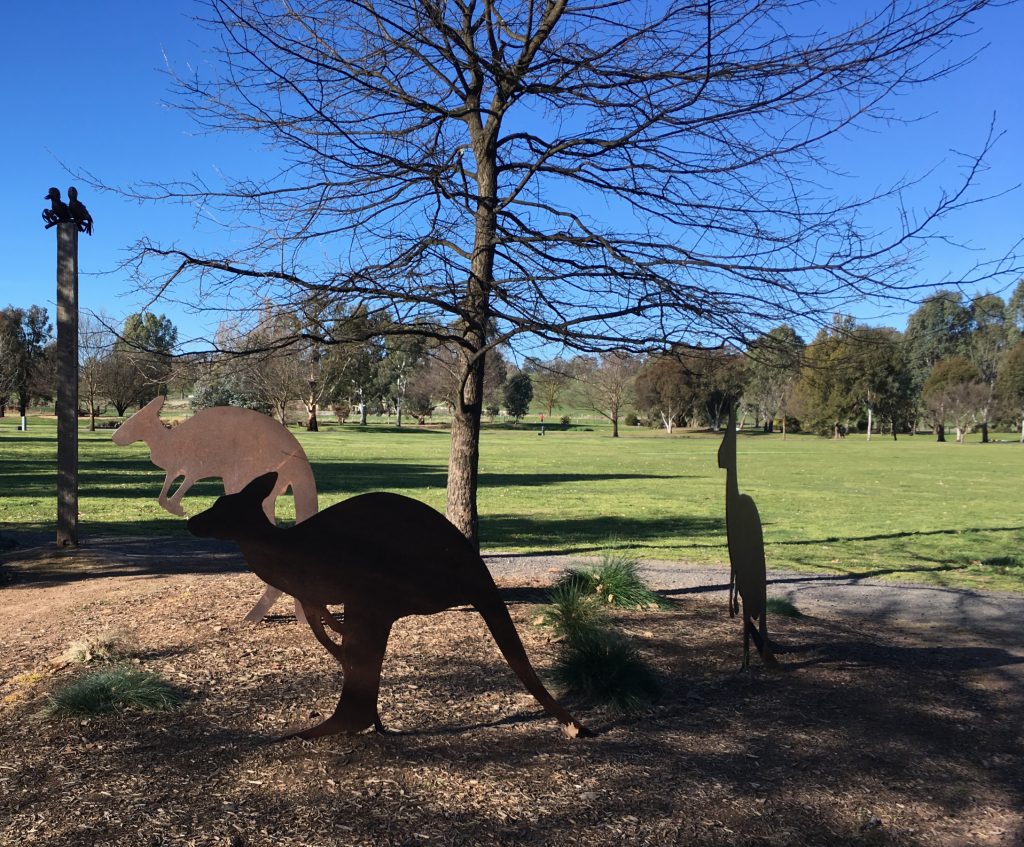 So why spend hours slogging to an alpine hut when it’s most likely already been ruined by a spud in a 4WD? Here’s a piece of Australian heritage that can be ruined by all comers—a far more egalitarian state of affairs. And ruin it we did!  And then it was off to the Mansfield bakery for round two. 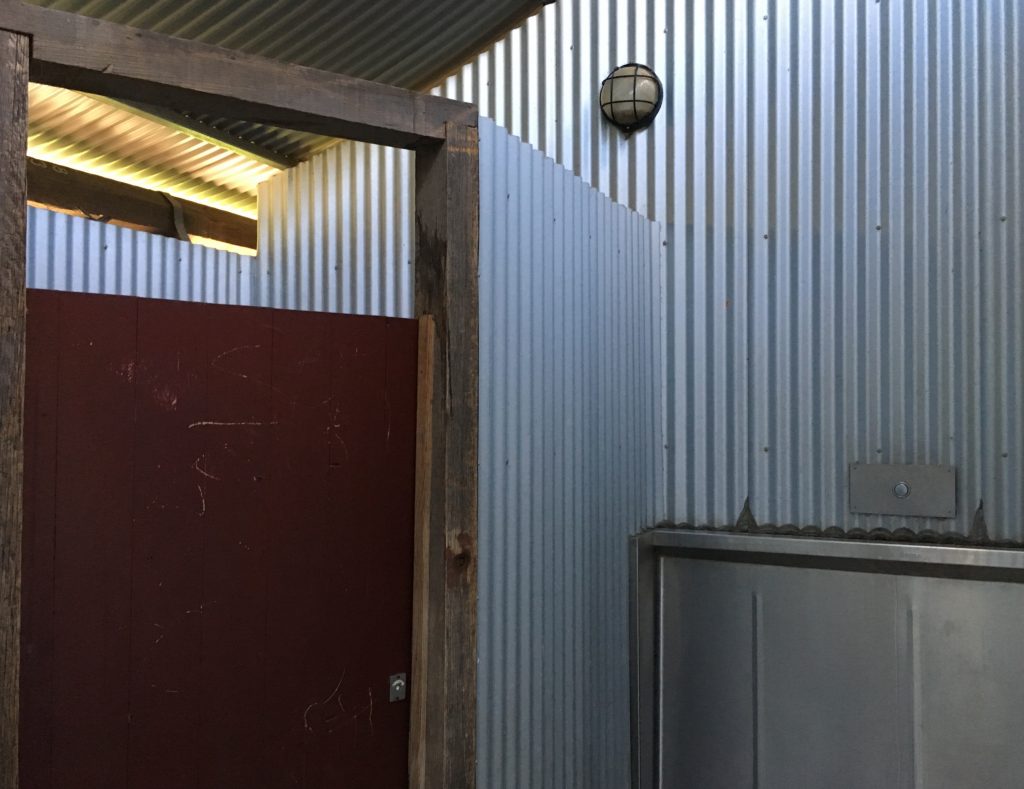