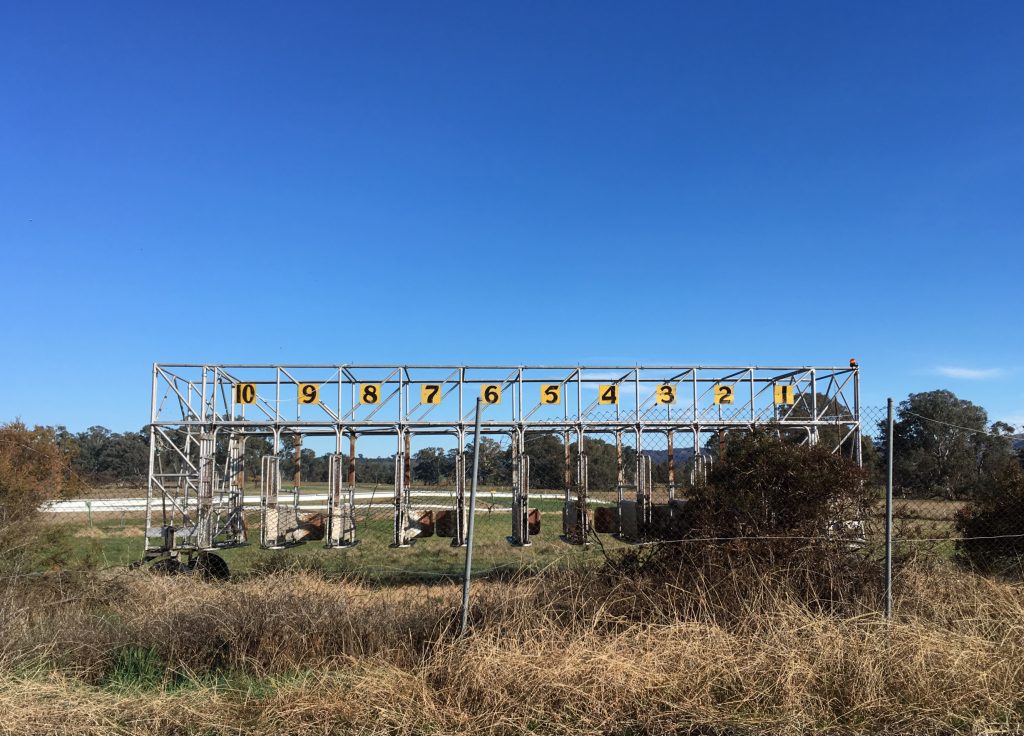 Now the poor domestic brumby has gotten a bad rap of late. When he’s not trampling the surf beach nests of our beloved hooded plovers or irresponsibly blowing his open-top carriage ride money on things other than upgrading his squalid inner-city living conditions, he’s forcing people to wear single-use suits and garnish their hair with whatever the cat brought home last night for a bit of Organised Spending on their day off, when they COULD be at home in their trackies watching reruns of mid-1990s Bana/Micallef-era Full Frontal. 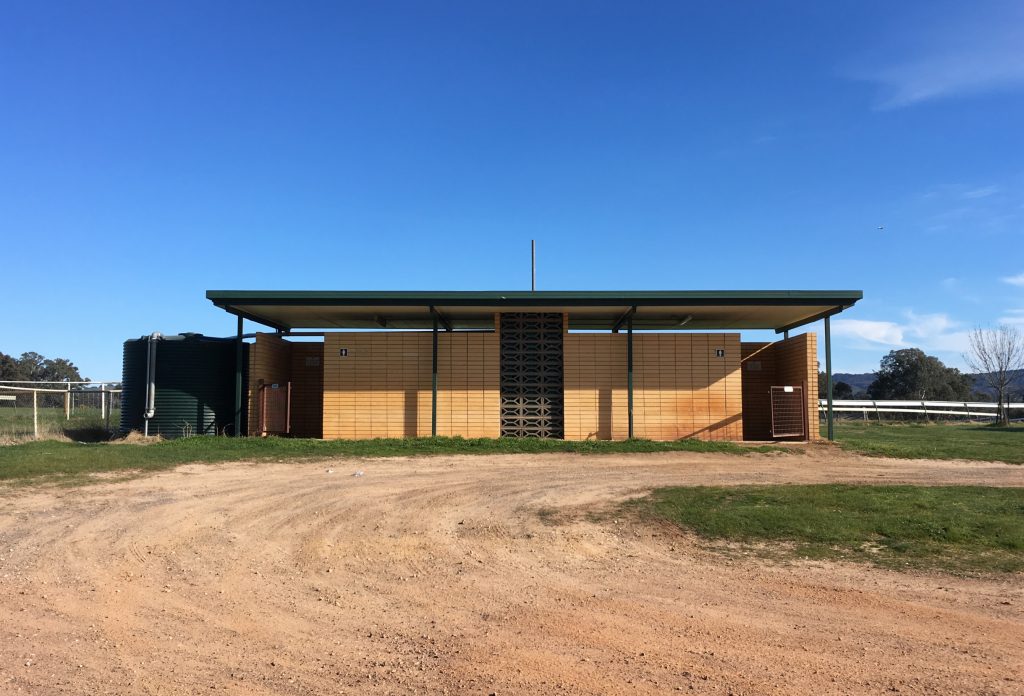 Don’t stand for it! Put the $300 you would’ve spent at Tarocash toward a quarter-tank of unleaded petrol and choof off to a non-race day at the Merton Race Club for a bit of country quiet time and a visit to this magnificent low-slung public dunny. 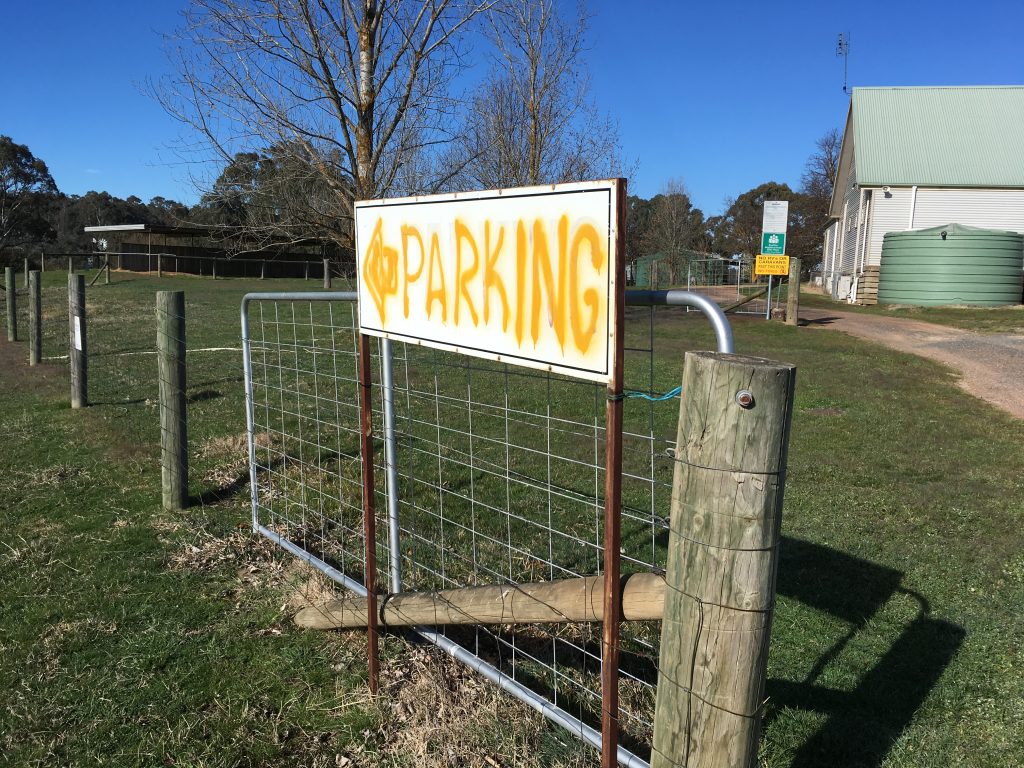 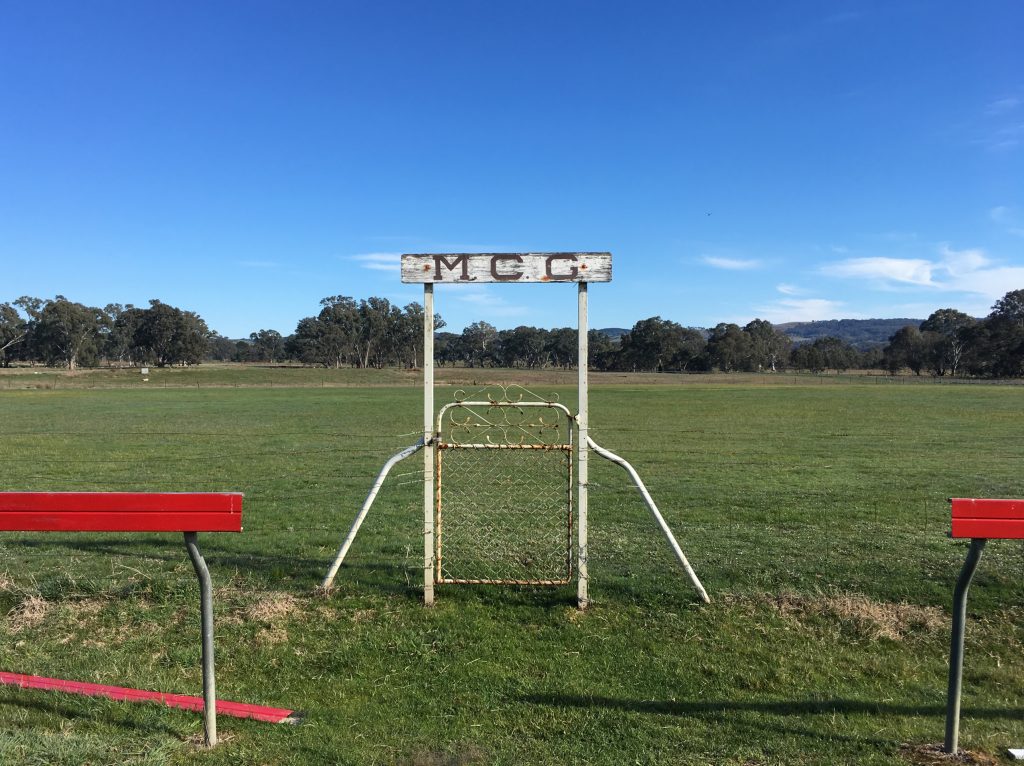 …and a far more relaxed MCG—the Merton Cricket Ground—in the middle of the racetrack. 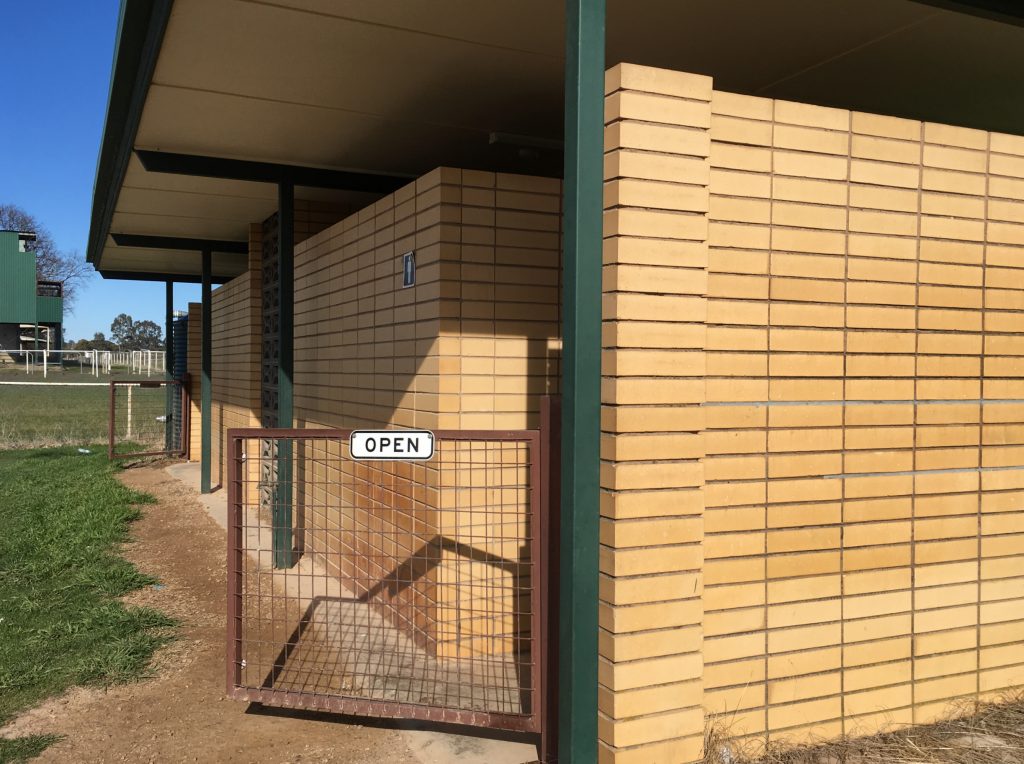 The dunny is designed for durability and capacity, and even comes with its own set of barriers to let you and your mates stage your own Merton Cup—load them into the gates, first one around the grandstand after the jump and back into the dunny to wee a funny picture in the urinal while your smaller mates beat them with whips is the winner, the loser gets shot, a horse is interviewed after the race and ask if he has any comment, says “nay”, what a bloody beaut day out! 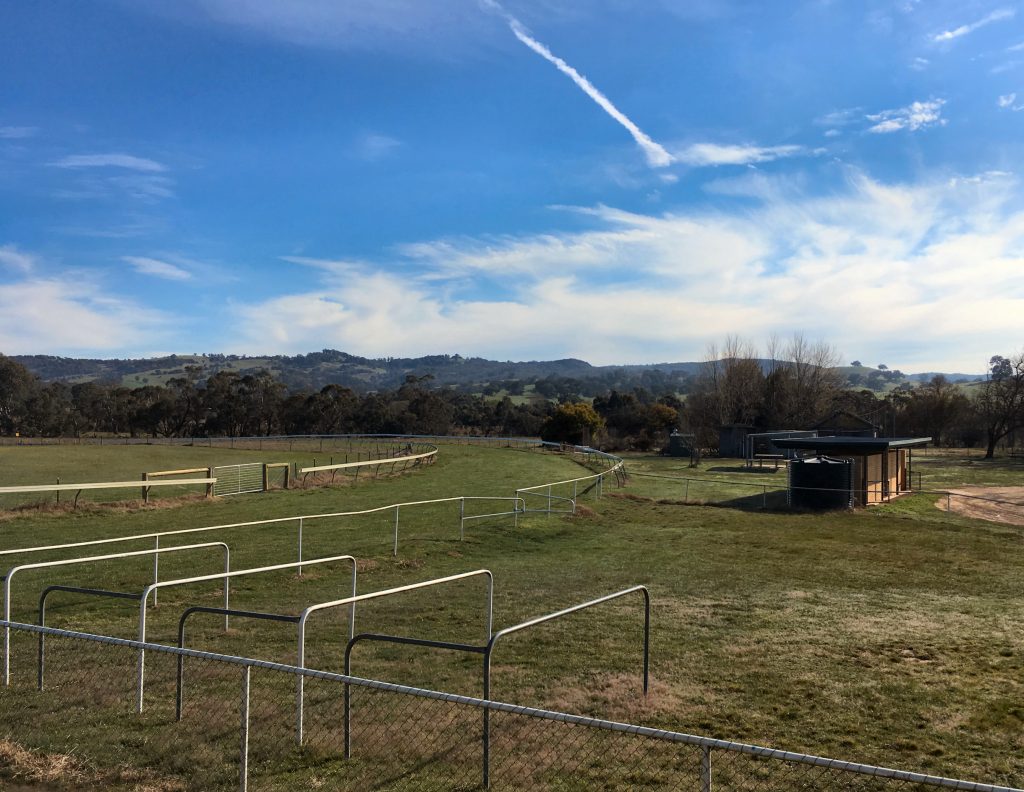