As soon as we found out the name Porepunkah came from a Hindi word meaning “gentle breeze”, the excitement grew. The captions would write themselves! 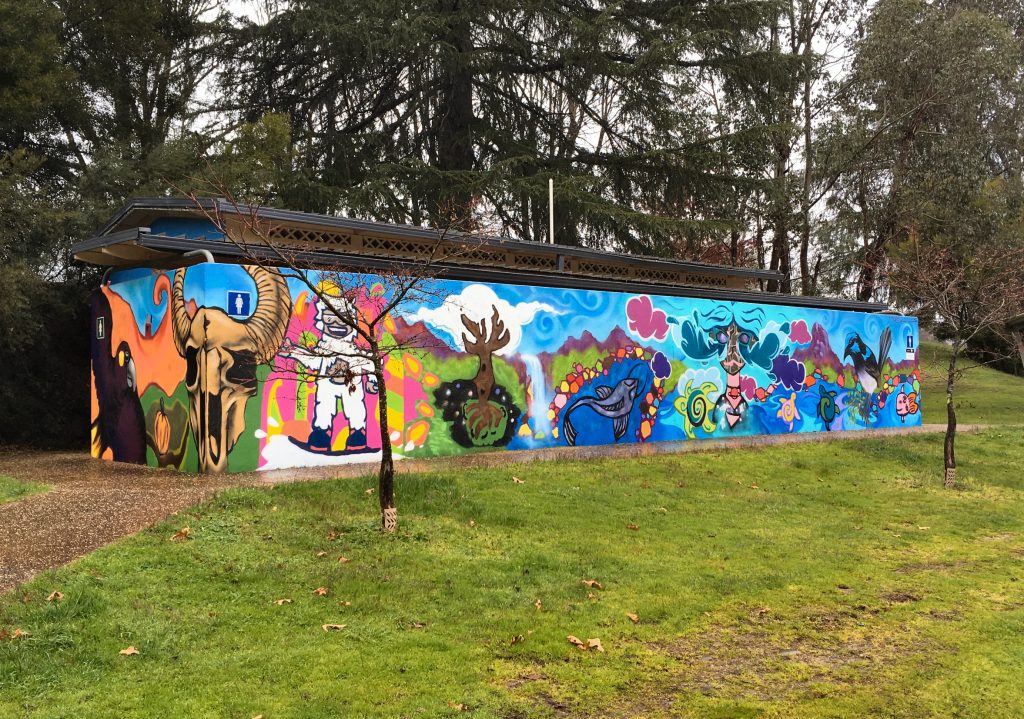 Wrong! The captions were barely required. It turns out Porepunkah is home to the Sistine Chapel of public toilets. And with a picture worth a thousand words, we’ll leave the fart jokes to you this week and get around this magnificent mural. 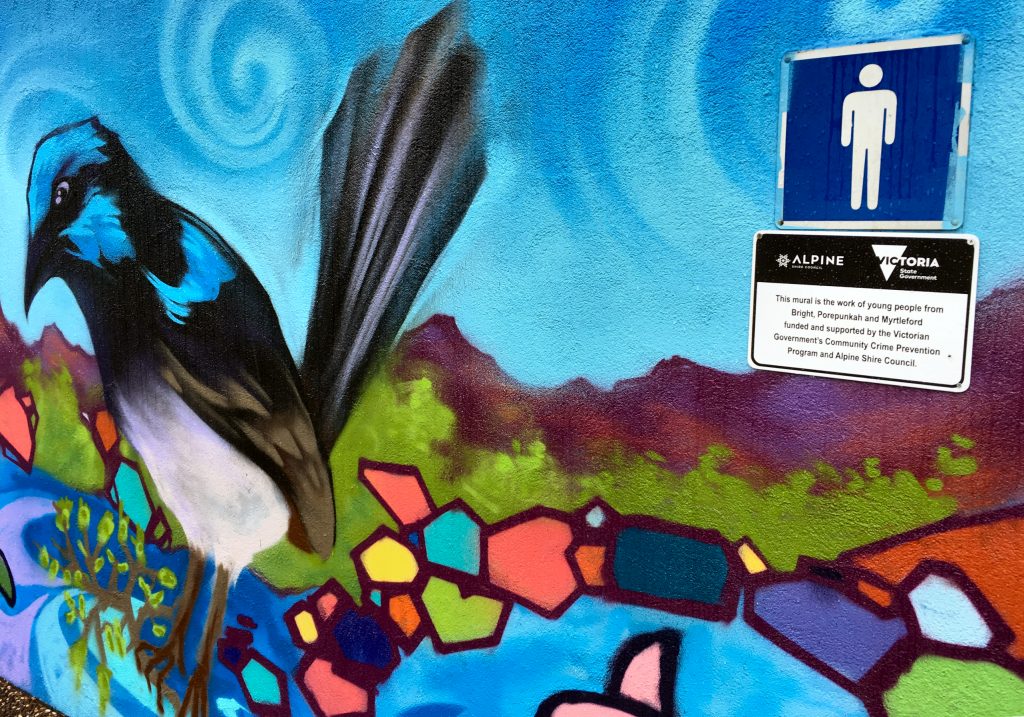 First up: credit where credit’s due. This masterpiece isn’t the work of an anonymous Michelangeloo, but instead a gang of local youths, issued with spraypaint by the Victorian Government and duly authorised by the Alpine Shire Council to cut sick (wholesomely). 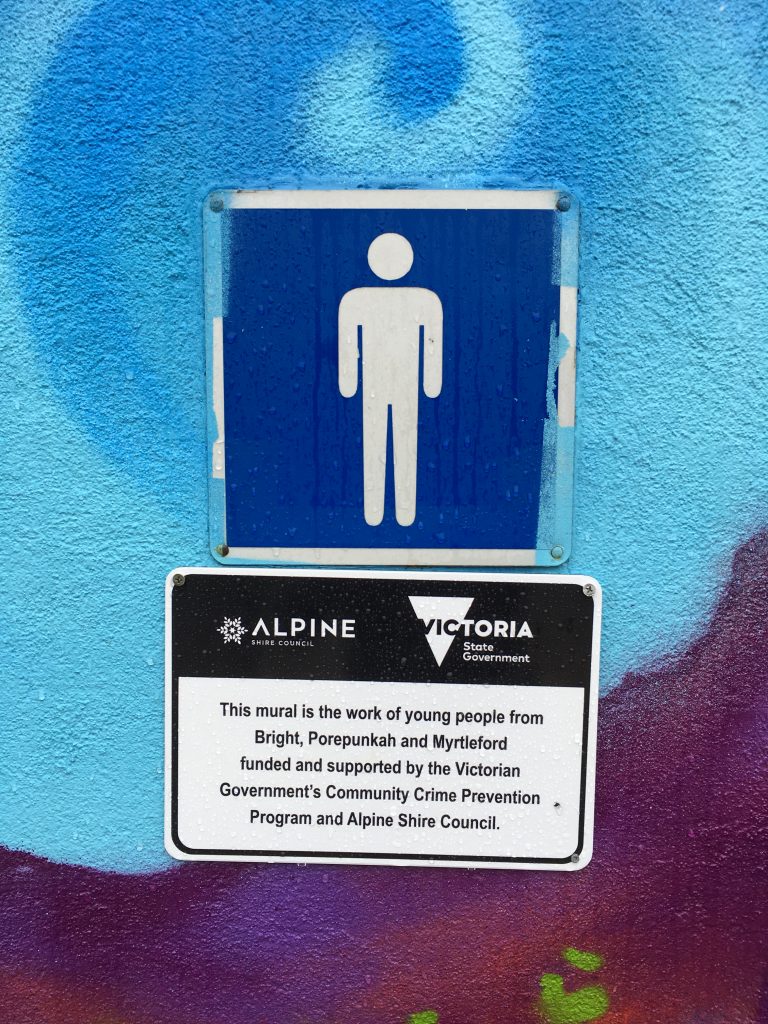 What a result. Young Kaidyn isn’t getting into any drugs or crime when he’s gotta get those blue wing coverts on a giant kooka just right. 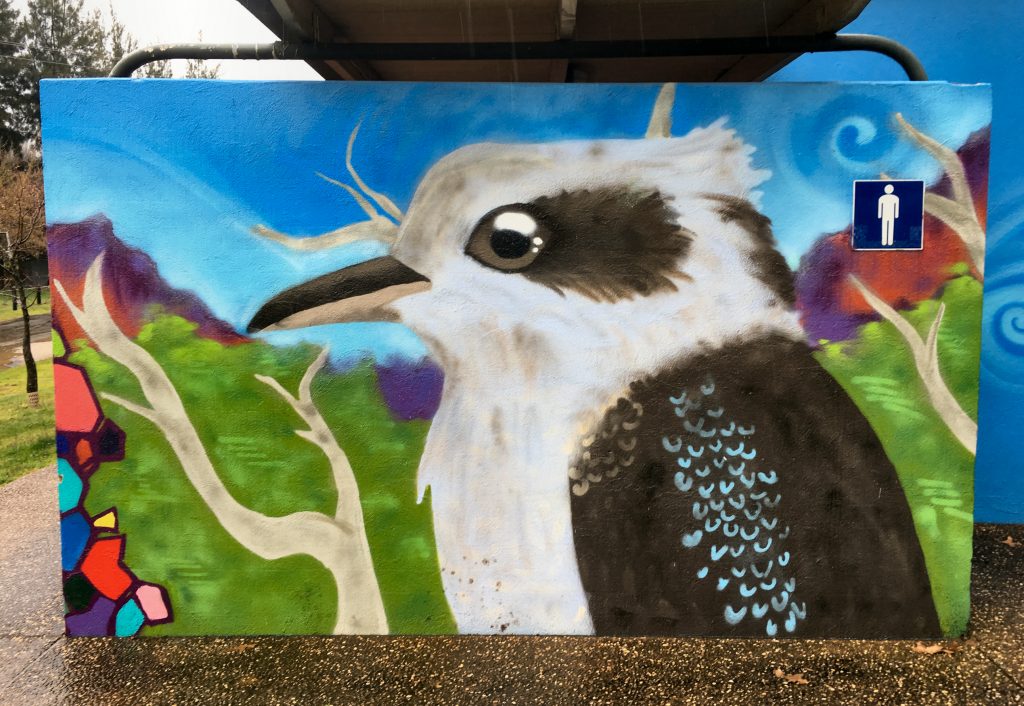 “Yeah you’d love a cock or two”, teenage wit Jacxson used to say whenever someone had the stupidity to profess their admiration for Australia’s favourite raucous, window-frame destroying parrot. Now he organises schoolyard discussion groups on how the yellow-tailed black cockatoo is a far superior mural subject than its non-Victorian red-tailed cousin. 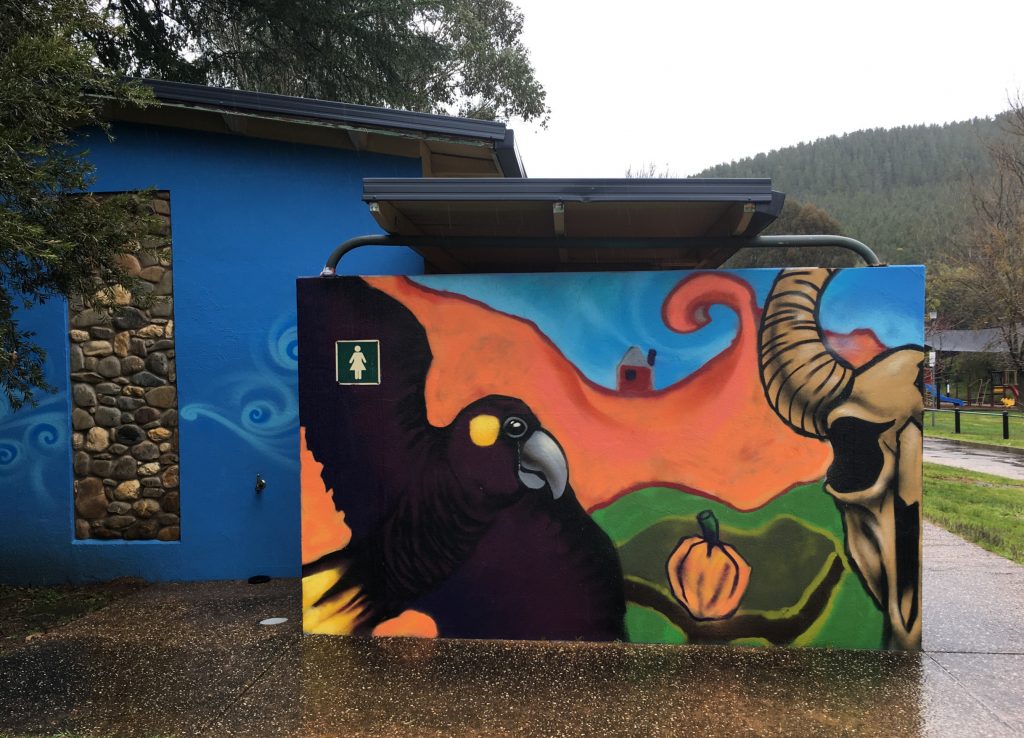 The inside of this joint is equally impressive, with sturdy double-brick construction and just enough roof to let in the gentle breeze whilst keeping you dry during business hours. 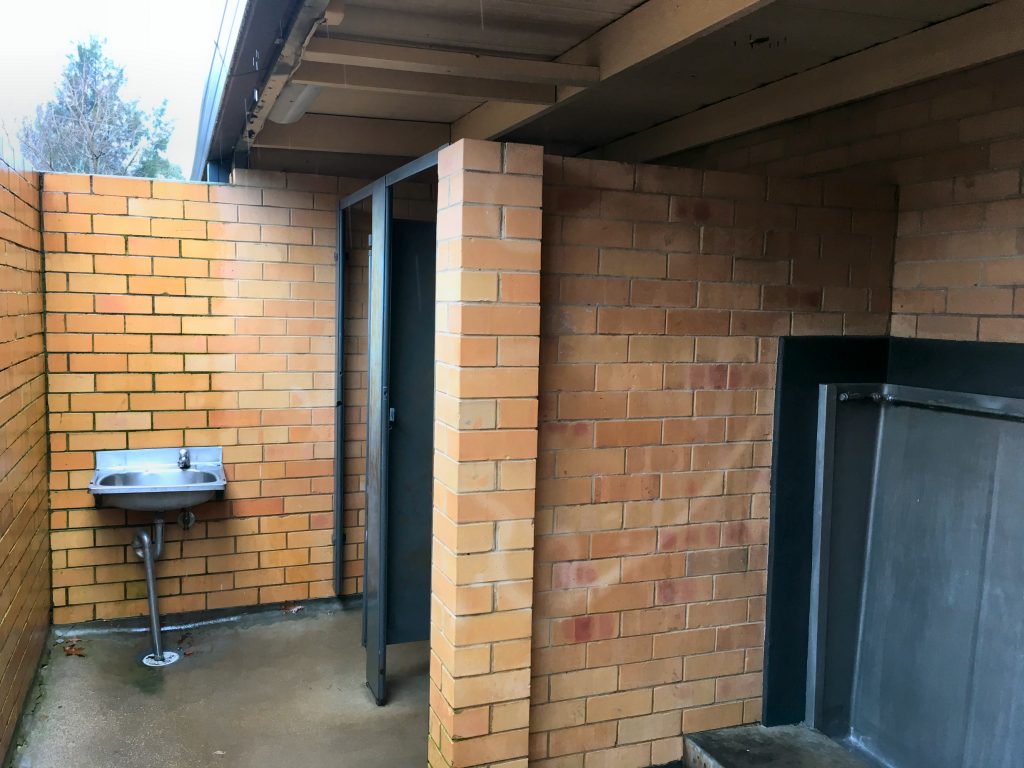 All in all, this is a real ripper of a loo—the brightest dunny we’ve seen on our travels so far (aside from the one up the road, brighter by virtue of being in Bright). 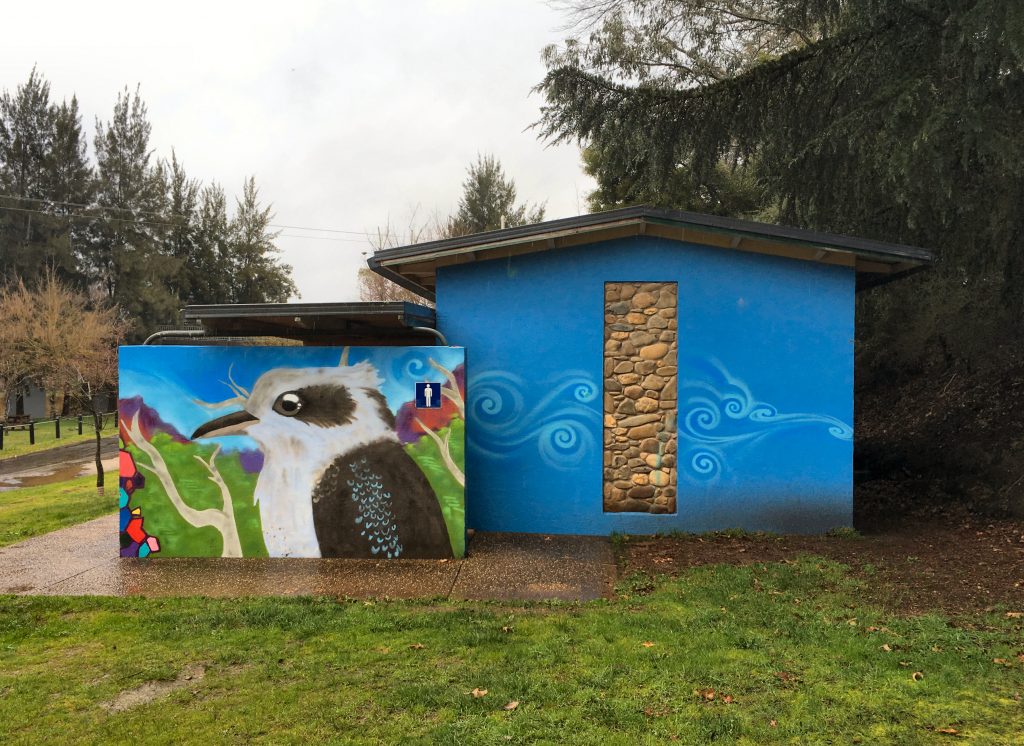