This is the Thomson Dam. It is a ginormously large dam. The reservoir it creates is equally ginormous no matter which unit of popular measurement you use: two Sydney Harbours, 628 MCGs, or 427,000 Olympic-sized swimming pools. If you had a shower in Melbourne during the drought years of 1997 to 2009, you owe that entirely to this dam. First conceived in 1968 in order to guard against the then-laughable proposition that Melbourne might hit 5 million people, the Thomson is a feat of engineering and foresight that only a publicly-owned state authority could pull off. 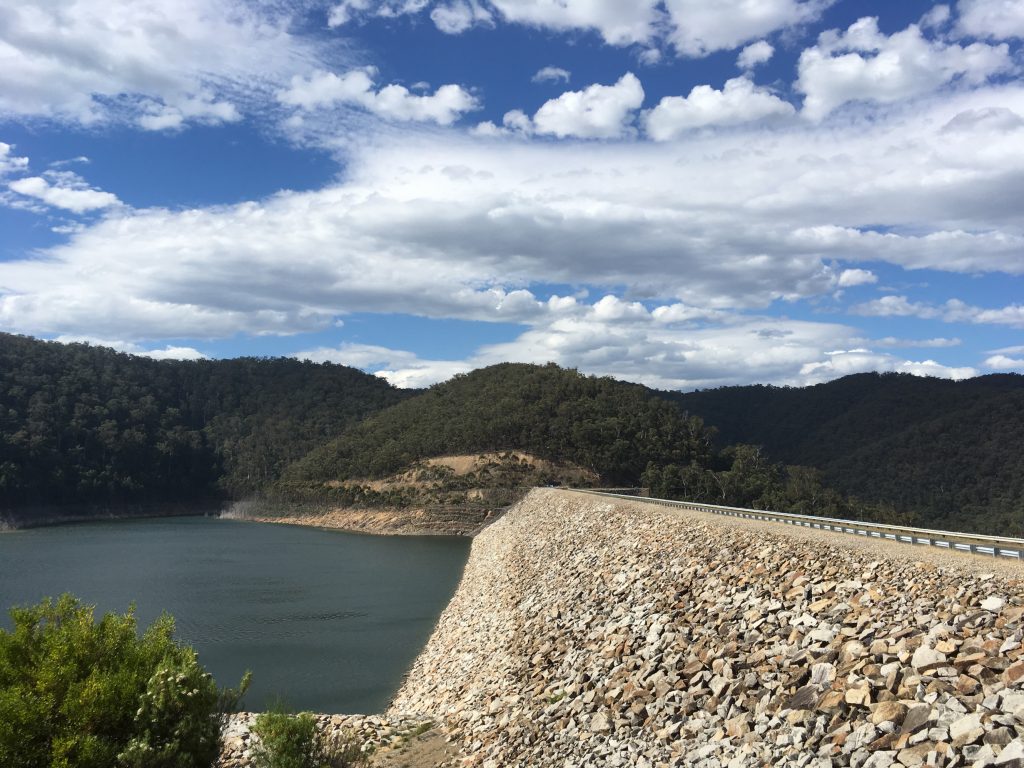 The nearby town of Rawson was built in the 1970s to house the thousands of construction workers who built the Thomson Dam. “The [water] board has attracted good types of people to its project”, says this informational video on Rawson, “due in no small measure to the quality of the living conditions provided”. Once we saw Rawson’s public toilet, we agreed: the water board cannot tell a lie. 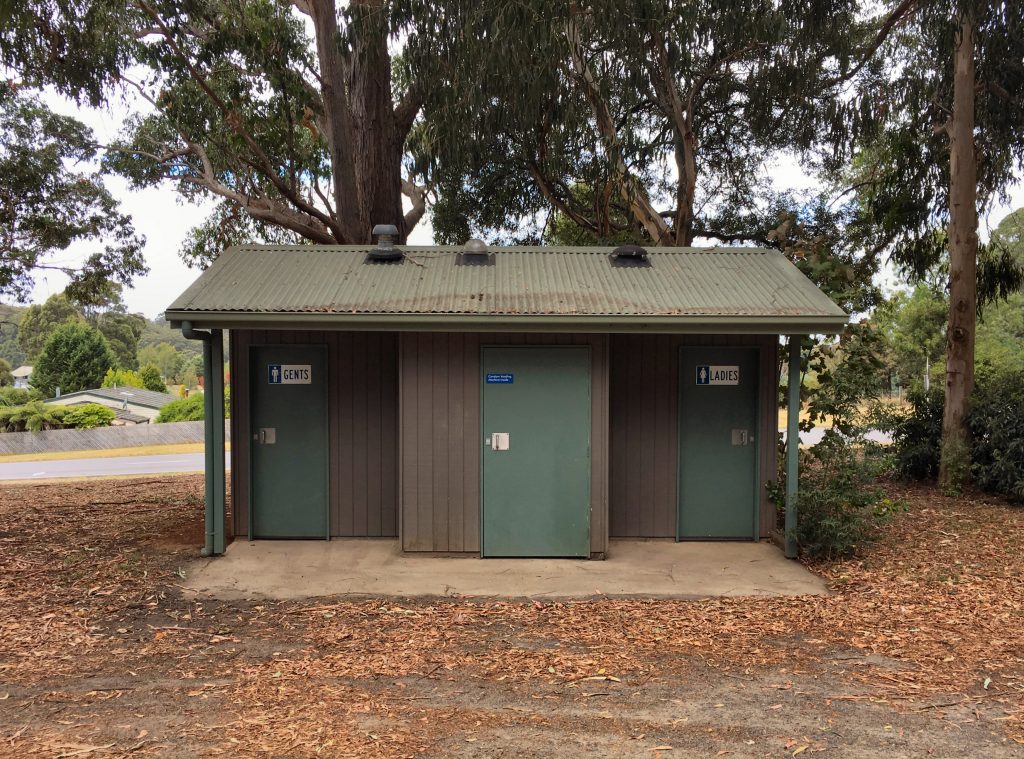 And we aren’t just talking about the great outback-style tin roof design. Quite appropriate for a town specifically founded to prevent the flow of vast quantities of liquid, the Rawson public toilet has one door dedicated to “gents”, one door dedicated to “ladies”, and a third very special door dedicated entirely to dingers (with accompanying braille that has almost certainly given at least one visually impaired person a rude/pleasant surprise). 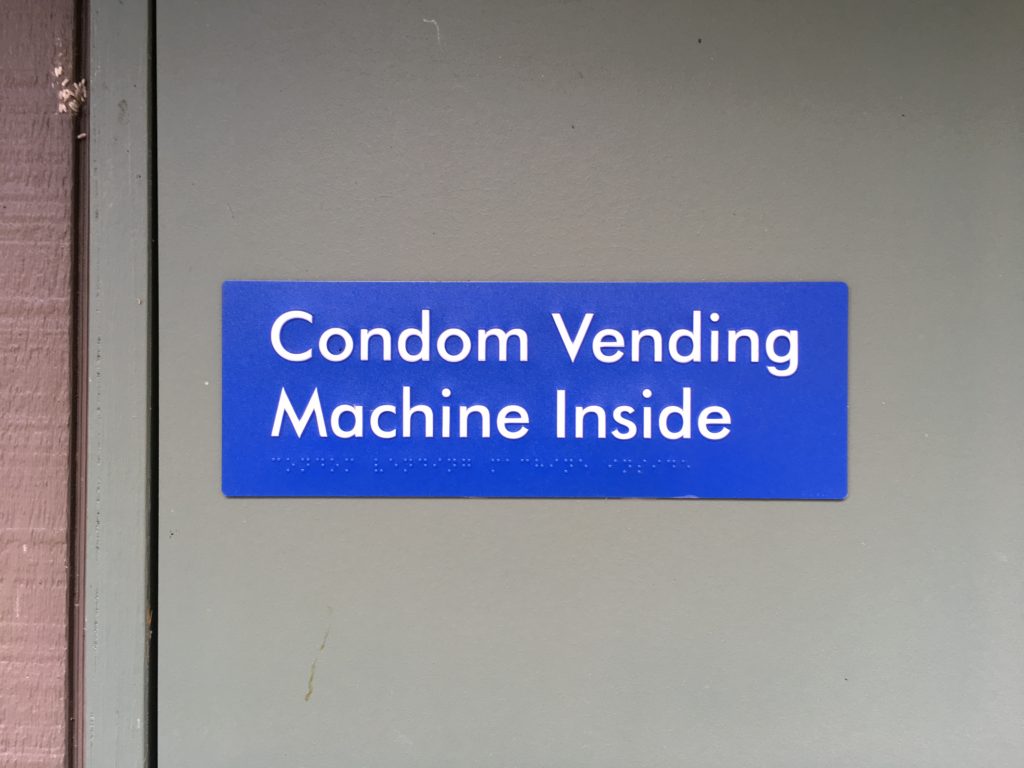 Some might say that this is obviously just the disabled toilet without correct signage and that the state water authority would certainly not construct a sex den in a purpose-built town for construction workers. We would reply (speculation only) that those handrails and waist-level folding table can be used for all manner of things. 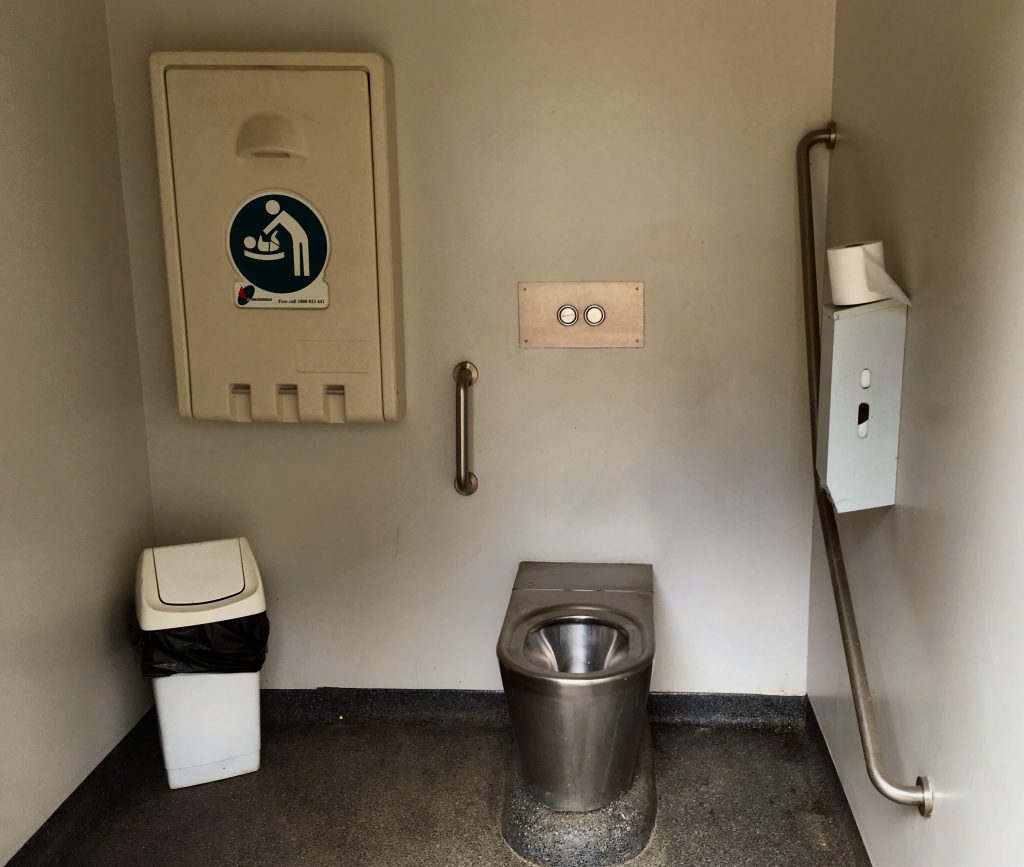 Pictured below is the advertised machine in all its glory (no braille here unfortunately; hopefully the franger itself is ribbed with a dirty limerick). It is protected by an “electronic alarm”—a dinger ringer. 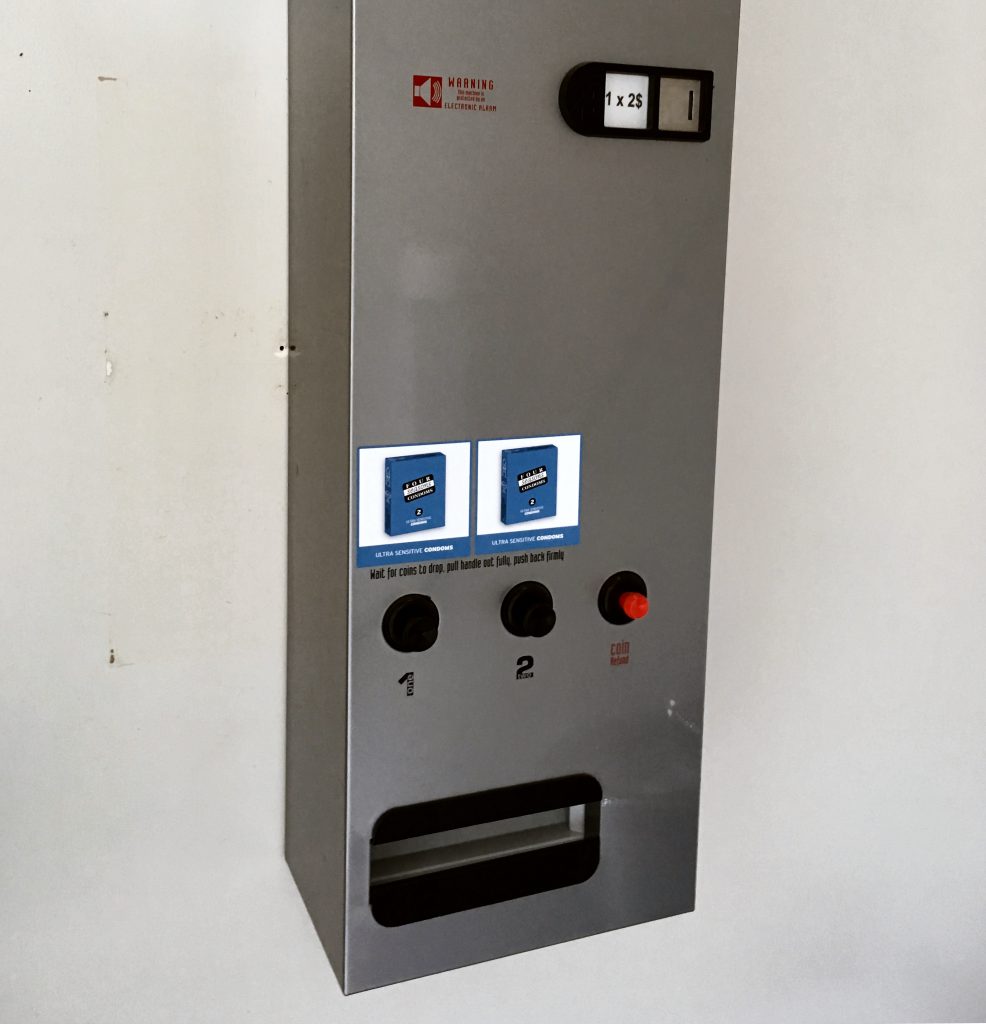 Outside the toilet is a nice gazebo with a well-used community noticeboard. 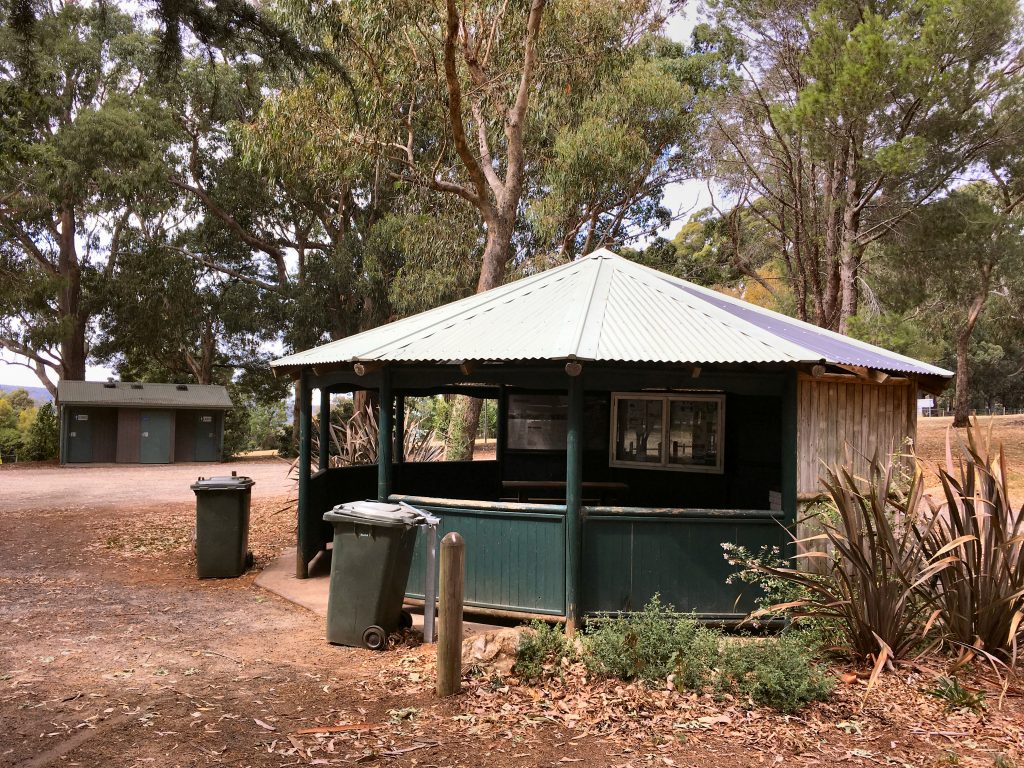 The below poster advertises “find a friend” on every third Tuesday, at this very spot. On a totally unrelated note, the dinger machine is restocked every third Wednesday. 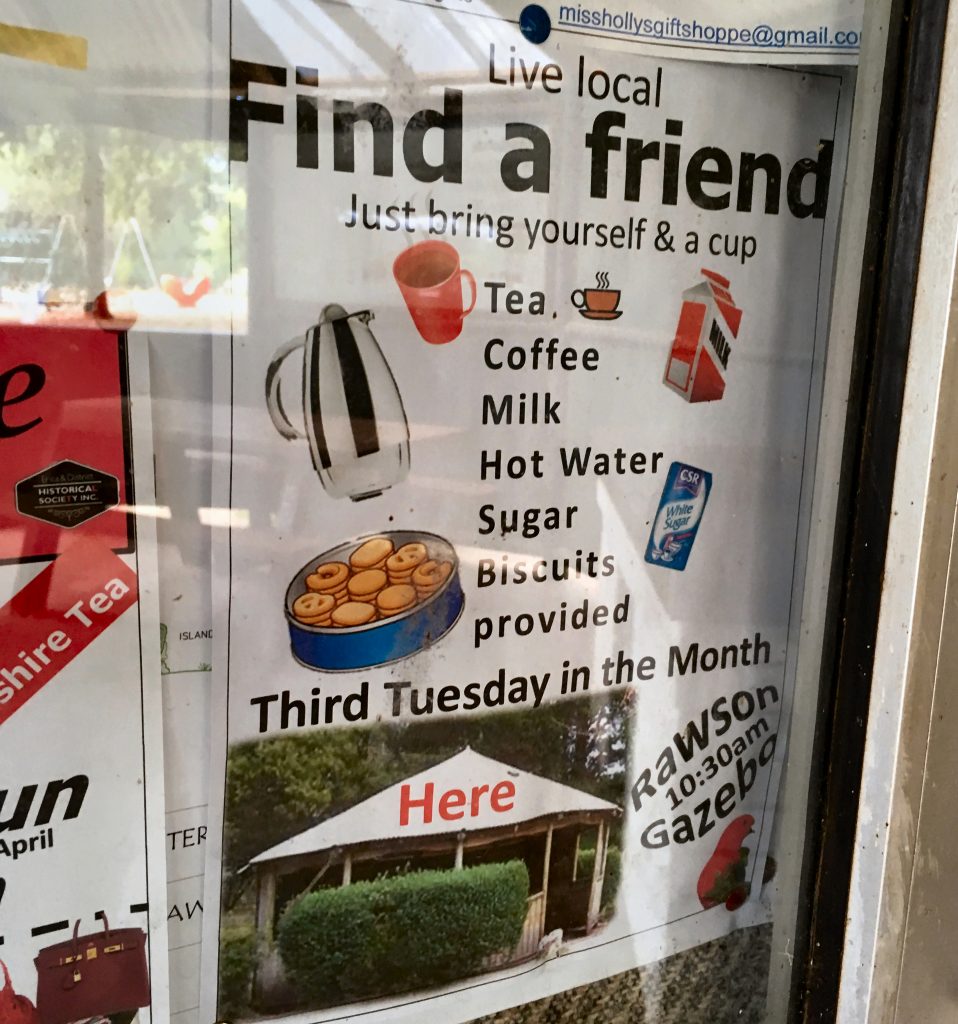