Thousands of people head to the Mallee each year to visit the reflective saltwater surface of Lake Tyrrell, yet miss the area’s true attraction—the minimalist symmetry of this low-slung bush block.  Not us! 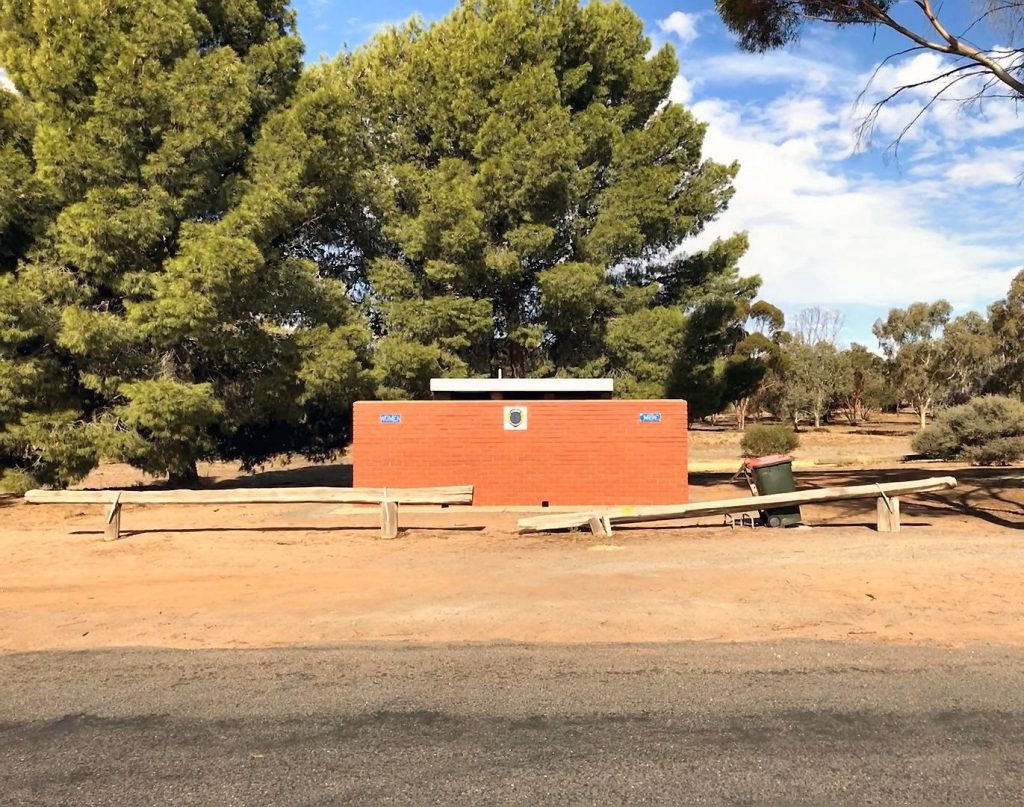 Actually, we were secretly hoping that this off-the-beaten-track dunny would allow us a glimpse of the elusive mallee fowl. Much to our disappointment/relief this was probably the least fowled part of the Mallee—it was in spotless condition. 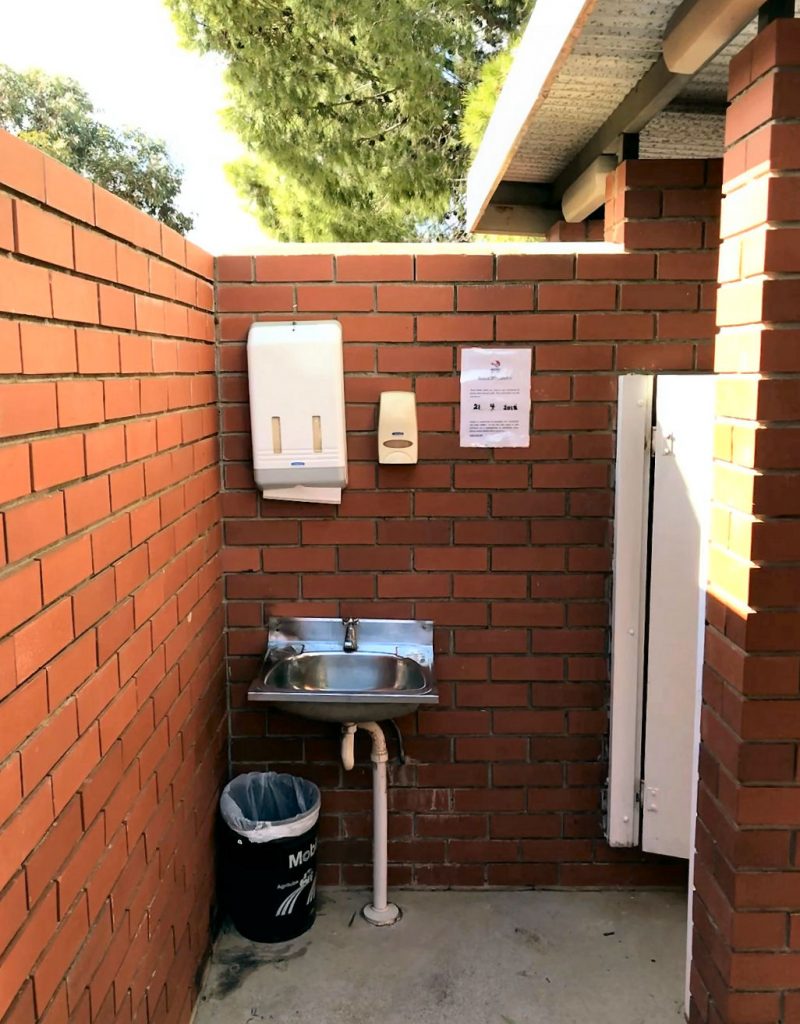 One way or another, Sea Lake takes its name from the salty expanse of Lake Tyrrell. The common wisdom holds that it was straightforwardly named  for the resemblance between lake and ocean. Another story tells that an intrepid traveller was so taken by the lake’s beauty that he scribbled up a rudimentary map, an arrow, and the caption “see lake” (this was presumably well before the Lonely Planet).  And the rest, as they say, is history. 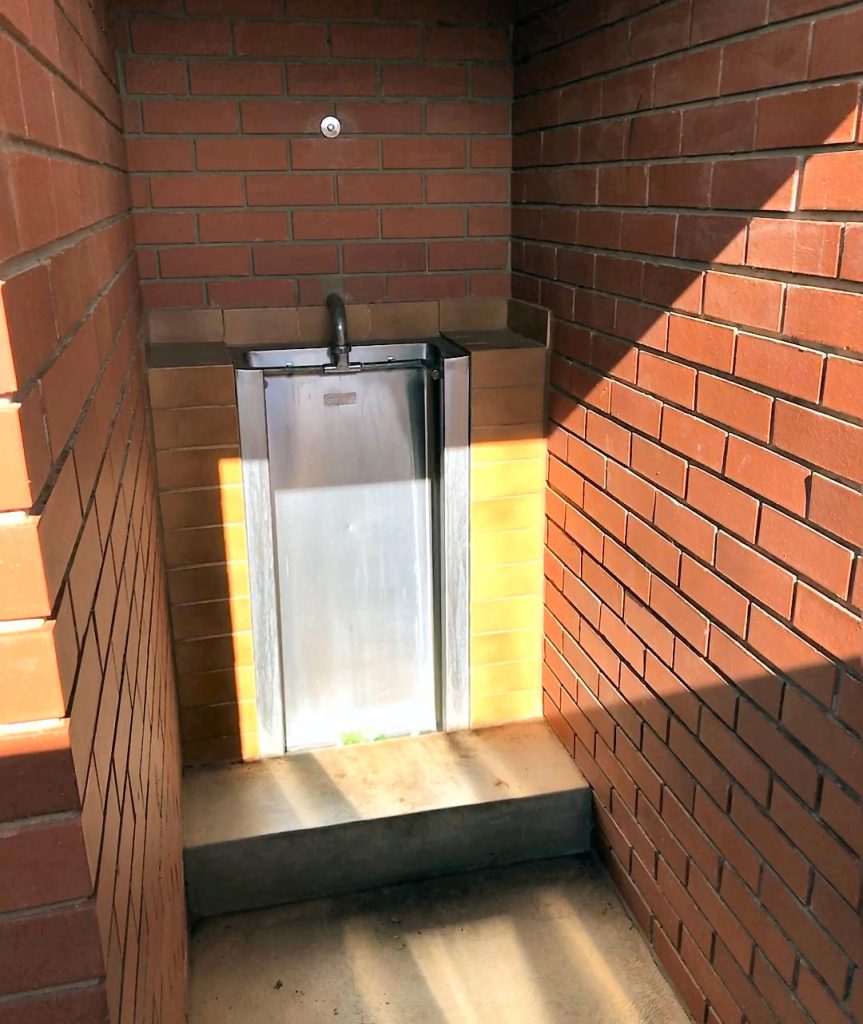 They also say that there is nothing more satisfying than a piss with the sun on your back. 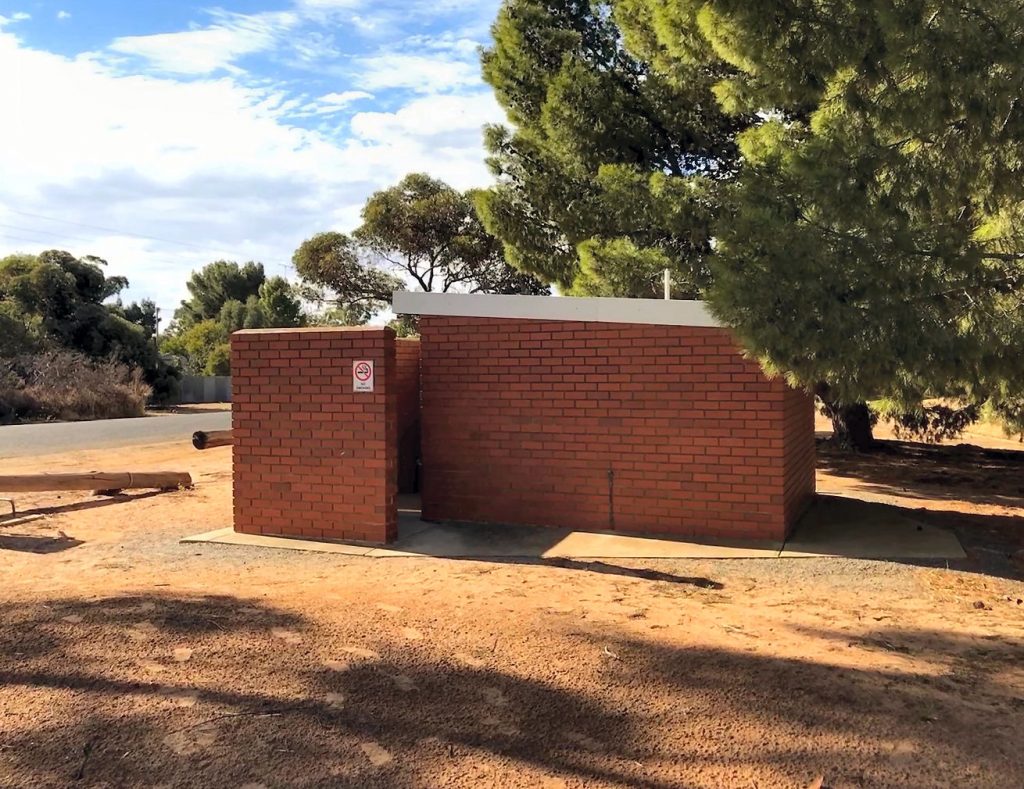