The Strathbogie Ranges are Victoria’s best kept secret—and very fertile public toilet territory.  The hilly country has kept the villages up on the plateau nice and small, and makes getting there half the fun. 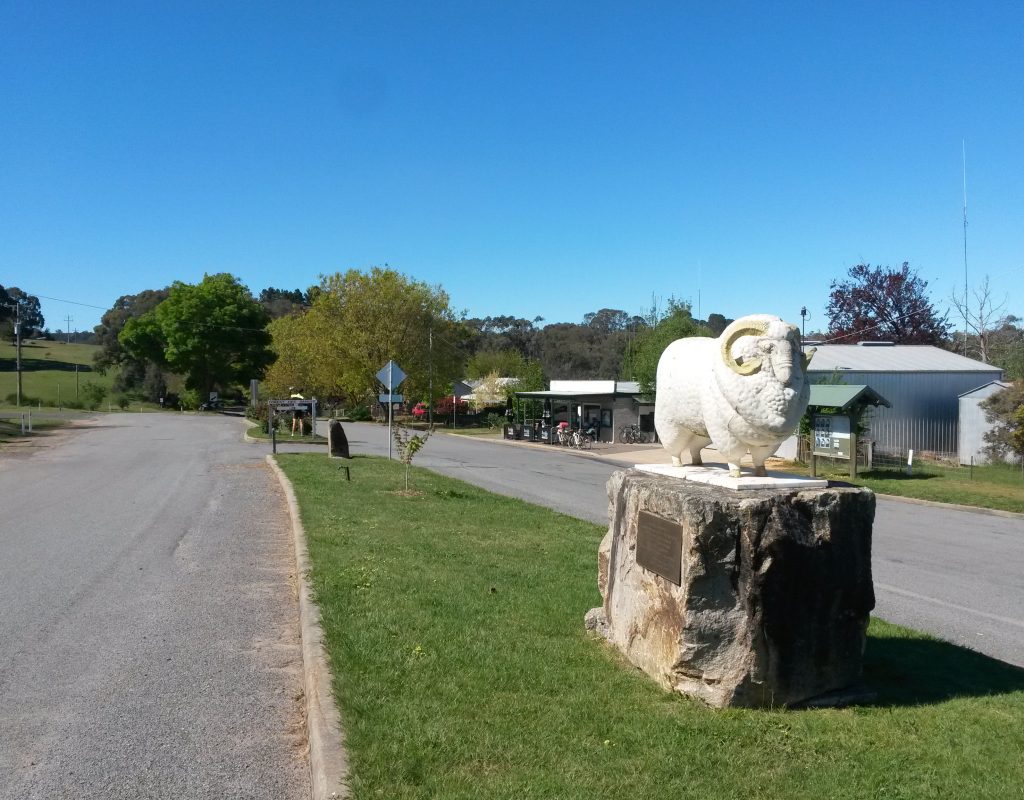 On the climb up to the Strathbogie Ranges’ eponymous town, there’s a chance to call at Polly McQuinn’s swimmin’ hole, which is named (in the tradition of Malvern’s Harold Holt swimming centre) after an early settler named Polly McQuinn who mistakenly drove his horse-and-buggy directly into the swimmin’ hole (as it then wasn’t) and drowned. 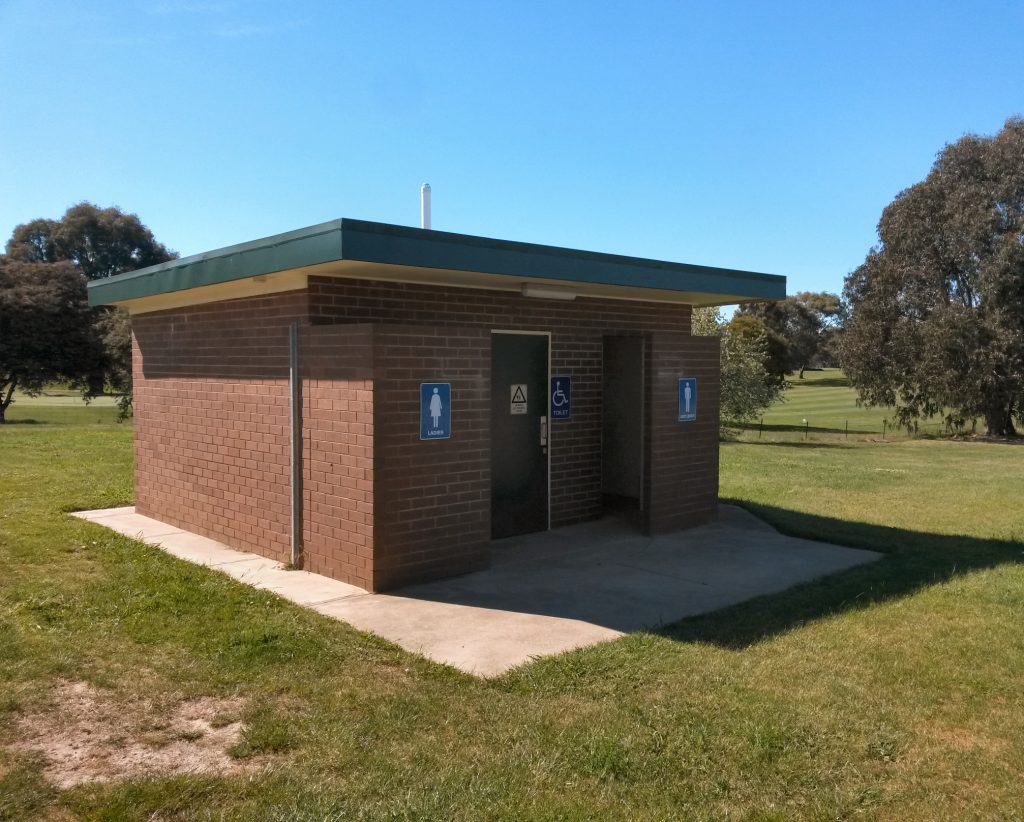 Polly McQuinn, you may be surprised to learn, was a fella, and was only dubbed “Polly” after being unable to grow a beard. In both grooming and horsemanship, it seems poor Polly could have benefited with—wait for it—a close shave. 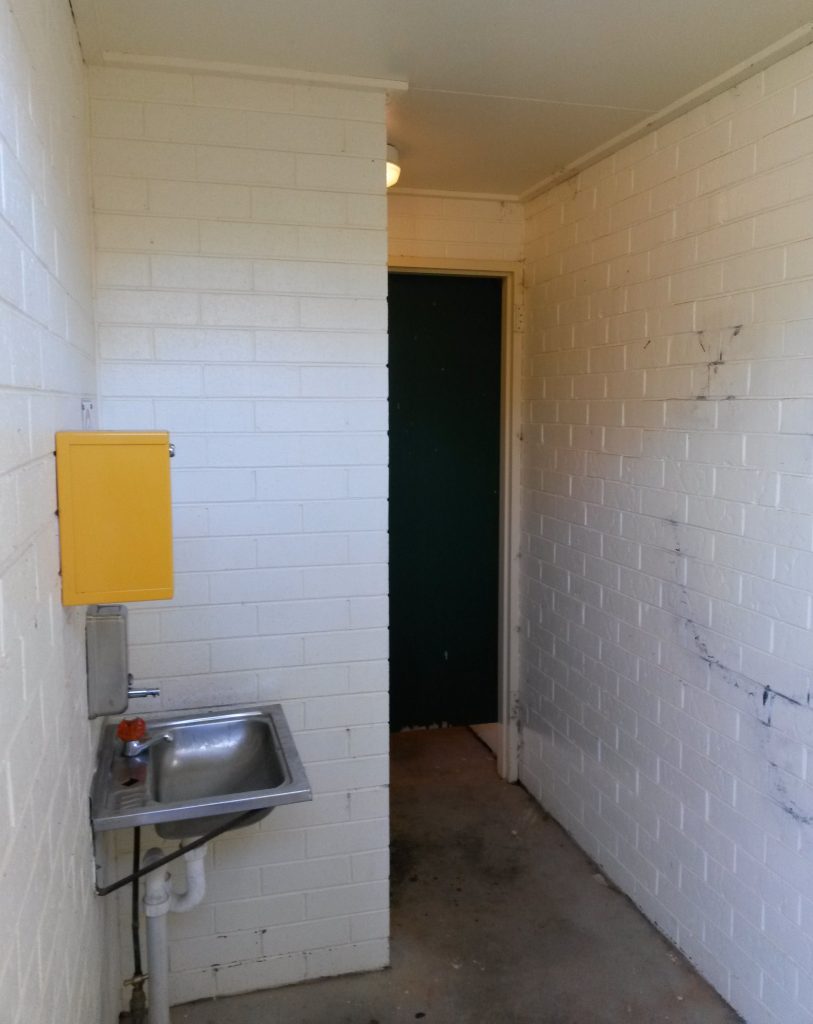 Strathbogie itself is also excellent. There is only one coffee shop in town, which proudly boasts that it has the best coffee in town. We had a biscuit there, and were shouted at by the proprietor for leaving the front door open. Rightly so! 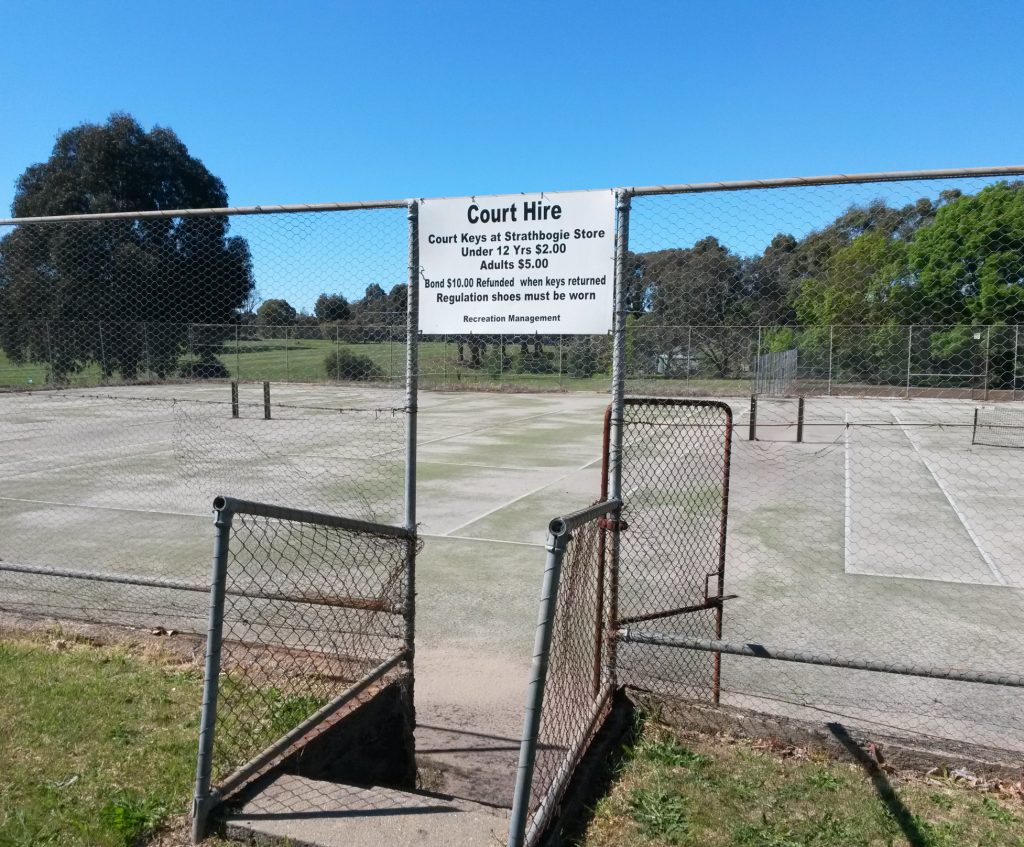 The coffee shop also handles the tennis court hire—an honour system if ever there was one, given the court is unlocked and a couple of kays out of town. 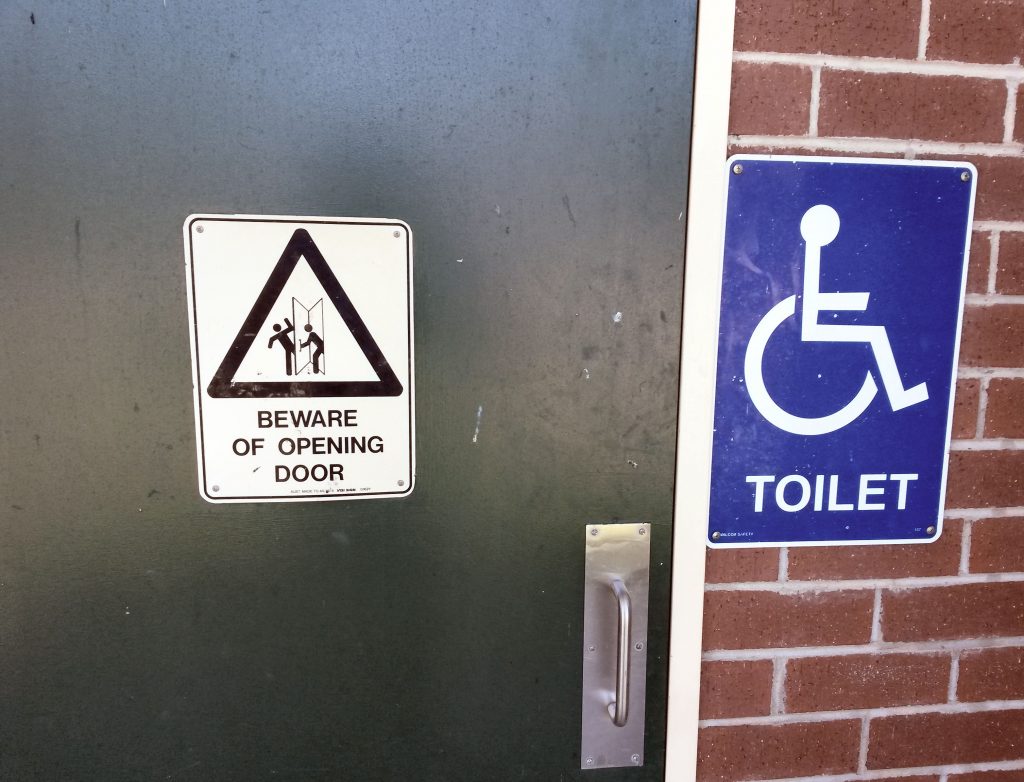 But nowhere is perfect.  Here is a door that takes things a little too seriously.