Some people think the ultimate in convenience is making some poor sod cycle through the rain to deliver them a cold, out-of-shape, expensive burger.  That’s not convenience!  This is convenience—a public dunny in Woods Point, quite possibly the most isolated town in Victoria. 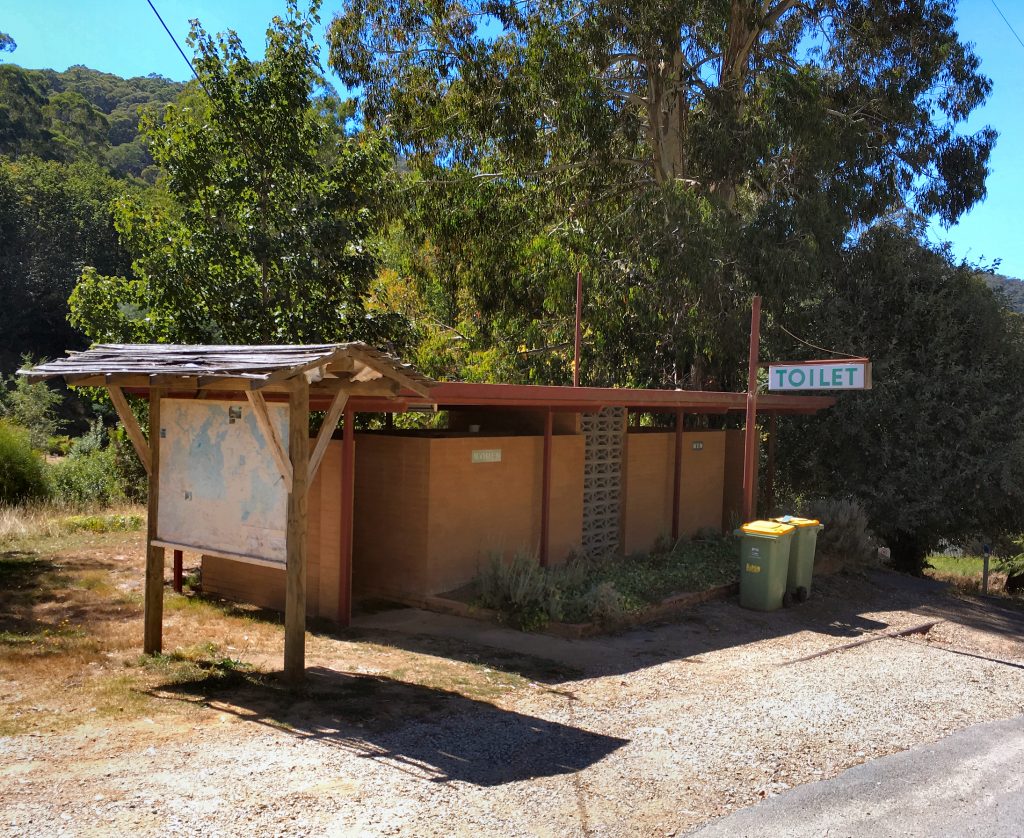 Strong bladders need only apply, because getting to Woods Point (population: 94) is a true adventure. The two classic approaches are both down unsealed, mountainous, and heavily forested roads where you’ll be lucky to hit 40km/h. 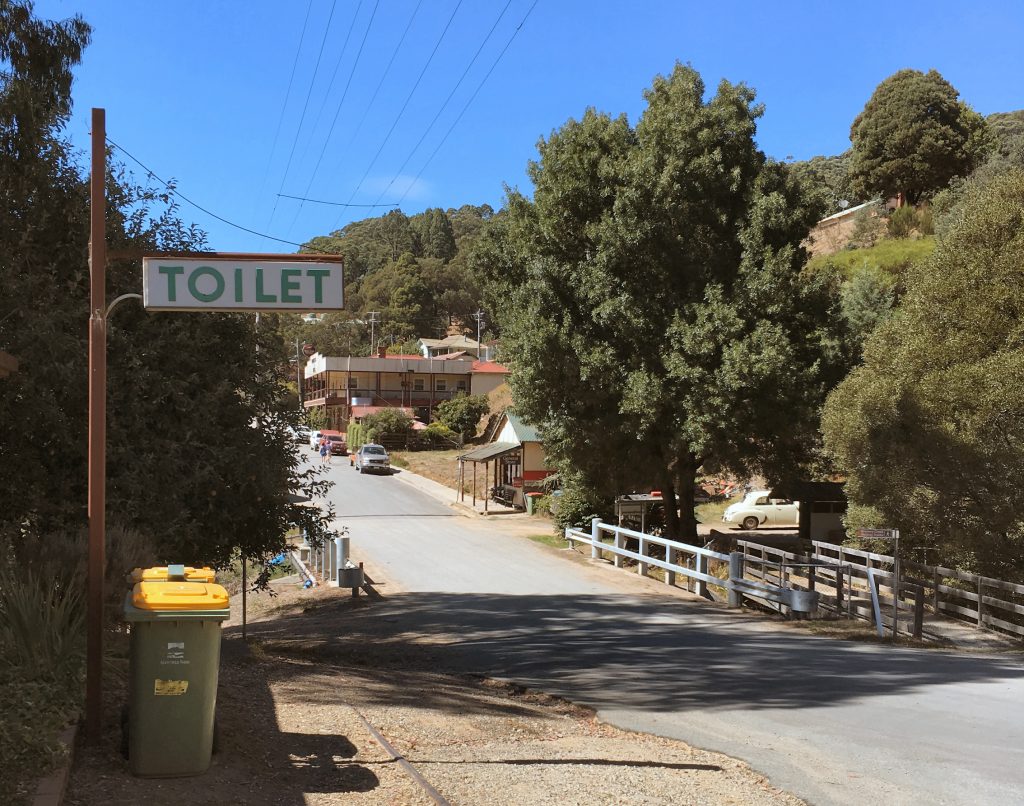 Classic option 2: head 80km north of Walhalla (always lengthened by the state of the road, which our trusty Rooftop Map generously describes as “in appalling condition”). 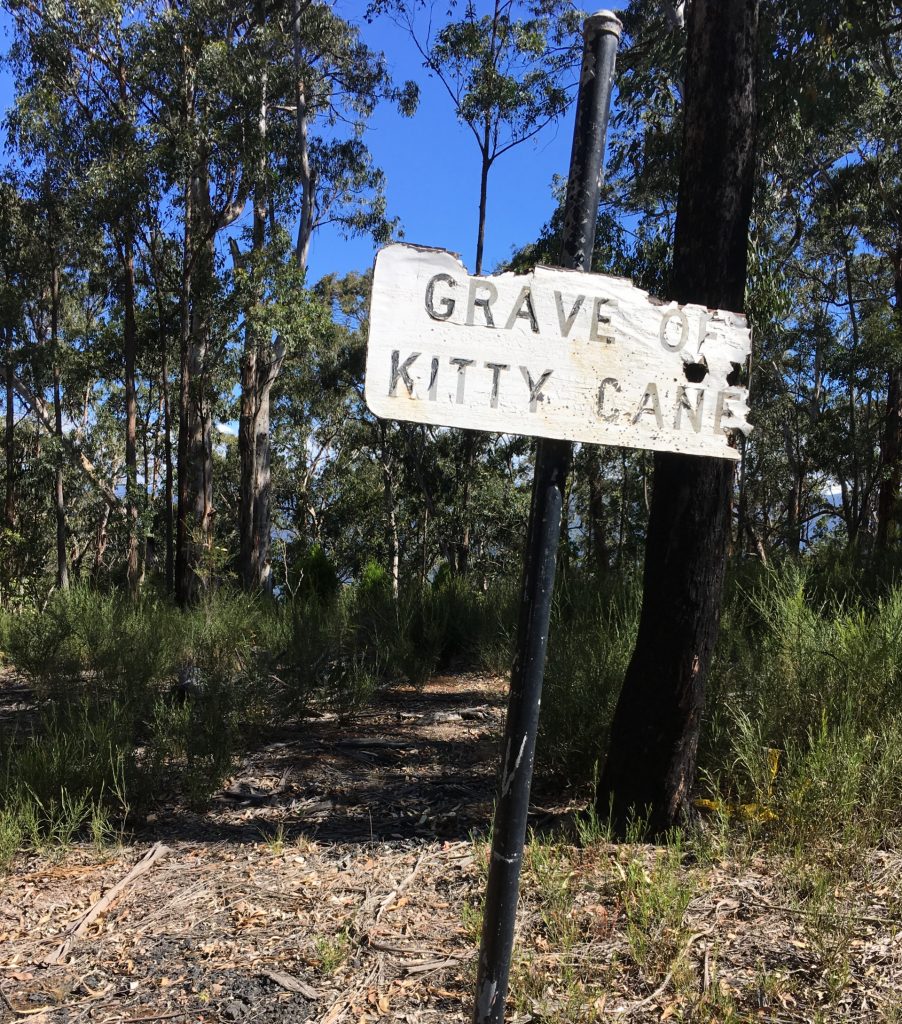 Plus, the entire area was the site of a 19th century gold mining bonanza, so you can add a couple more hours onto your travel time—there’s historical graves aplenty for adults, and abandoned mine shafts and rusty machinery for the kids. 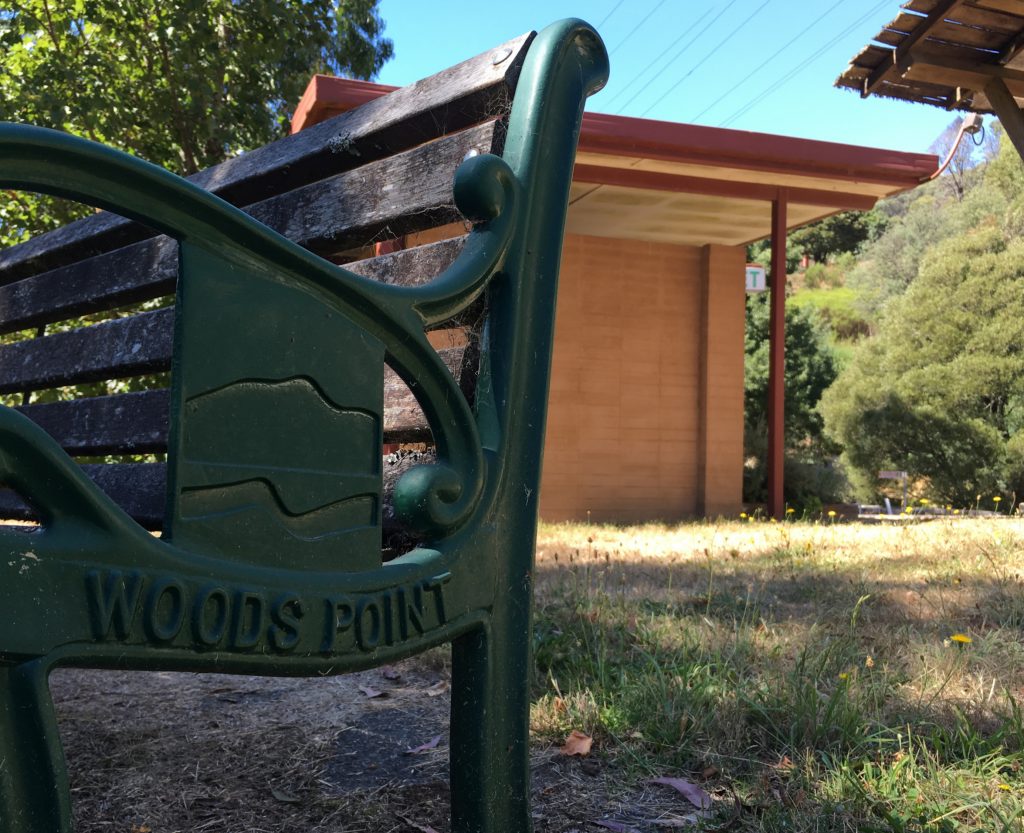 Monash University tells us that “prodigious wealth was earned from the mines, but it was mostly spent on costly consumer goods”. Those 19th century dills must’ve been a few lamingtons short of a CWA meeting—these days we’d never make such a foolish mistake. 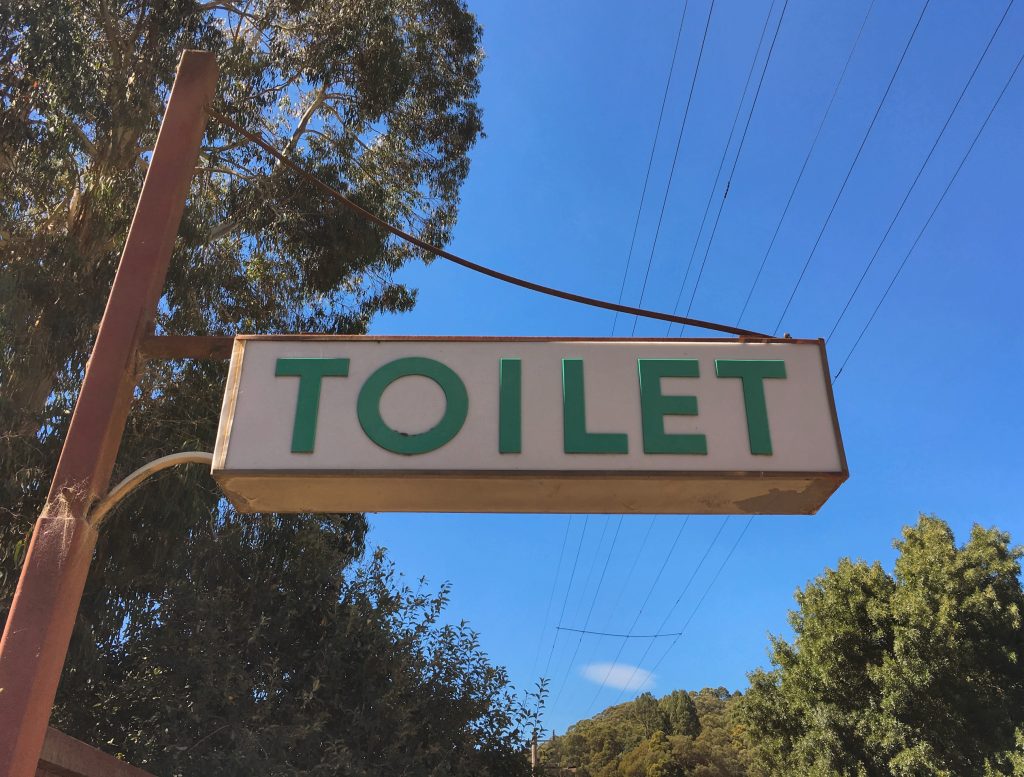 Anyway, once you actually make it to present-day Woods Point you’ll find it pretty bloody agreeable. It’s got a cracking pub, a general store, a barely metre-wide Goulburn River, and of course, these magnificent facilities with a golden glow in the brickwork. 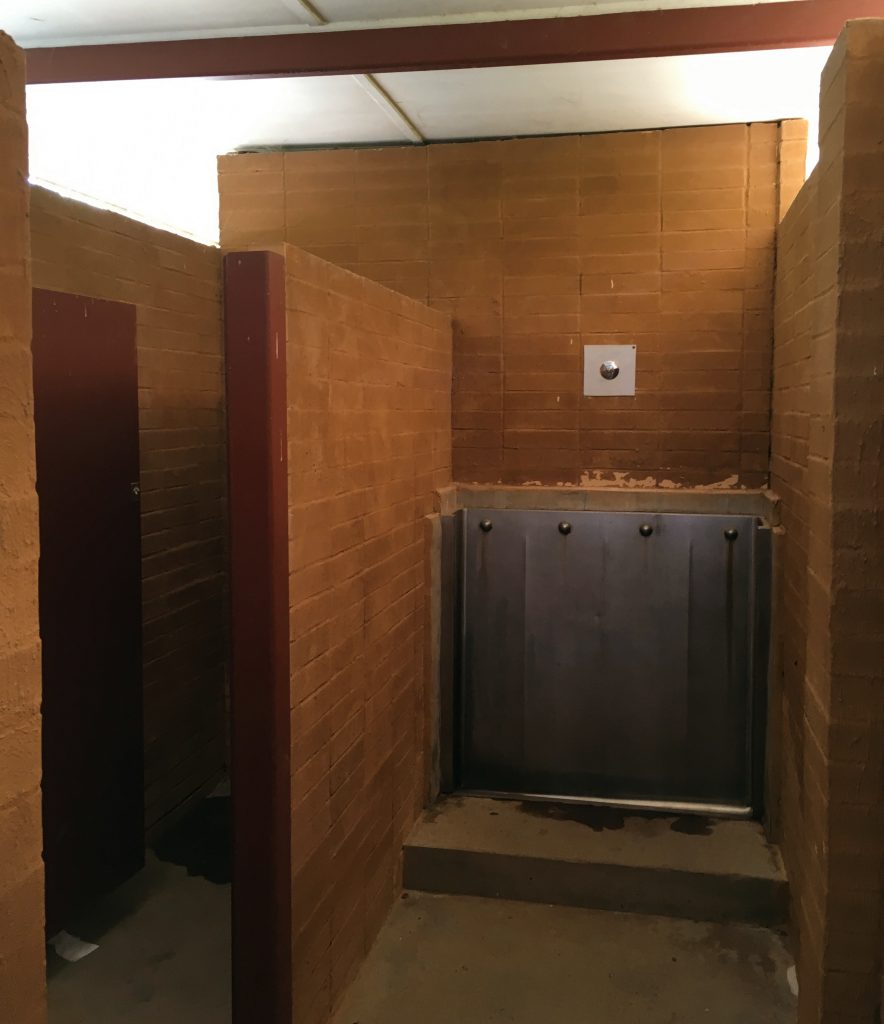 And right next door is the servo… 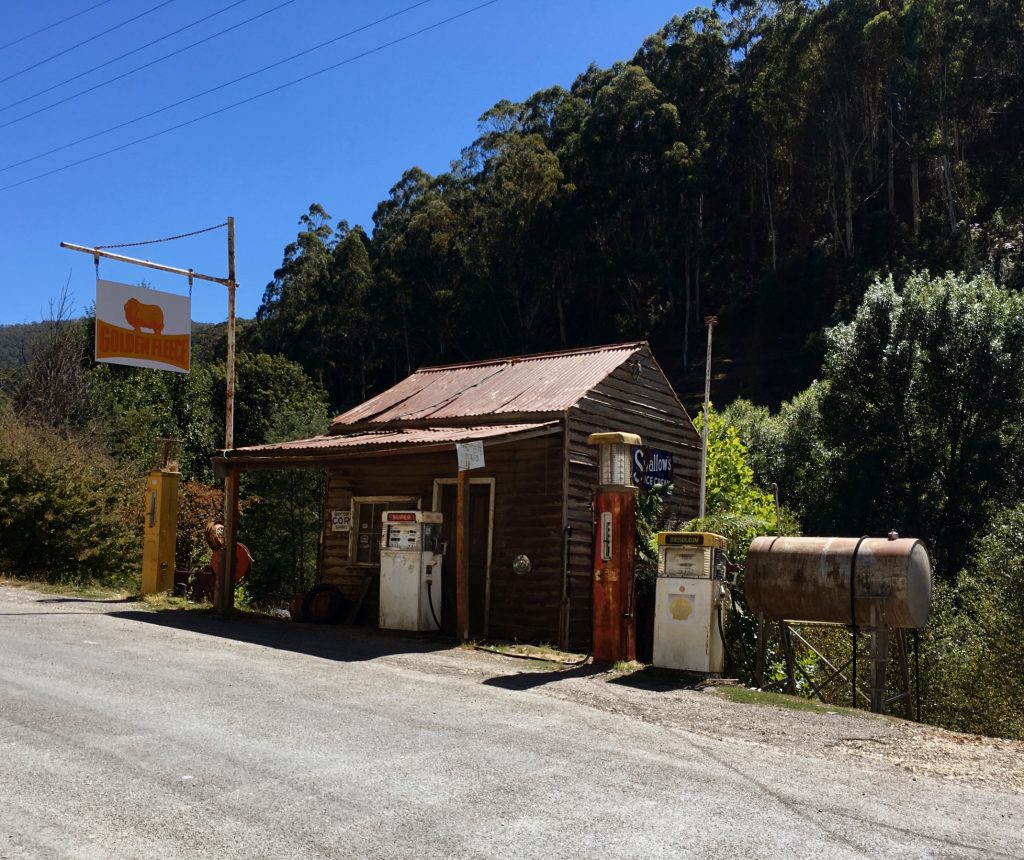 …but funnily enough, the public dunny’s now the only place you can find a full tank of gas. 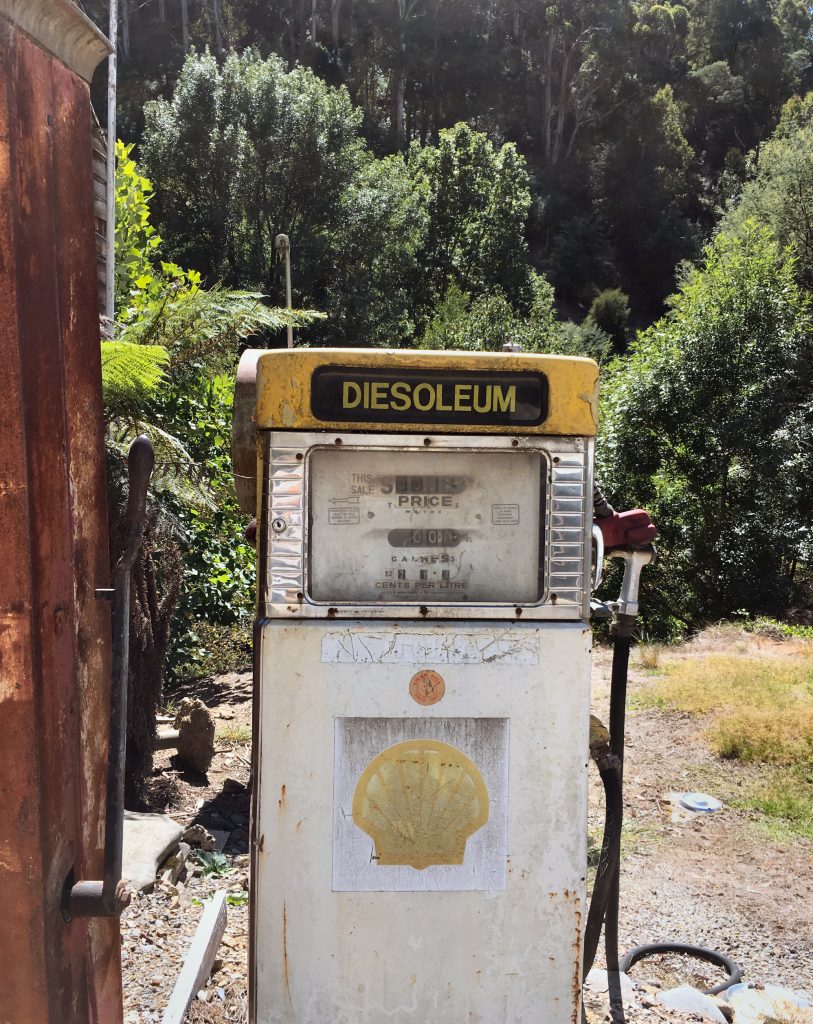