This public toilet can teach you a thing or two.

The gently weathered wooden construction demonstrates that it’s possible for a dunny to contribute to the National Character even if it’s not made of bricks, with its oddly soothing wooden tones blending in perfectly with the native bush. 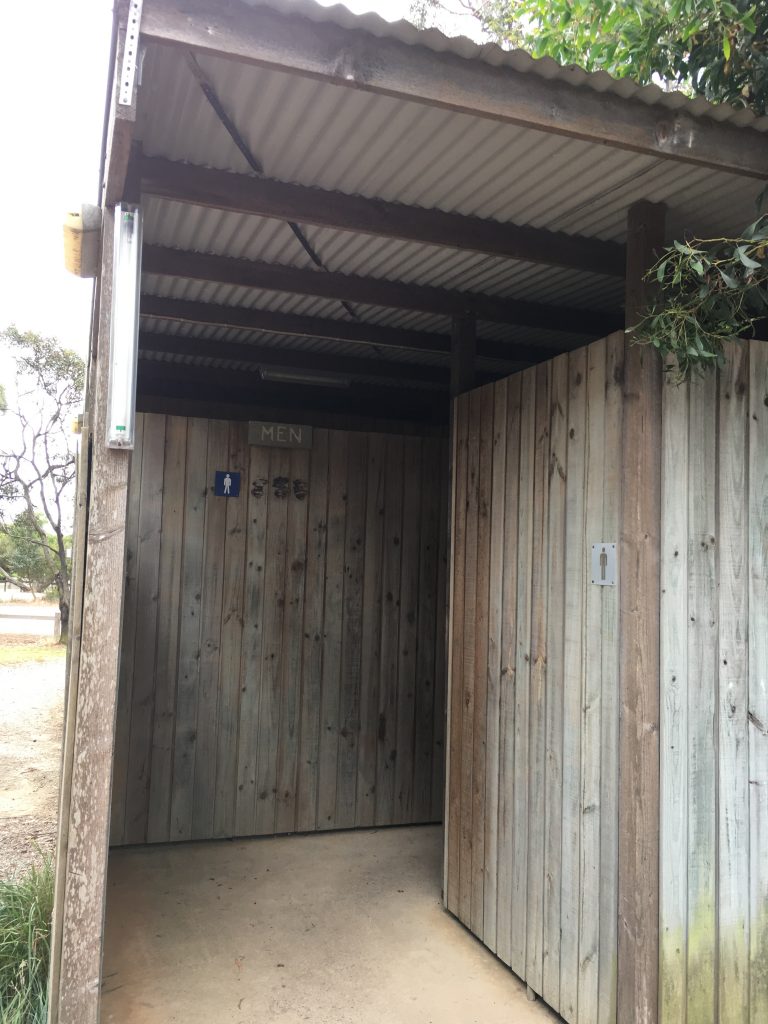 Even the most constipated of visitors is immediately put at ease. If Banjo Paterson had spent his Sundays down at Bunnings rather than writing poetry, this toilet block would have been the result, and his classic work Clancy of the Overflow would have been less about an itinerant shearer and more about an unfortunate fella who rushed into this dunny the morning after washing down a dodgy lamb kebab with one too many VBs. 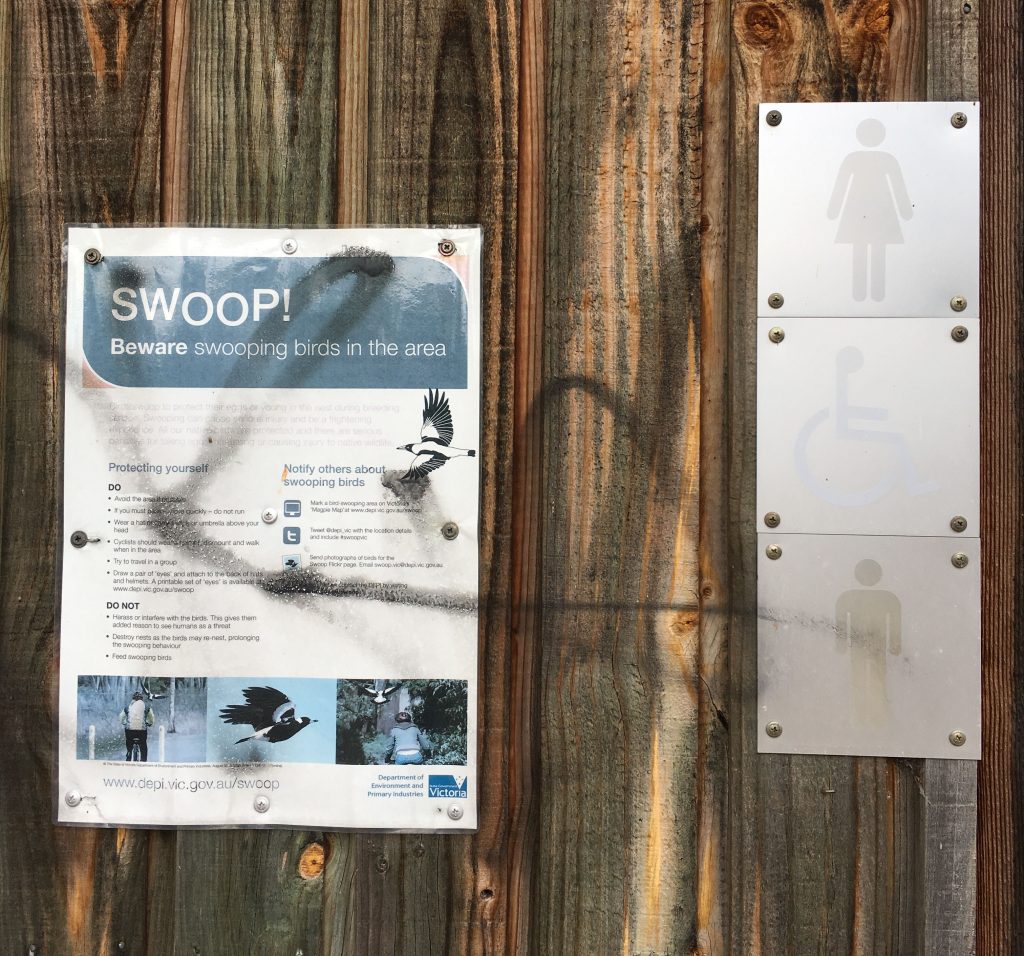 The lessons continue as you get up close. Here on the outside is a State Government poster about the dangers of swooping birds. To avoid racial profiling, the poster simply refers to swooping “birds”, even though all the photographs and illustrations are clearly of magpies.

The poster also advises the reader to “draw a pair of eyes and attach to the back of hats and helmets”. Silly Government! The eyes, as you might already know, don’t work. 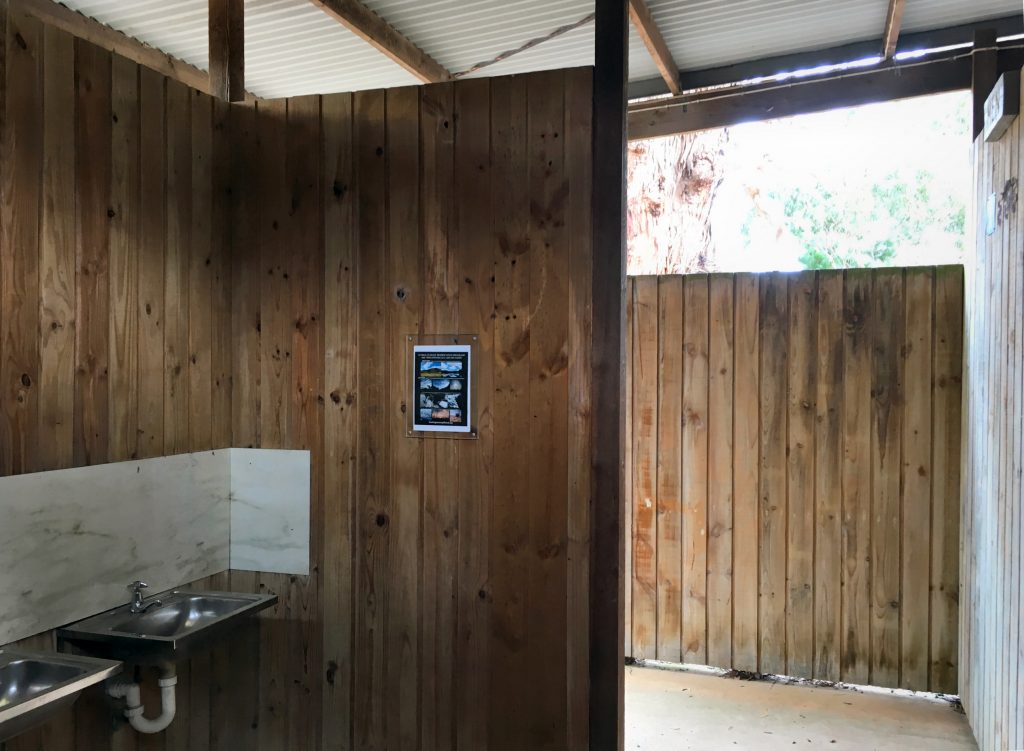 Inside the dunny is another poster. I suspect that this one was not placed there by the Government. This poster warns that our precious skies are being manipulated by microwaves. As evidence, the poster helpfully contains a “before” and “after” section. This section proves that photos taken at different times of the day, in different locations on the planet, with different weather conditions, and with different levels of air traffic, will themselves be different. 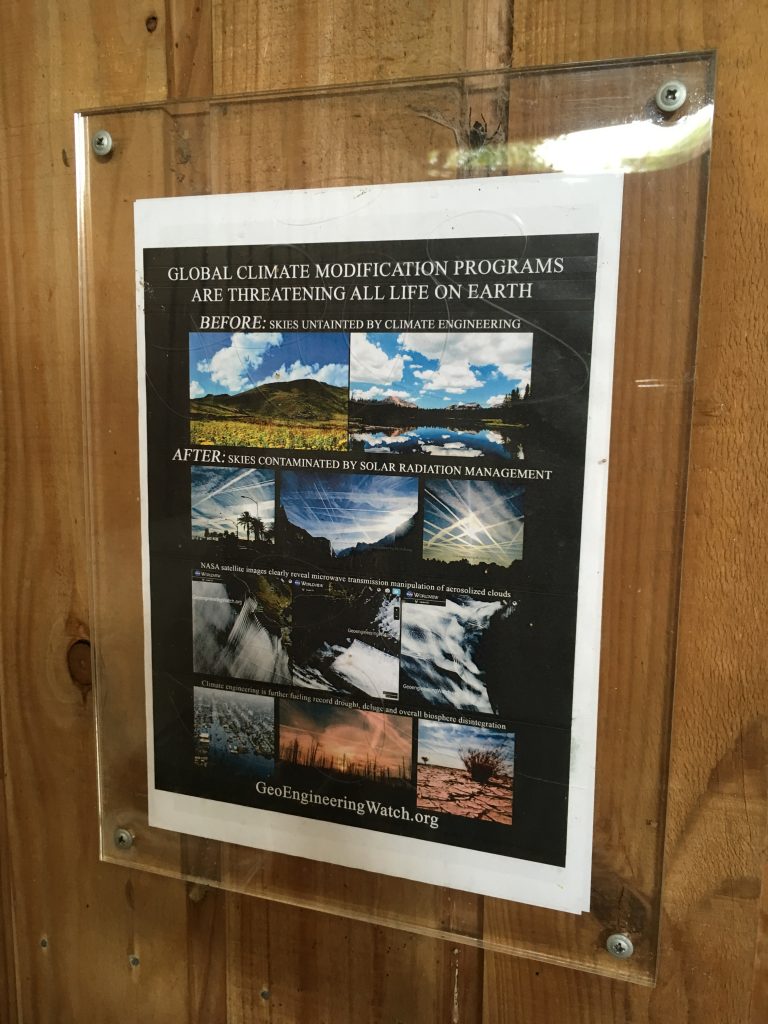 Hidden at the top of the poster is the toilet’s resident spider. Stare at this nonsense for too long and she will leap at you and claw your eyes out for being such a dill.