Several stops are mandatory on a road trip: the toilet stop, bakery stop, petrol stop, scenic lookout stop, Nippy’s iced coffee stop, and Giant Koala stop (if passing within 100km). Unfortunately, once these are covered, there is usually no time left for the historical marker stop, the statue stop, or the public artwork stop. 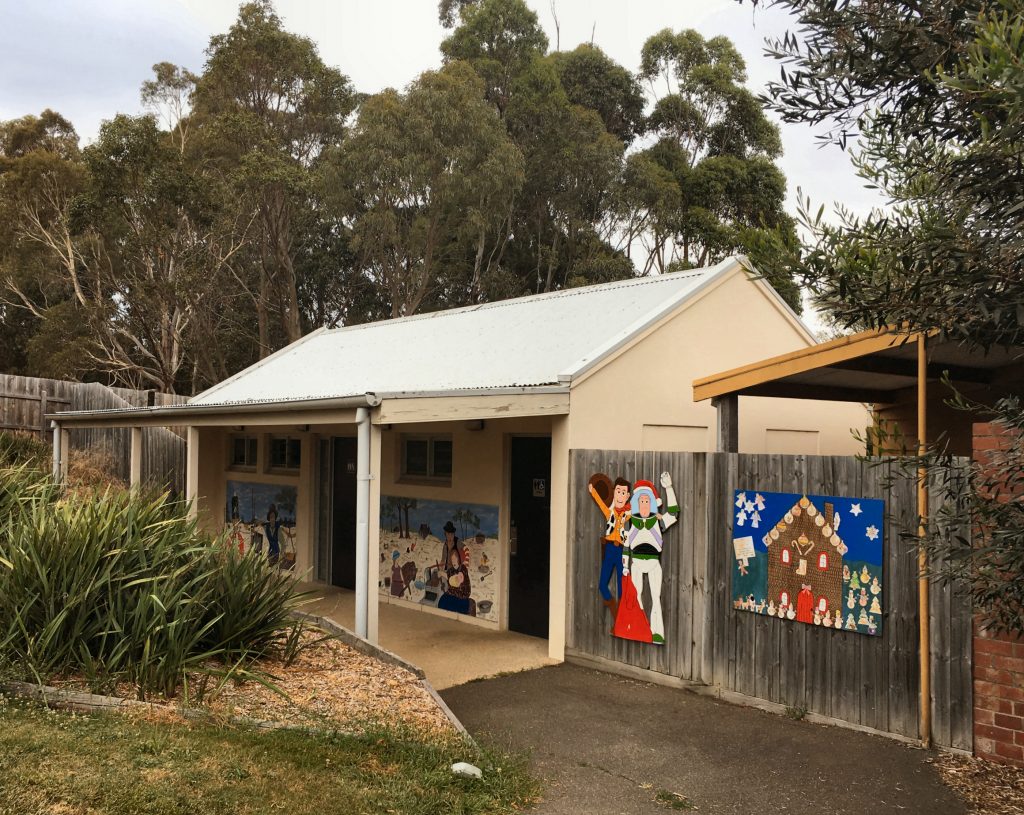 The residents of Smythesdale have solved this problem. They have taken all of these items and blockaded the public toilet with them. It is now impossible to go for a borrie in Smythesdale without learning or appreciating something. 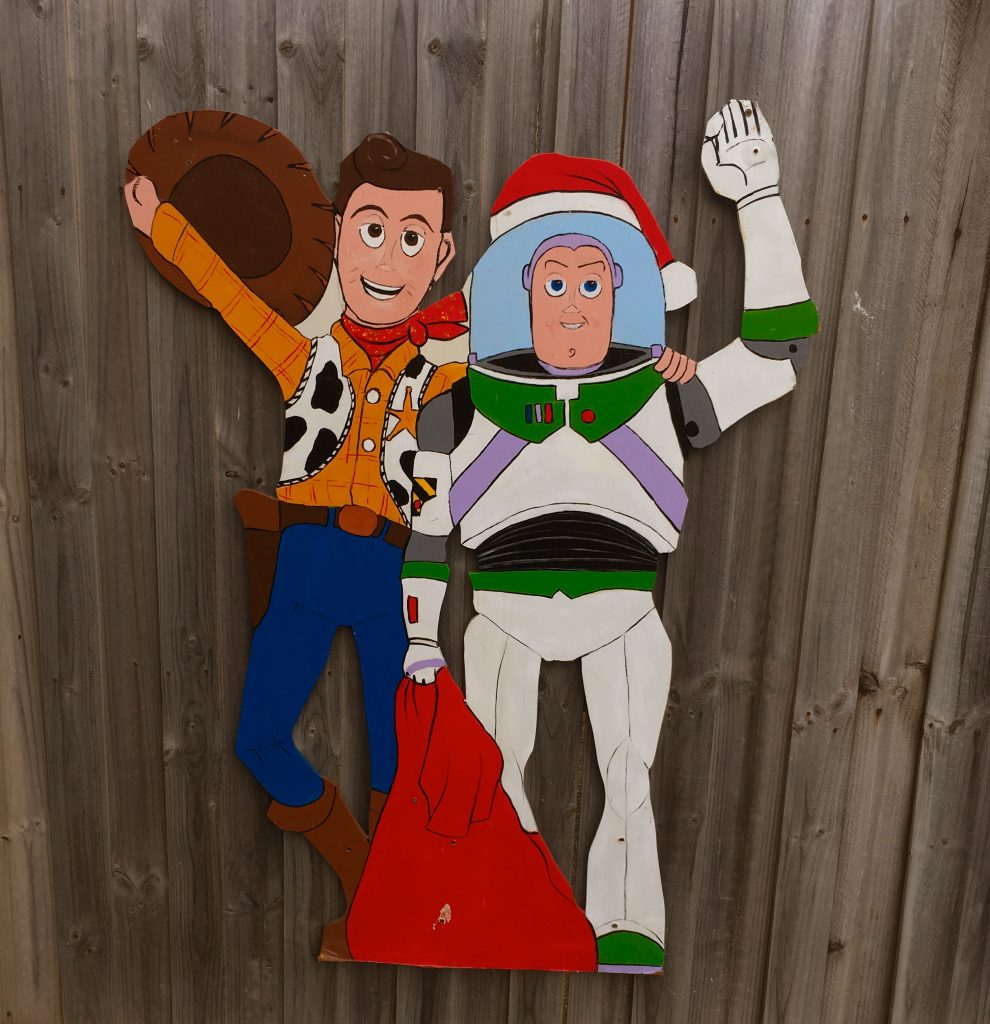 Thomas Burke, a Smythesdale councillor and bank manager, was murdered by bushrangers in 1867 while transporting gold from the local diggings to the Smythesdale bank. The above artwork depicts (at left) Detective Eason of Ballarat, who solved the case, and (at right, in traditional judicial garb and holding the recovered gold) Sir Redmond Barry, who sentenced the murderers to hang. 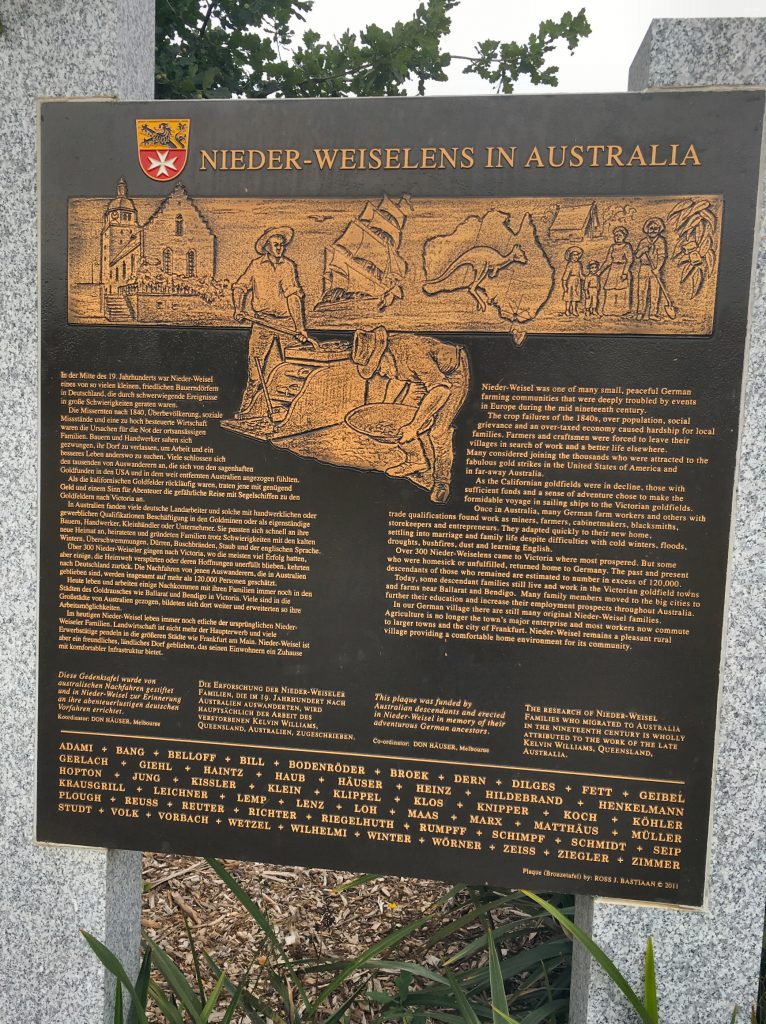 This plaque explains that over 120,000 Victorians are descended from Germans (“peaceful” Germans, as the plaque is at pains to point out) who journeyed to the Victorian goldfields from the village of Nieder-Weisel in the mid-19th century. Coming in search of riches and a better life, the Nieder-Weiselens instead found “cold winters, floods, droughts, bushfires, dust, and English”. 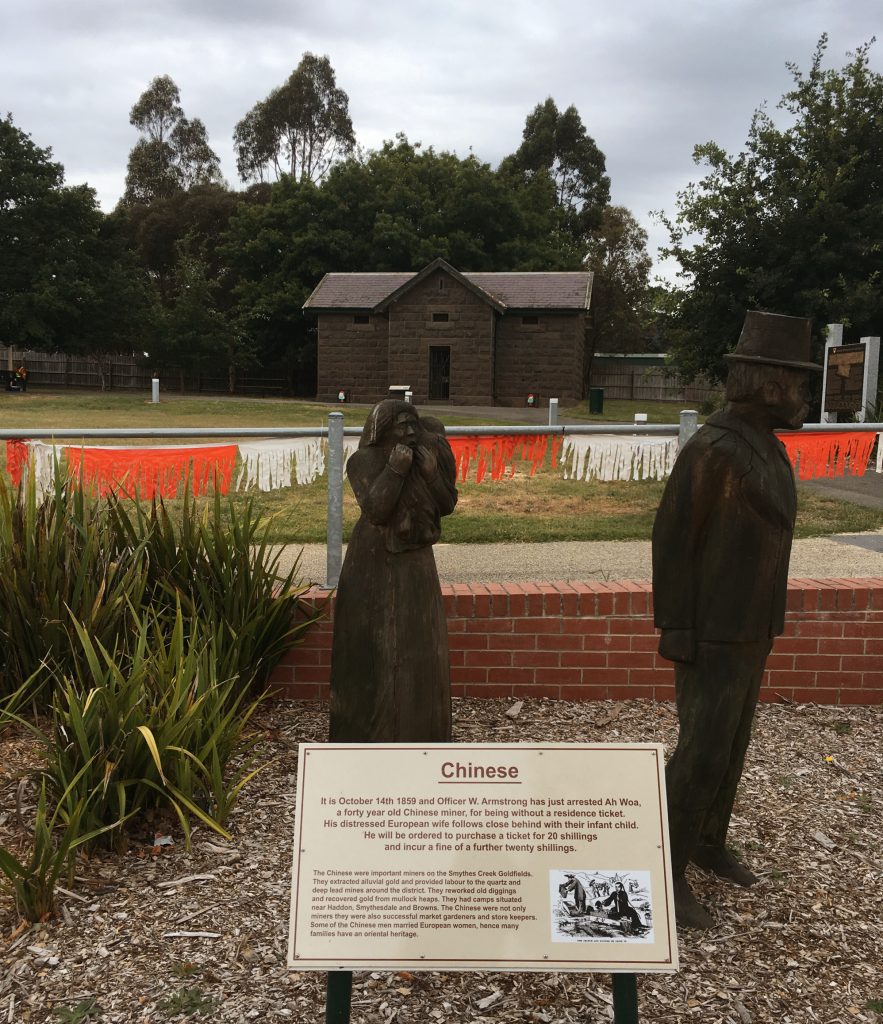 The Chinese also got in on the goldfields action. The above plaque, entitled “Chinese”,  explains how Victoria Police promptly got to revenue-raising by fining said Chinese for not having the correct paperwork. “你為什麼不抓住真正的罪犯?”, came the likely reply (cheers Google). 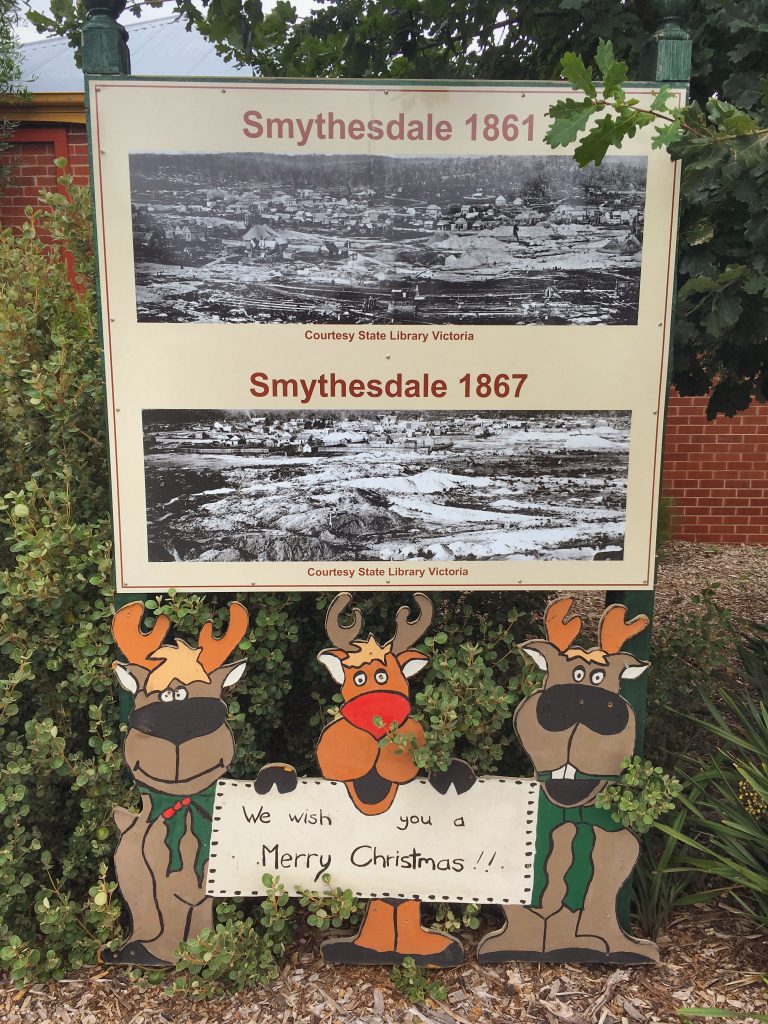 This one is self-explanatory (to the extent that is possible). 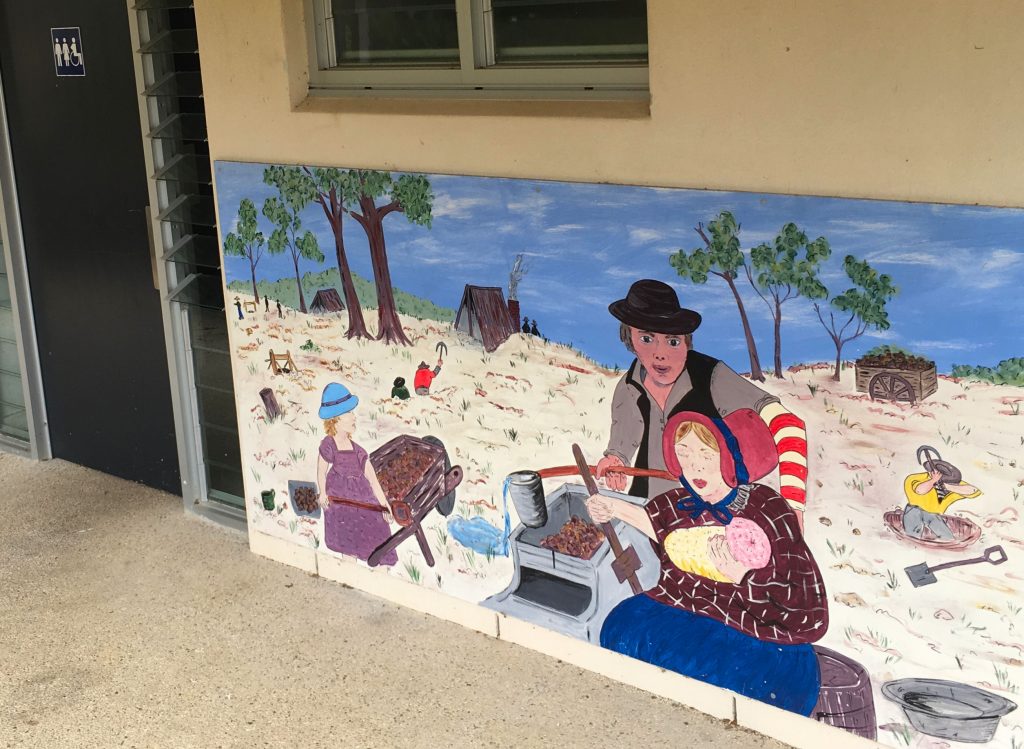 On the dunny block itself are some idyllic scenes from 19th century goldfields life, including: 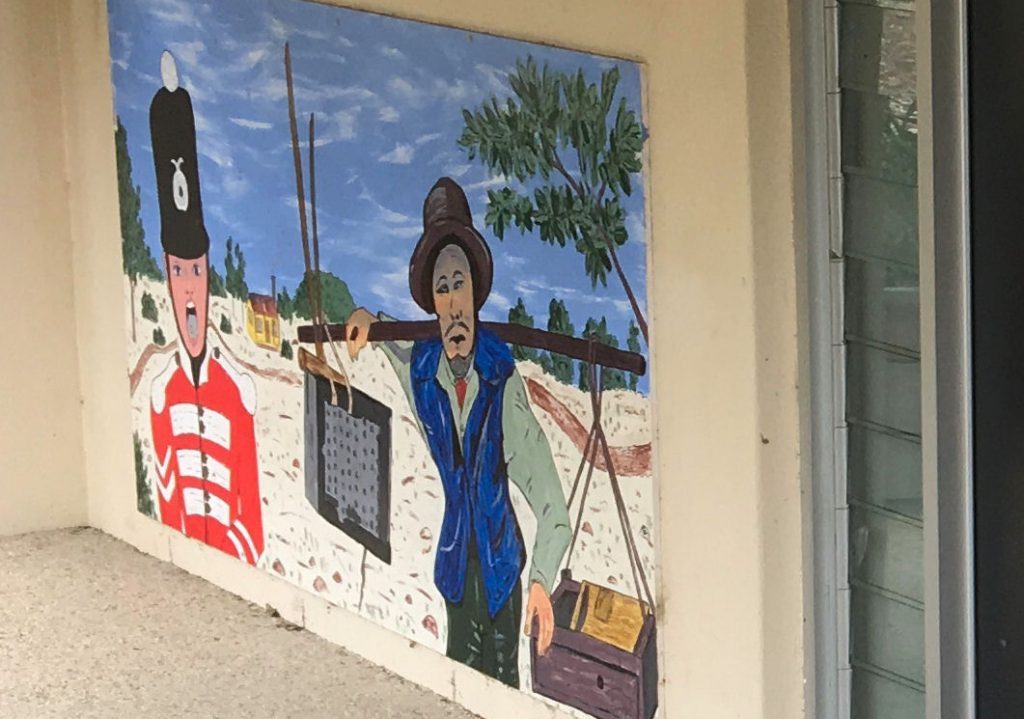 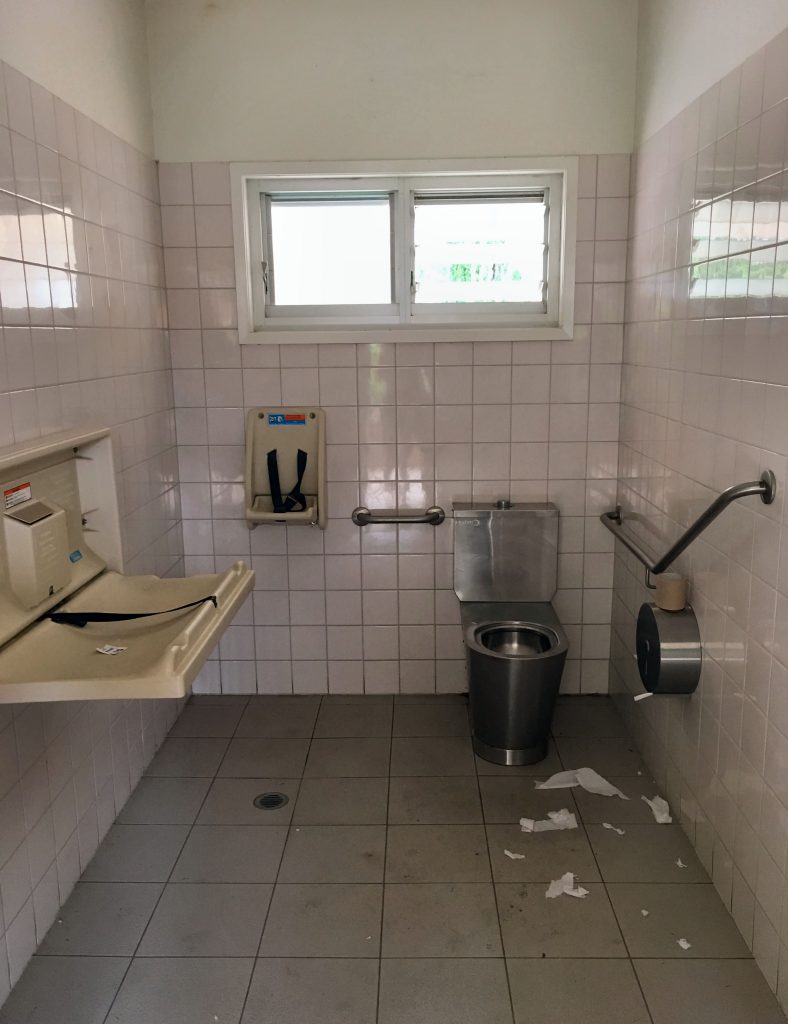 And here is the interior of the toilets. As you can see, there is a baby change table as well as somewhere to simply tie your sprog up while you go off and admire the artwork.