You’ve been told it since you were a kid: stay out of the long grass. When it comes to putting the fear of snakes into young heads, Australia is the best. Snakes are more fundamental to the Australian curriculum than “no hat no play”, learning the recorder, and literacy. 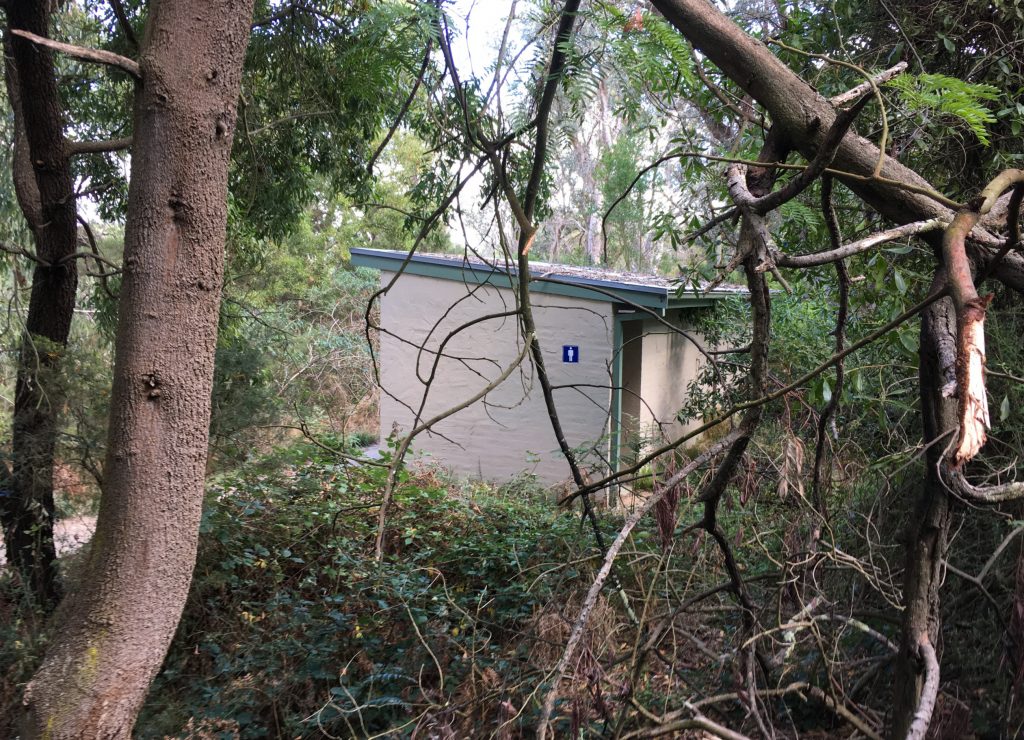 So you can imagine the simultaneous delight and trepidation we felt after stumbling across this little nugget, off a tiny path halfway between an unsealed road and the beach. On the one hand, here was a surprise dunny hiding in the bushes, just waiting to be found! On the other hand, snakes. 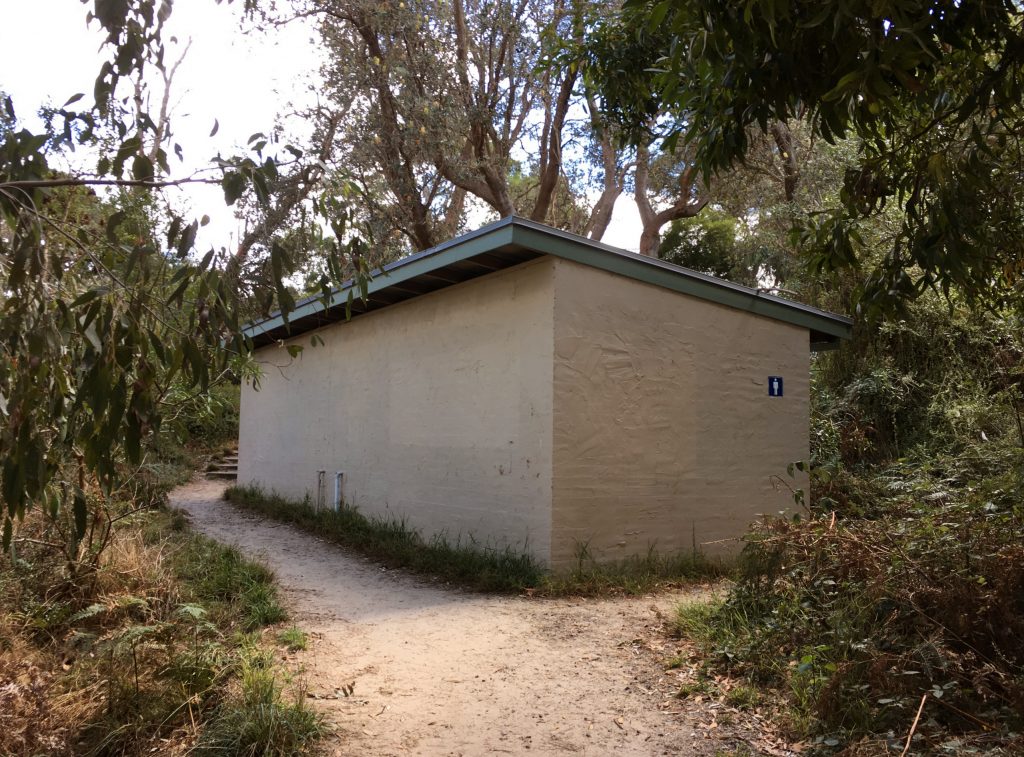 Surrounded by overgrown bush with not a soul in sight, there was a mystical, enchanted forest-like aura here. The scene seemed set for an Australian version of Hansel and Gretel, much simpler than the original—no need for cakes and gingerbread as the toilet is enough of a lure, snakes leap at your eyes from the rafters, no witch required either, The End. 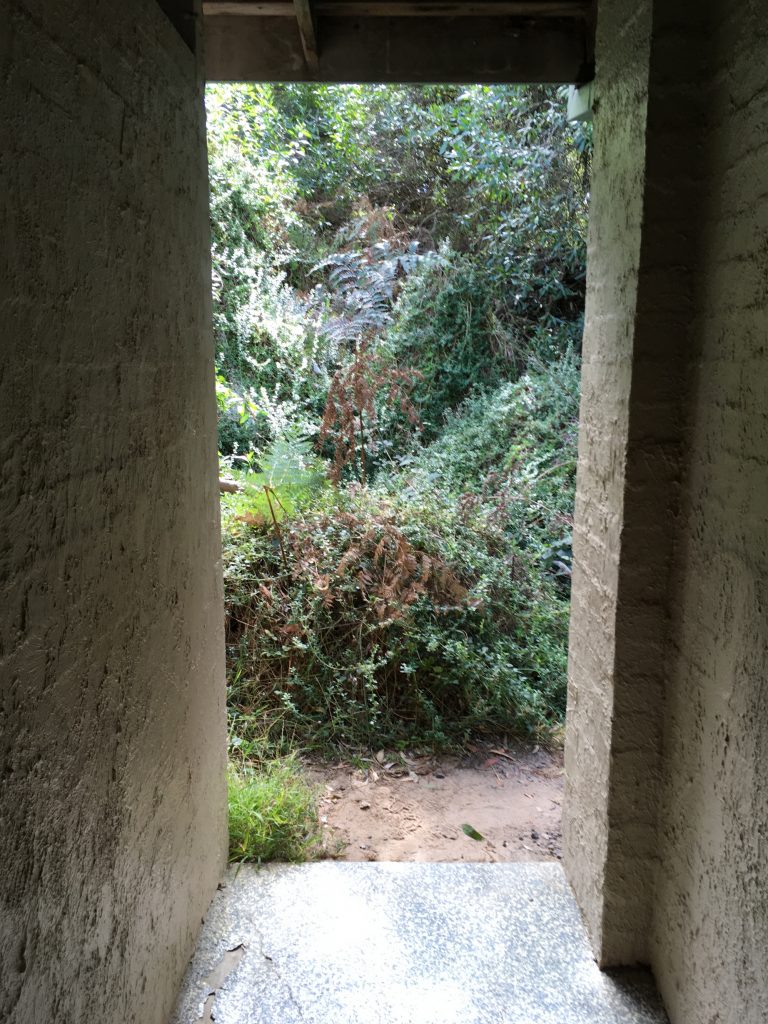 Above is the mystical dunny doorway. When you turn your head, the plants advance on you by another foot. 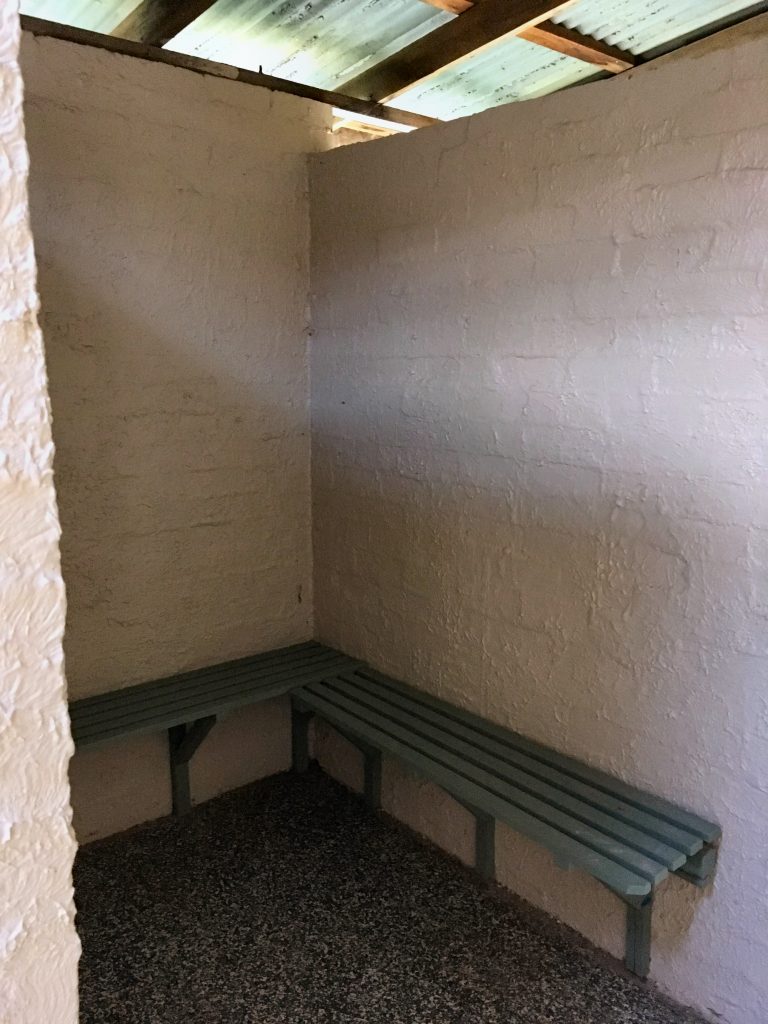 The first thing you see upon entering is some kind of waiting room. Note the ghost flowing across the photograph. This can only be the portal to the Australian afterlife, which I presume consists of endless re-runs of the Shaun Micallef and Eric Bana era of Full Frontal, interspersed with those sheepdog trials the ABC used to show. 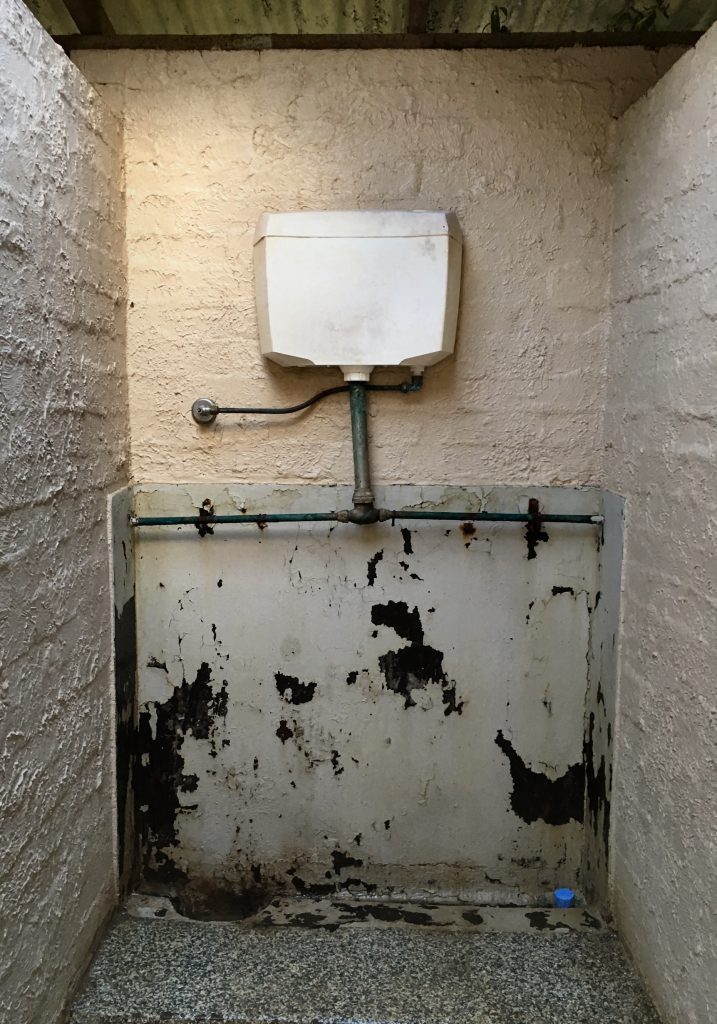 Obviously we didn’t have time to go into the waiting room and report back on the afterlife, because nobody is interested in that—there’s far more page views in public toilets. Here is the urinal. The viewer’s eye, as well as his/her urine, is drawn to the abyss at bottom left, which again is more portal than drain. 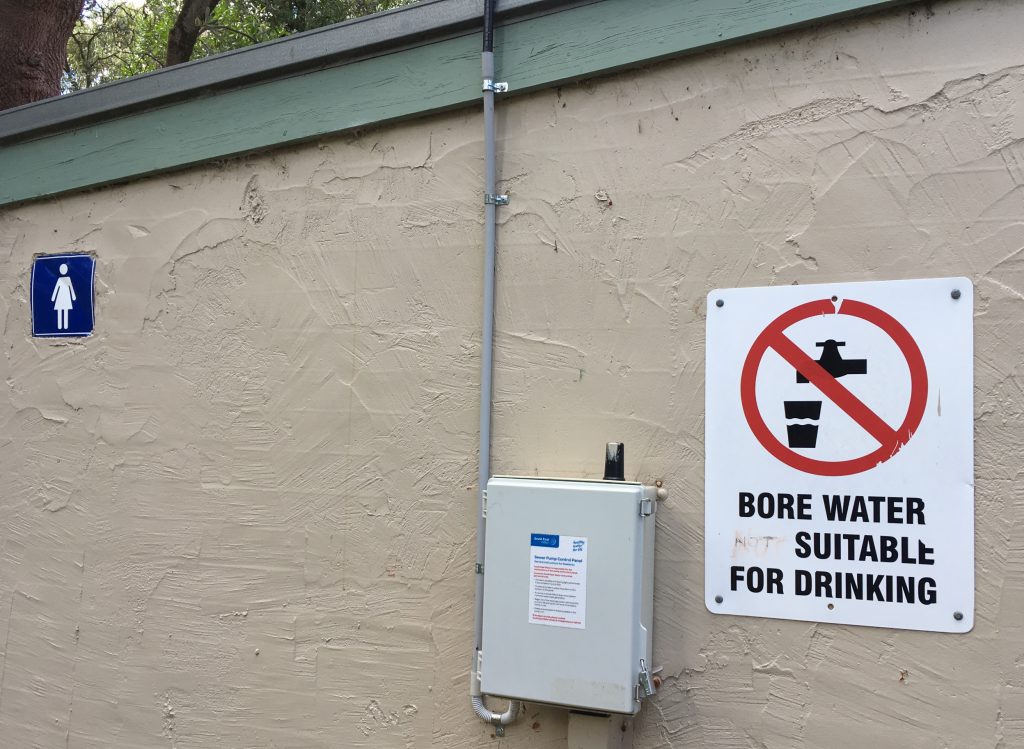 Even if you make it back outside, things are still a bit pear shaped. Here’s a distinctly untrustworthy sign, no matter which way you read it. 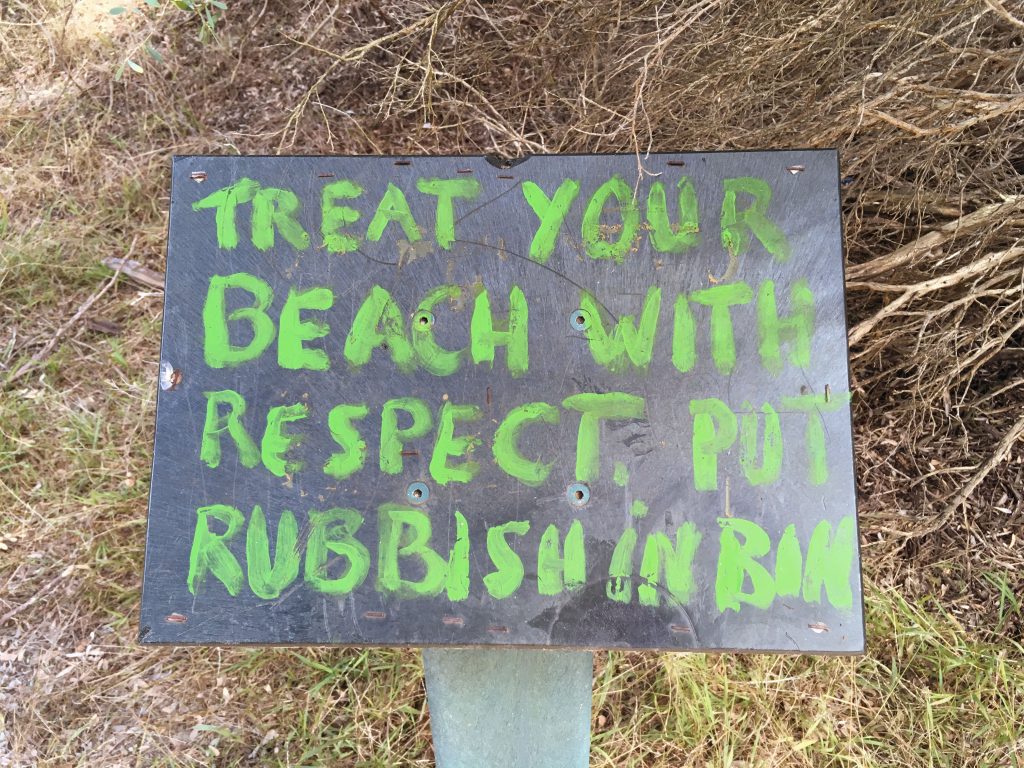 But as you wander back from the dunny, things start to return to normal. Here’s a local who’s had a gutful of blow-ins not doing the right thing. 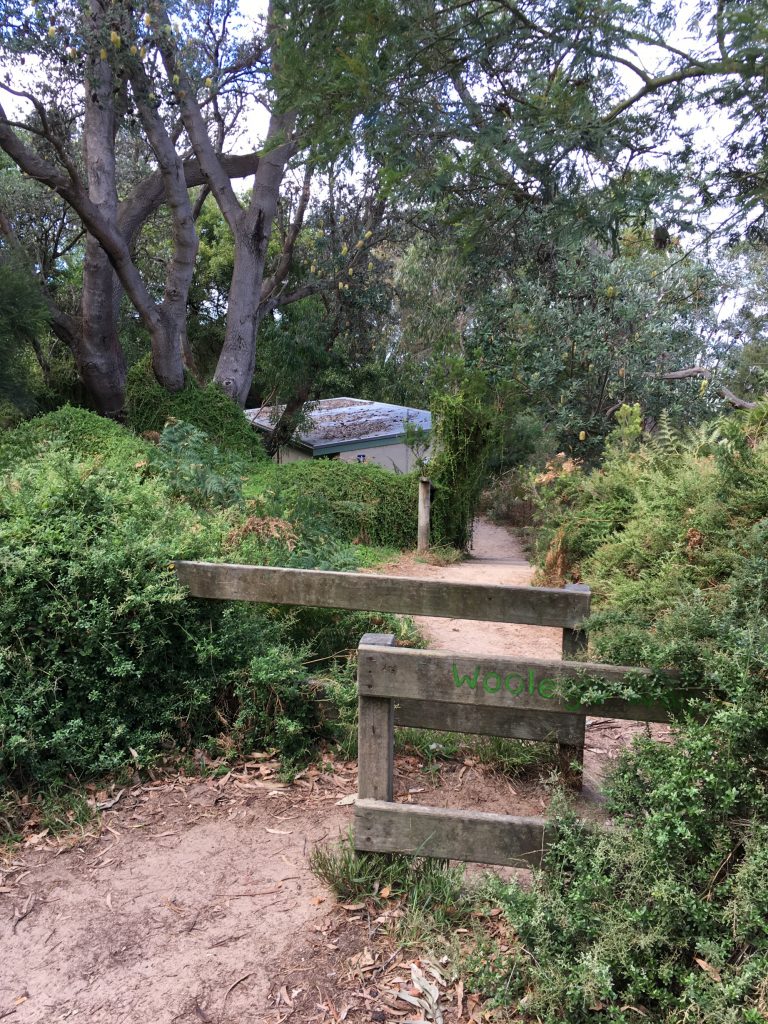 Above: taking one last look at the enchanted dunny, before it disappears into the mists of time.