The dunny block at Bells was built (unsuccessfully I might add) to stop unscrupulous tourists pooing in the bushes, but it also serves a far more noble purpose. 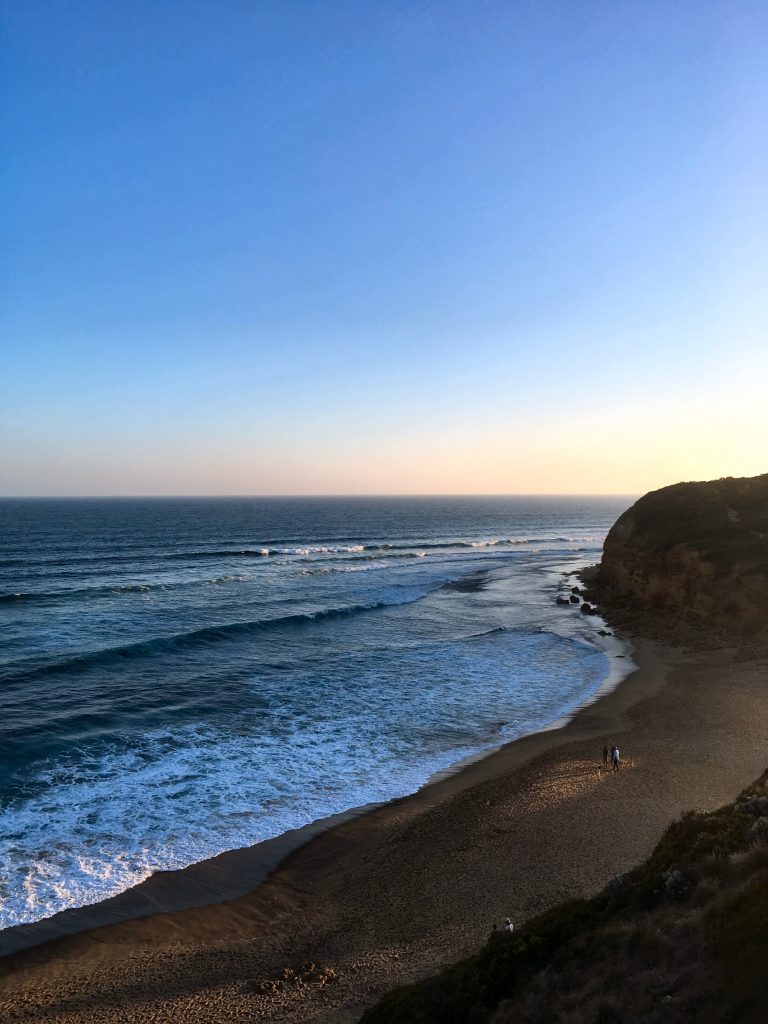 Before the birth of the Rip Curl Pro in the 1970s, before some intrepid surfers bulldozed the first track down to the beach in the 1960s, before master mariner William Bell bought the land in the mid-19th century to paddle out in peace with his sealskin breeches and whalebone longboard, Bells Beach was home to the Wathaurong people of the Kulin nation. 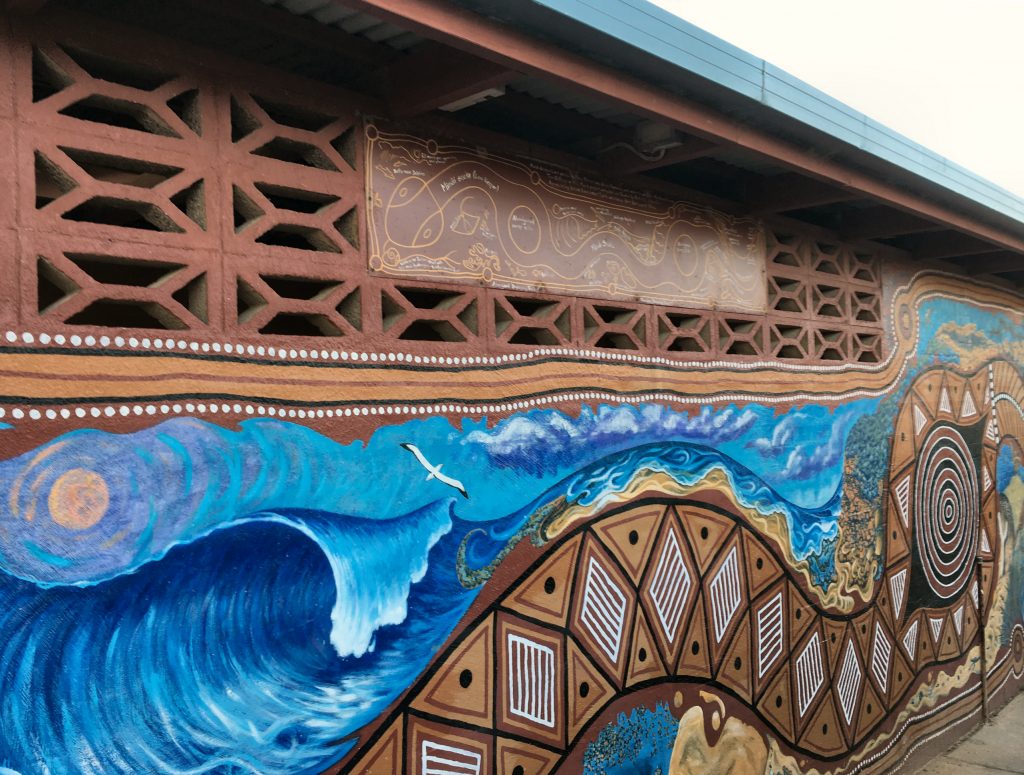 The locals have had a crack at depicting this history on the public toilet.  On one face is Mindil, tribal law-keeper.  Much like Santa Claus, Mindil knew the exact deeds and location of every wrongdoer in the land. But unlike Santa Claus, he would not reward naughty boys with lumps of coal (see: caretaker Prime Minister), but instead with a bloody death—partially out of a sense of duty to the law, but mainly because Mindil also happened to be a giant bloodthirsty snake. On the plus side, he kicked up a six-foot swell whilst chasing his victims to their gruesome end. 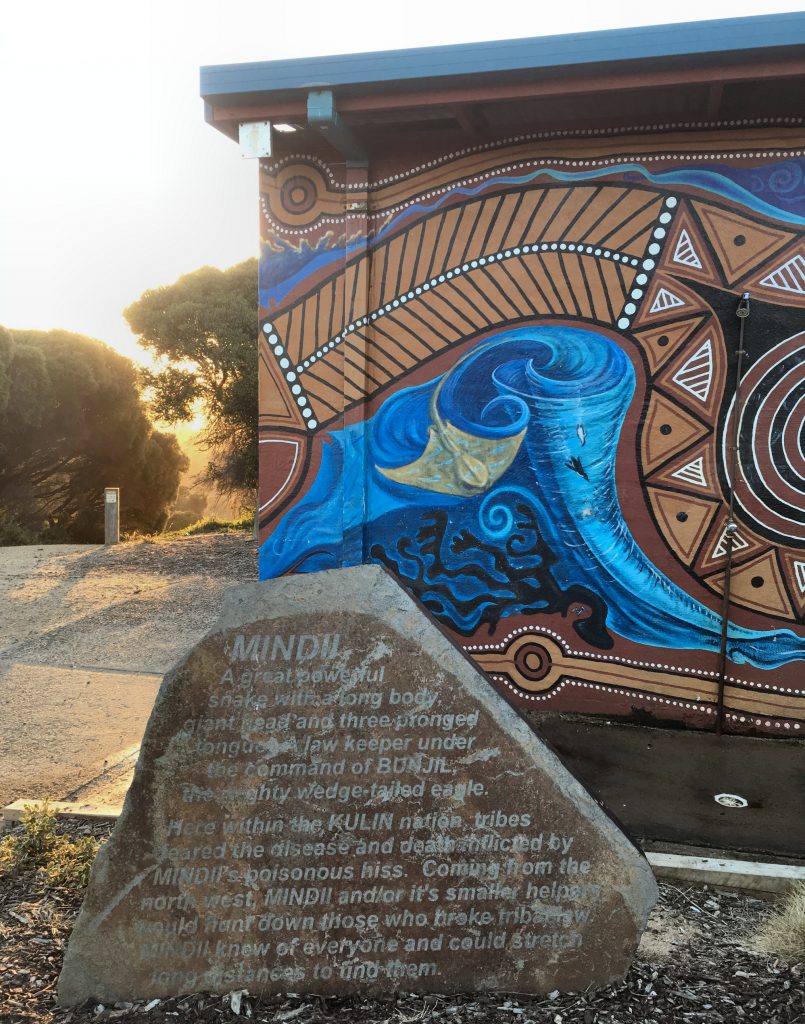 On the other face of the dunny, the theme is continued with an assortment of similarly deadly life—an enormous eel, two sharks, giant kelp, a blue-ringed octopus, and a rock lobster (which of course will kill you via madness, from the song that is now almost certainly stuck in your head). 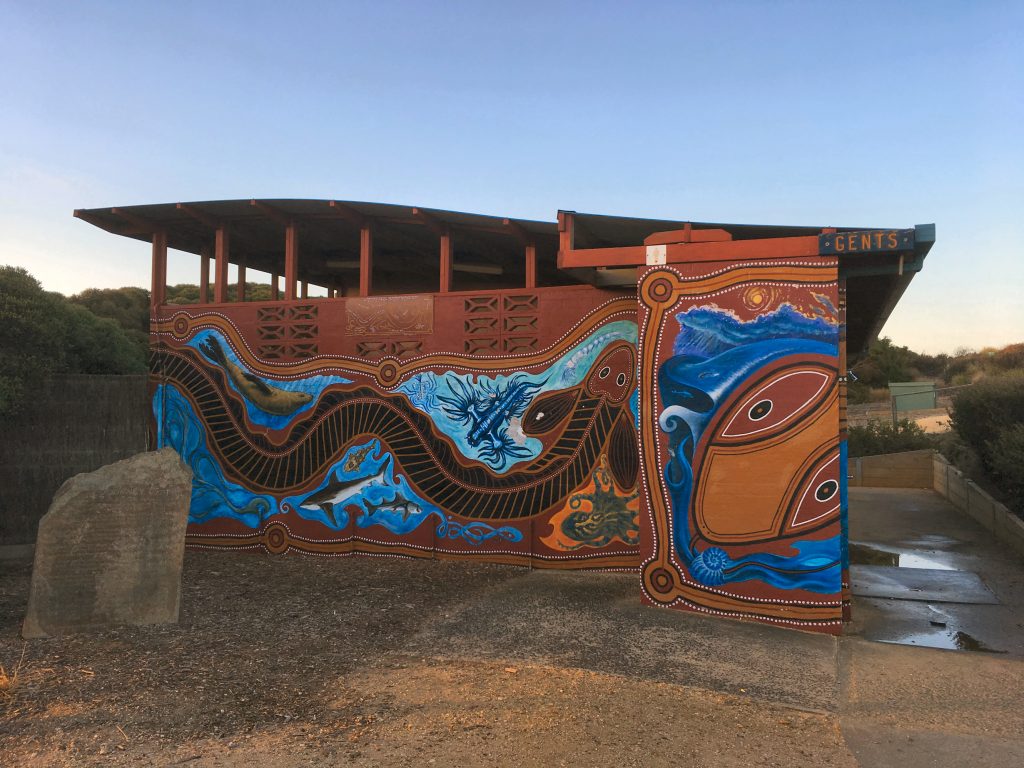 There is also a “glaucus”, which I can only presume is the Greek sea-god of the same name, who became immortal after eating a magical herb—a likely story indeed.

And inside the toilet block, a great example of that old proverb: “Give a man a fish, and you feed him for a day; give a man a pack of stickers, and he’ll advertise your surf and/or skate company for free.” 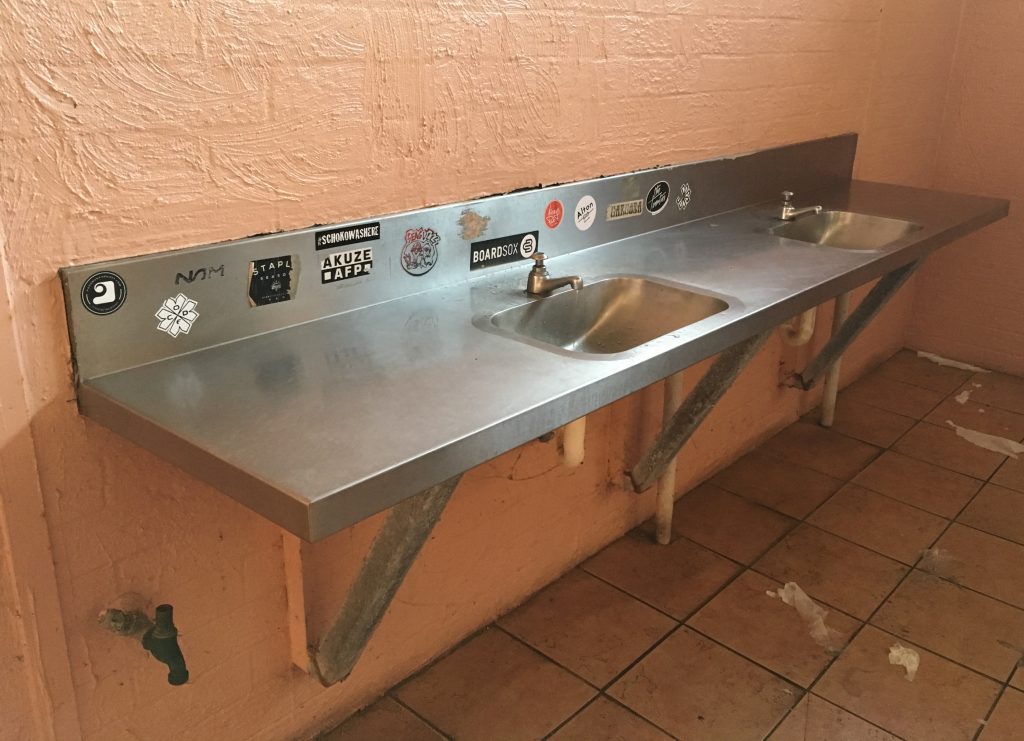