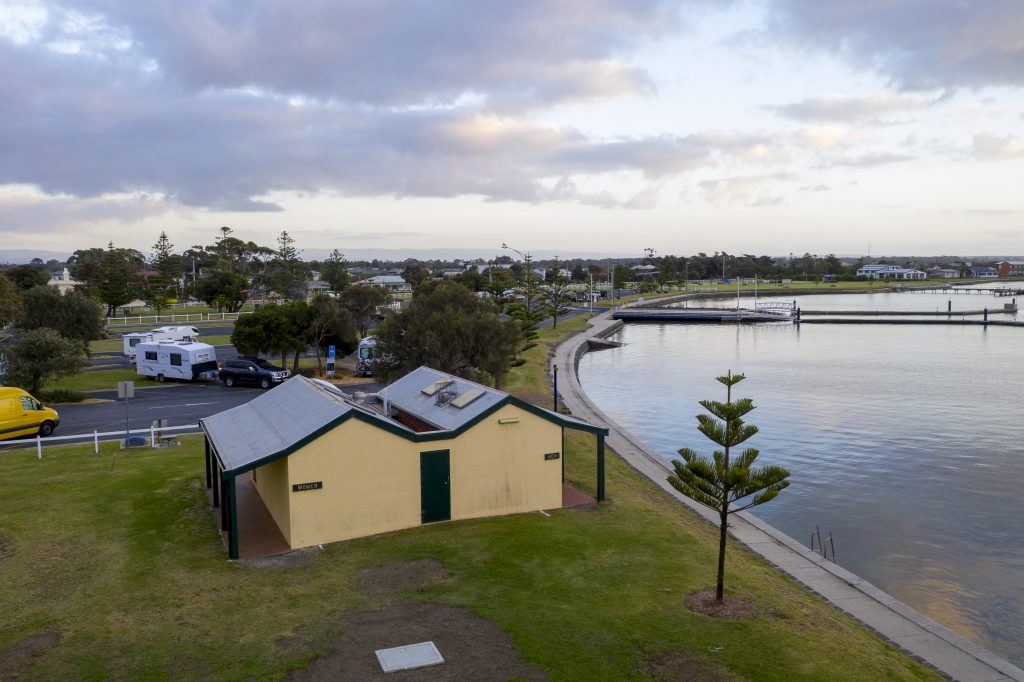 Also useful is the Port Albert water tower. After some poorly-cooked entries in Strogan-off ’79 led to the clogging of the town sewerage system, this magnificent tower was placed next to the public toilets to ensure that ample water pressure was always on hand. 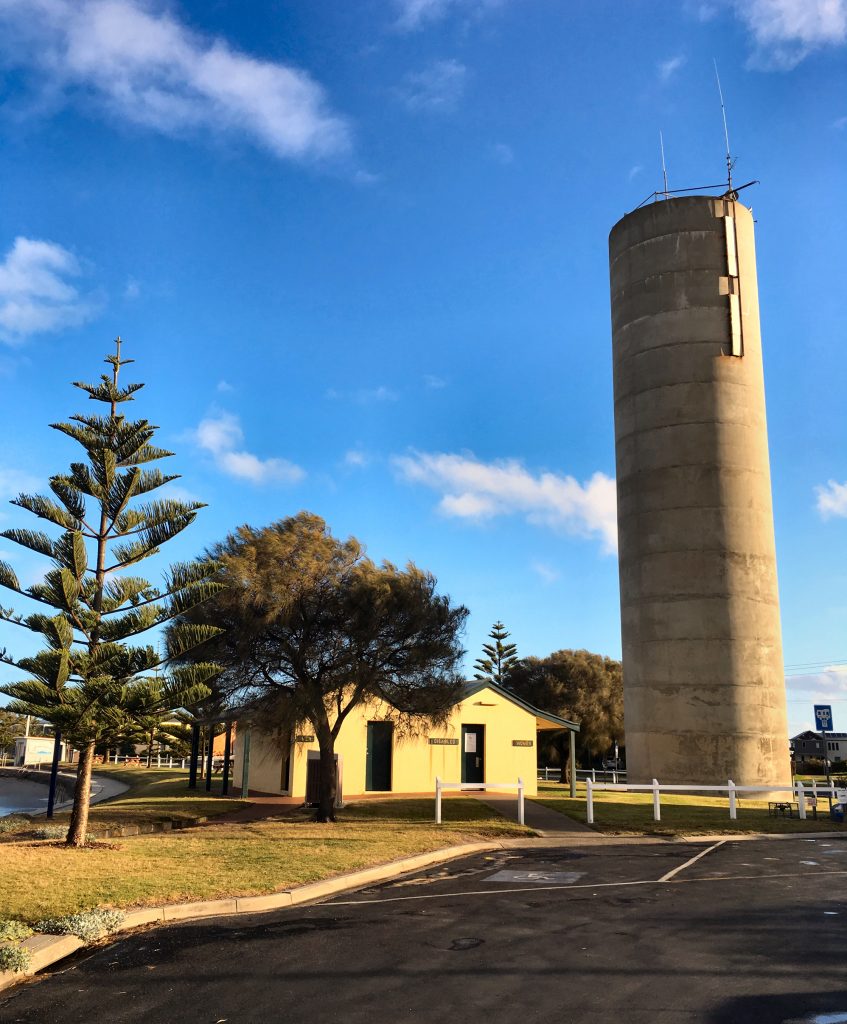 The townspeople are currently planning to improve the water tower further (if this is even possible) by painting a giant mural on it, in the style of the silo art trail.  While we at Public Toilets of Victoria would of course suggest a gigantic, renaissance-style depiction of the Great Clogging, the town working group ended up going the with the dreamtime story of Borun the pelican and Tuk the musk duck, which I suppose is a pretty good backup choice if you don’t want a mural about plumbing. 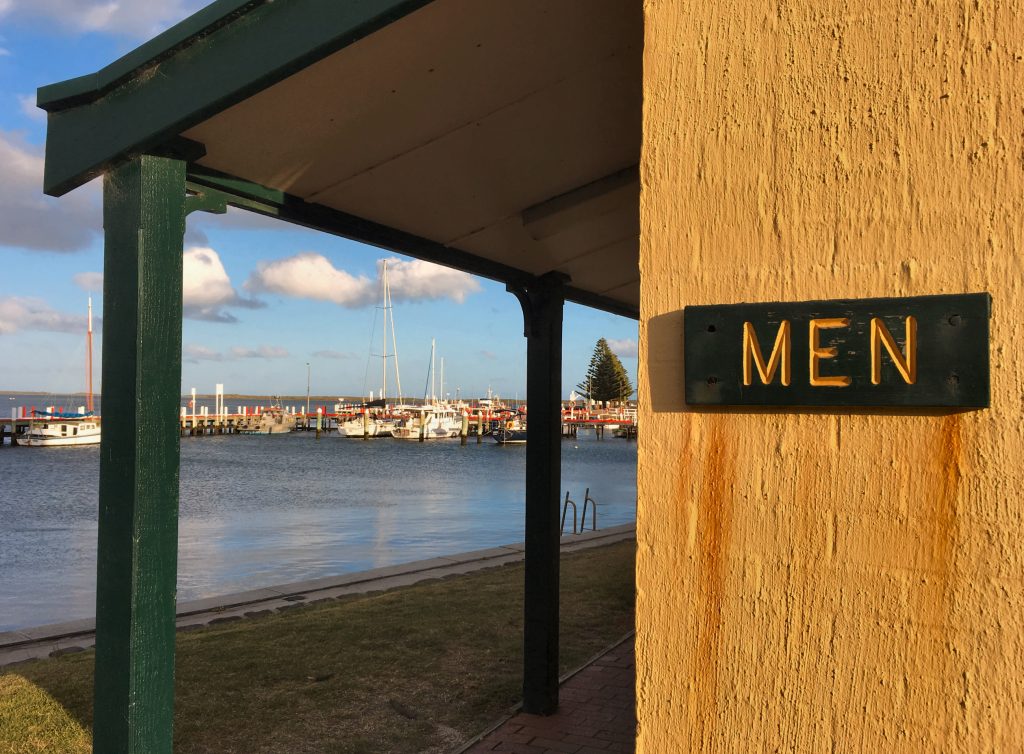 Finally, you may have seen these blue hatches around the traps. If you’ve ever been cool enough to drive a retirement-sized campervan across the state, you’ll know that these rolling mansions come with their own little toilet inside. And while it’s easy to promise Mrs Borrie that the on-board loo is “for emergencies only”, the novelty of a dunny on wheels is quite frankly too much to resist. 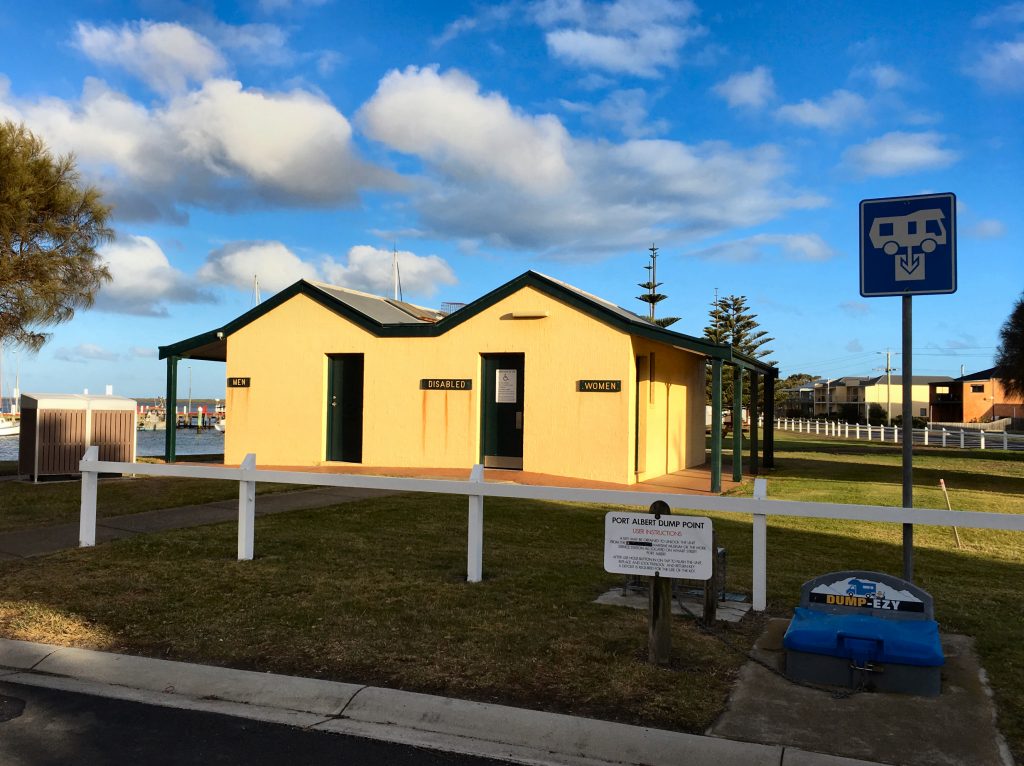 And so eventually it’s time to pay a visit to the blue hatch, which allows for the safe dumping of your efforts from the past few days. But the method of getting said substances from vehicle to hatch really has to be seen to be believed. After opening up a panel in the side of the campervan and securing several military-grade valves, out comes a container with a striking resemblance to carry-on luggage, right down to the extendable handle and all-terrain wheels. 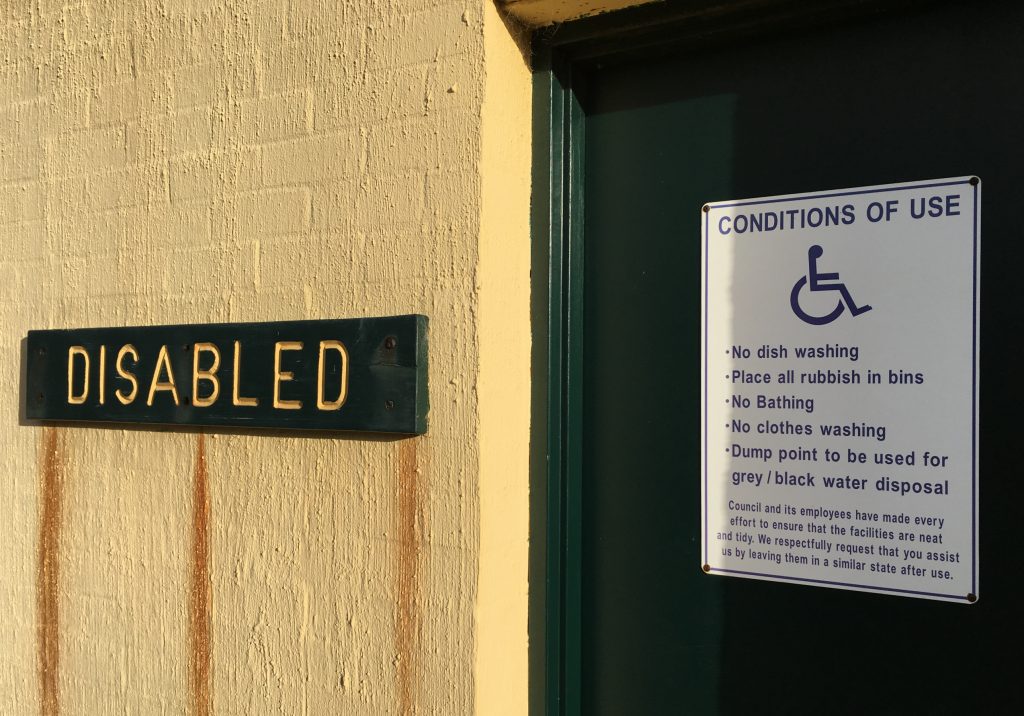 Wearing rental company-issued protective gloves and looking to all the world like you’ve been asked to take a suitcase full of blow through Bogotá El Dorado International Airport, you then wheel the poo suitcase nervously over to the hatch. With Mrs Borrie watching from a very safe distance (who pointed out that since she had no part in the packing of the poo suitcase, she sure-as-shit was not going to unpack it), you open release valves one and two on the suitcase, and hurrah!—your entire week’s work goes down the drain as you struggle to avoid keeling over due to a smell more horrific that your correspondent has ever experienced in 18 months of public toilet-related journalism. 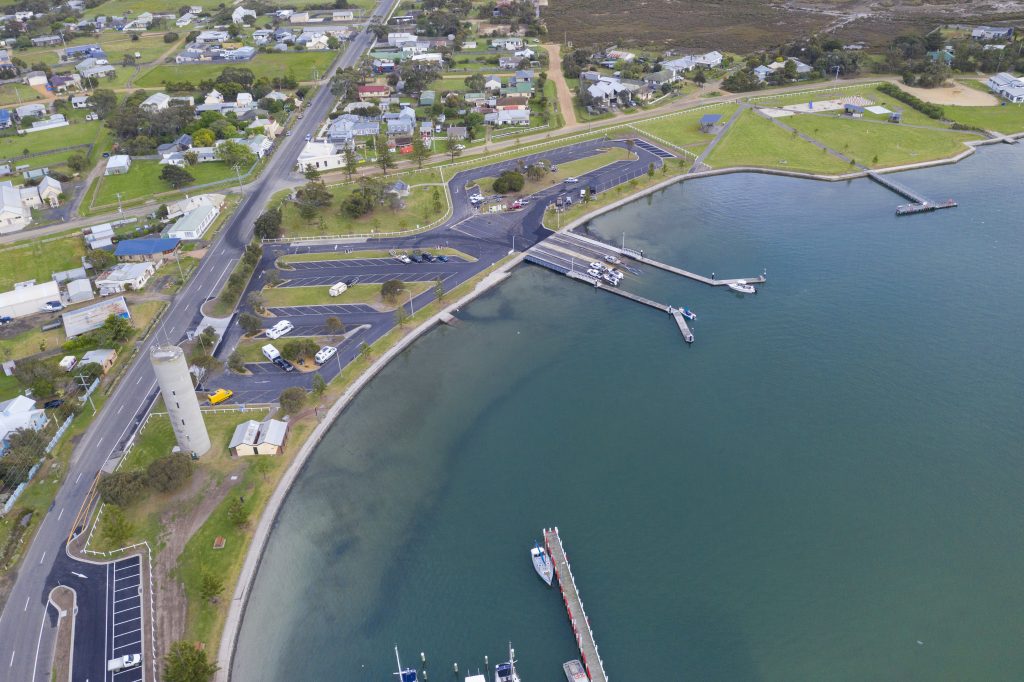 And afterwards, the campervan’s fuel economy is surprisingly excellent.