Oh boy oh boy! A blue public toilet sign is always a welcome sign, but THIS was bloody exciting. 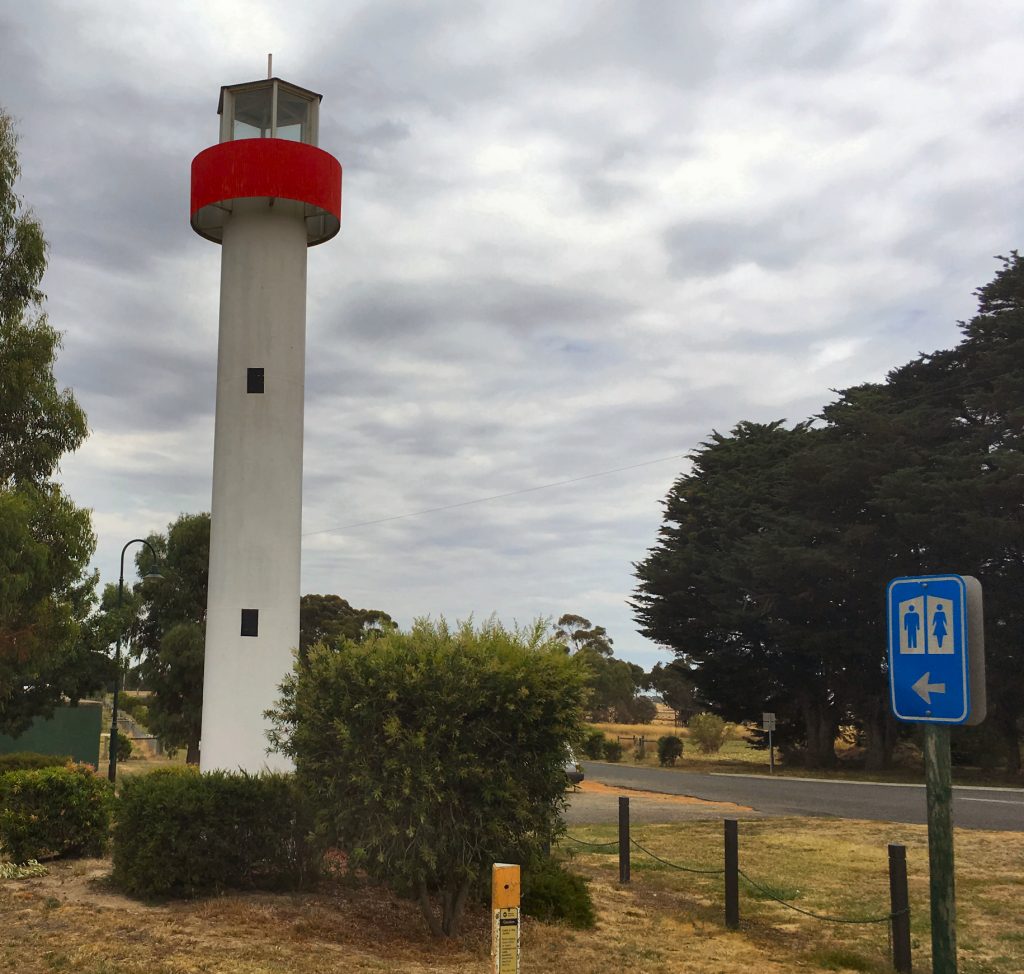 Unfortunately, the lighthouse was decorative only and not the location we’d hoped to drop the ol’ anchor in. Think of the potential though! Put a loo in this thing and you could remake Round the Twist for today’s maladjusted youth. 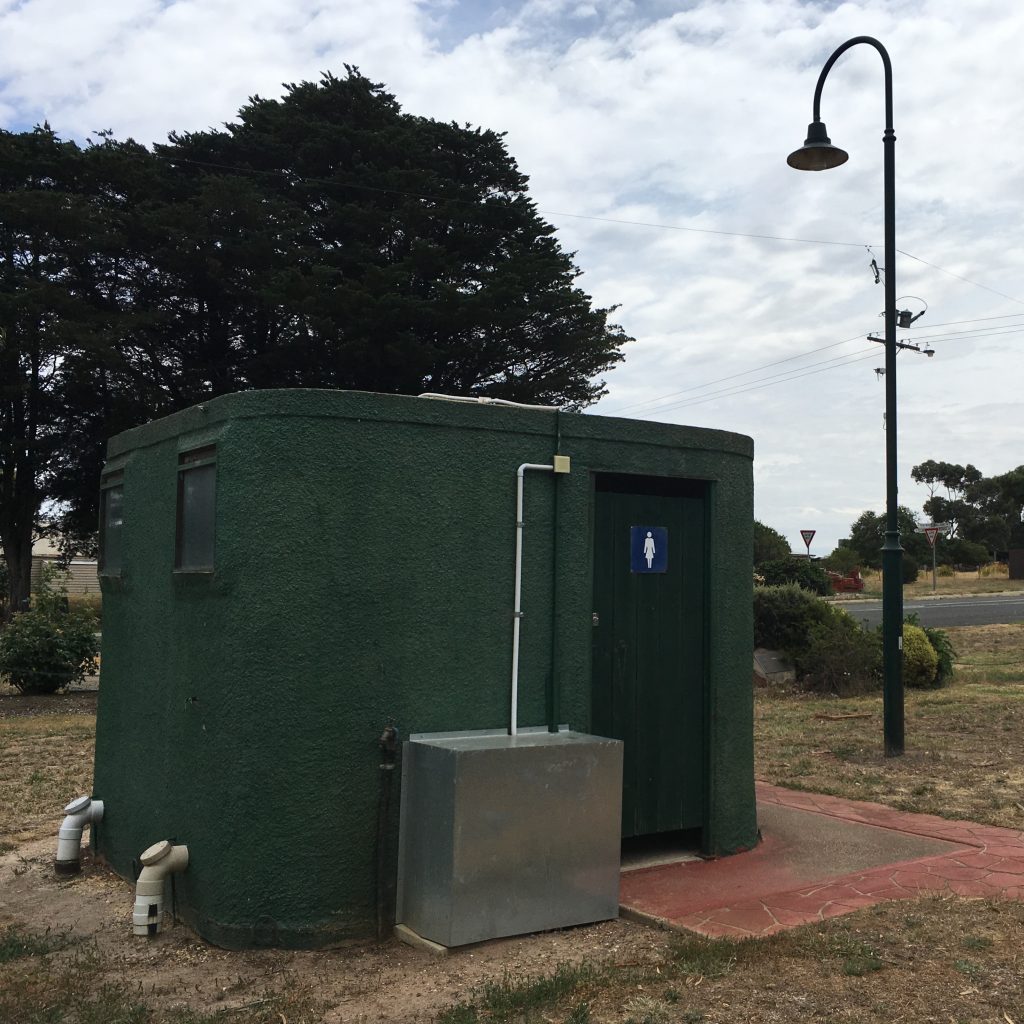 But the actual dunny has a hint of the nautical about it as well, resembling perhaps a submarine’s conning tower or the bridge of an aircraft carrier. 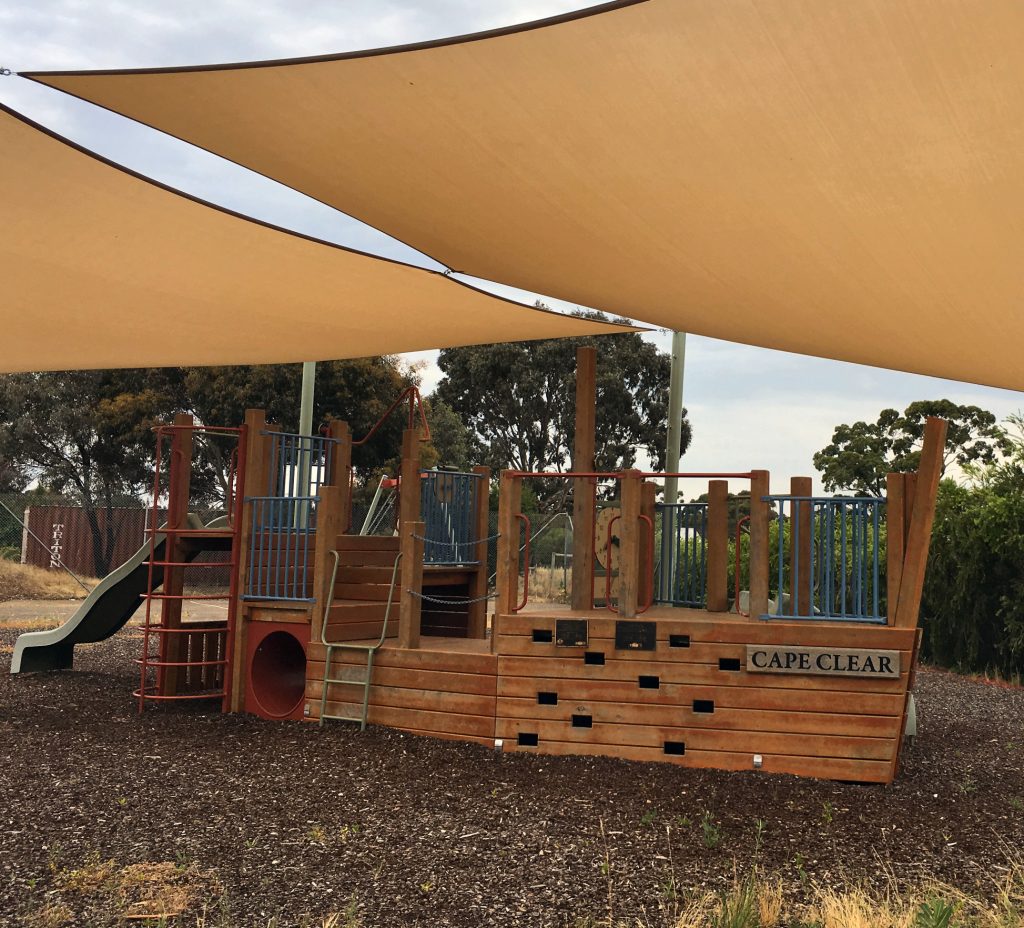 In fact, the whole of Cape Clear has pretty much gone full on nautical despite being over 100 kilometres from the coast, without a cape in sight. It was named by Irish gold miners who couldn’t really be arsed coming up with a name for the town and so named it after their home town of Cape Clear, Ireland. The local publican has a different story—after crashing his cart, an old Irish miner scrawled a sign warning people to keep their distance—written, of course, as “CAPE CLEAR”. 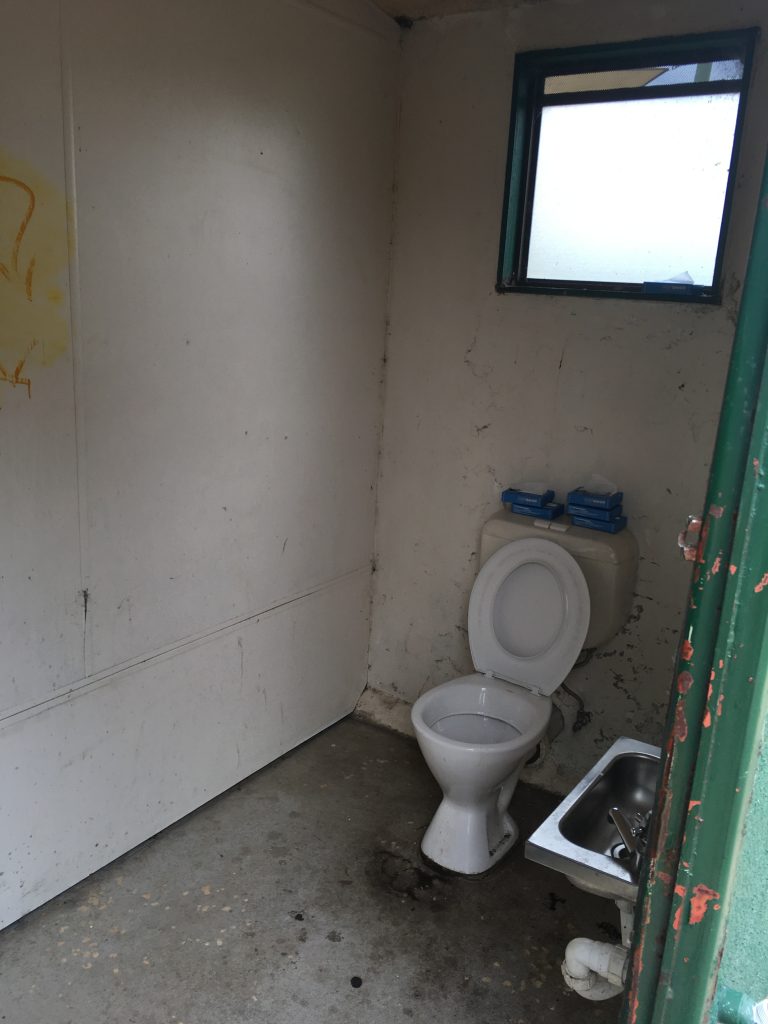 The lighthouse is a winner, the pub is a great old brick building, and the general store is one of the oldest in Australia. Whaddaya waiting for? Set sail!