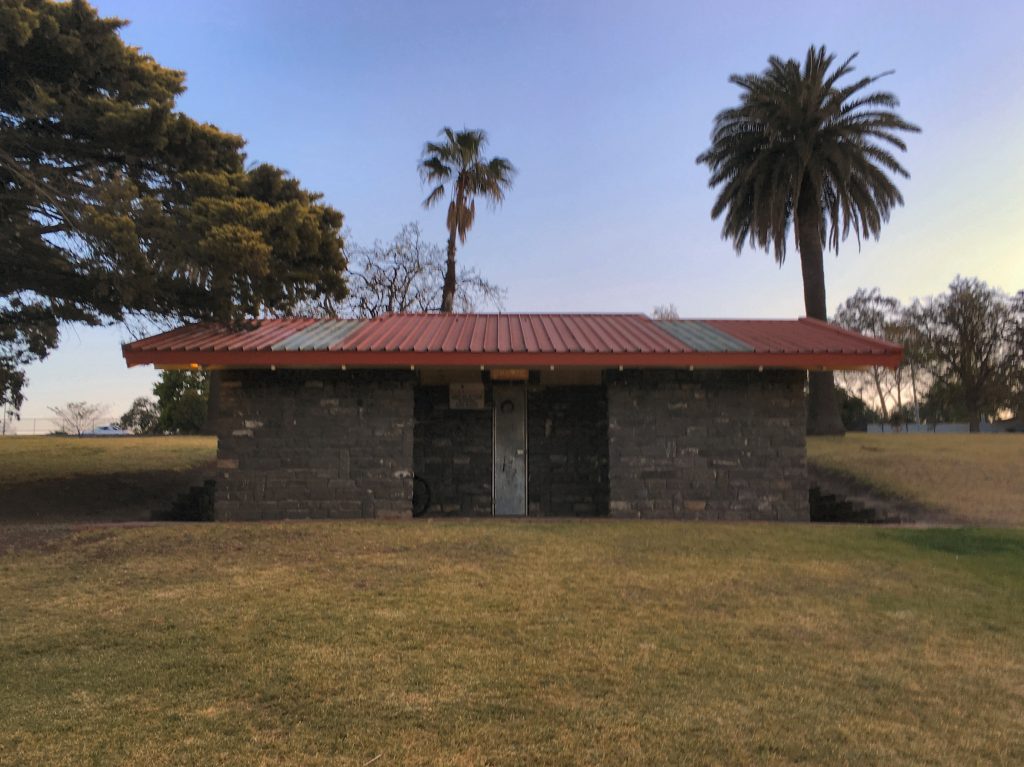 Now this is a fair boast, seeing as the ringtail belongs to the quietly chirruping (rather than the demonically shrieking) family of possums. Anyway, in 1911, Footscray residents decided to settle the question, and under the guise of wanting a park just as nice as the ones in the posh east, lobbied for and constructed one of the largest Edwardian parks in Australia—Footscray Park. 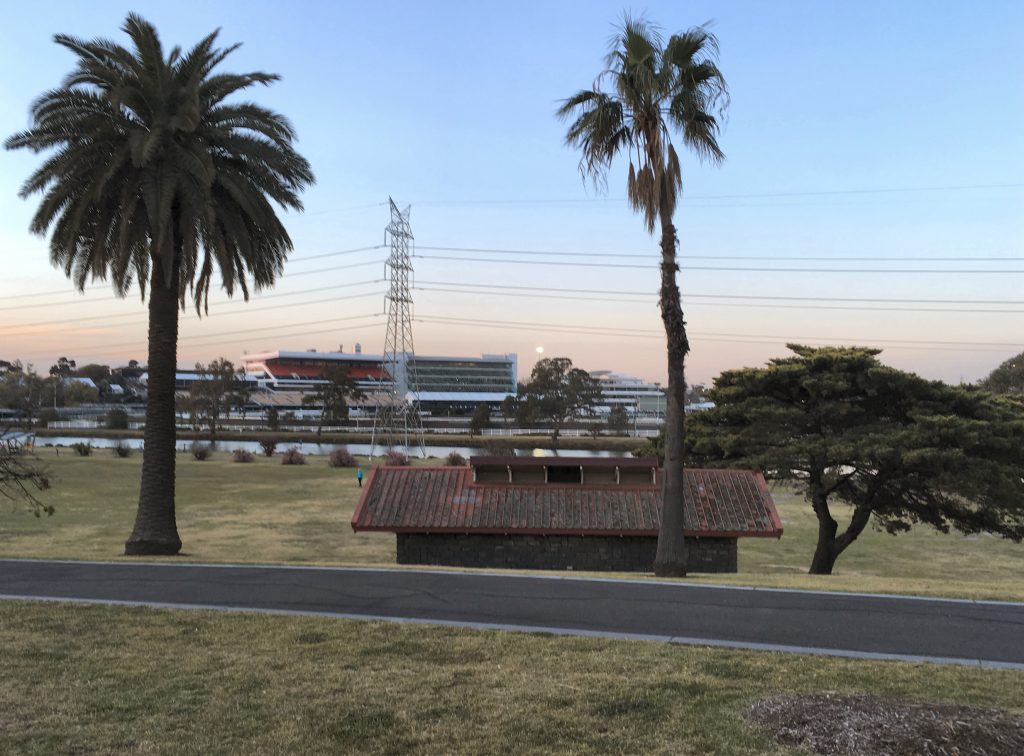 In the spirit of the age the possums were promptly shot by the local Boy Scout troop and the “saltwater river” it was, at least until the next breeding cycle (possum, not Footscrazian). 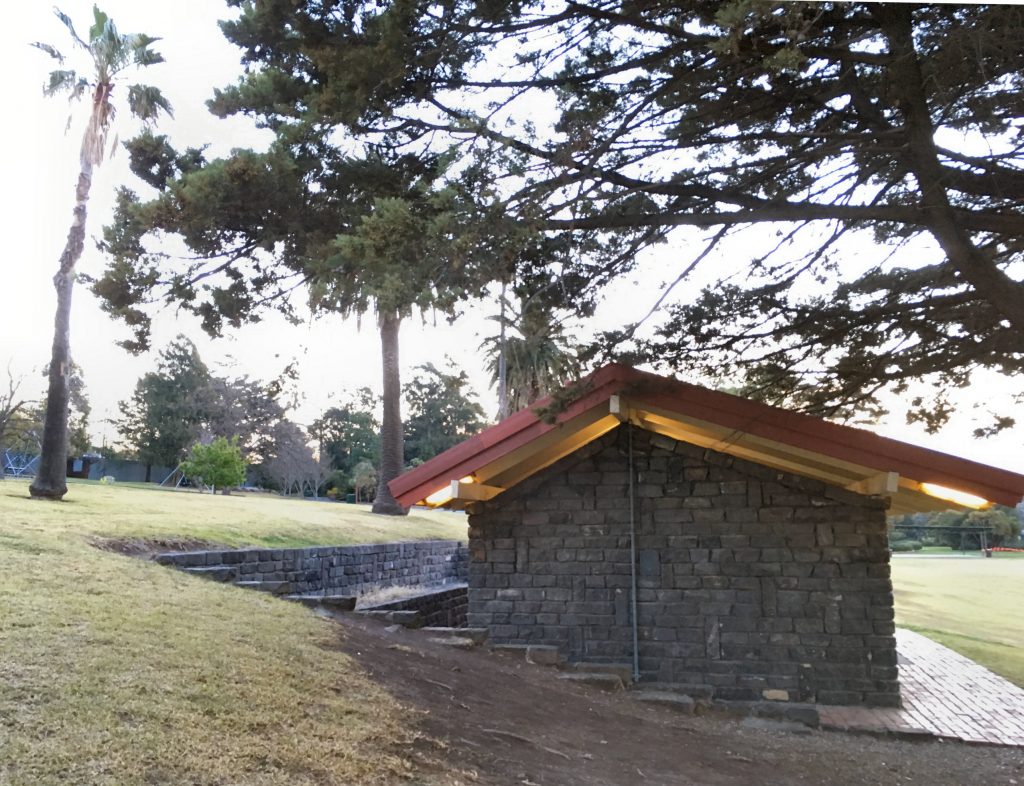 We’re told that roughly hewn stone structures were a crucial part of Edwardian park architecture, and so up went this bluestone dunny overlooking the city, Flemington Racecourse, and the saltwater/I can hear a ringtail possum river. 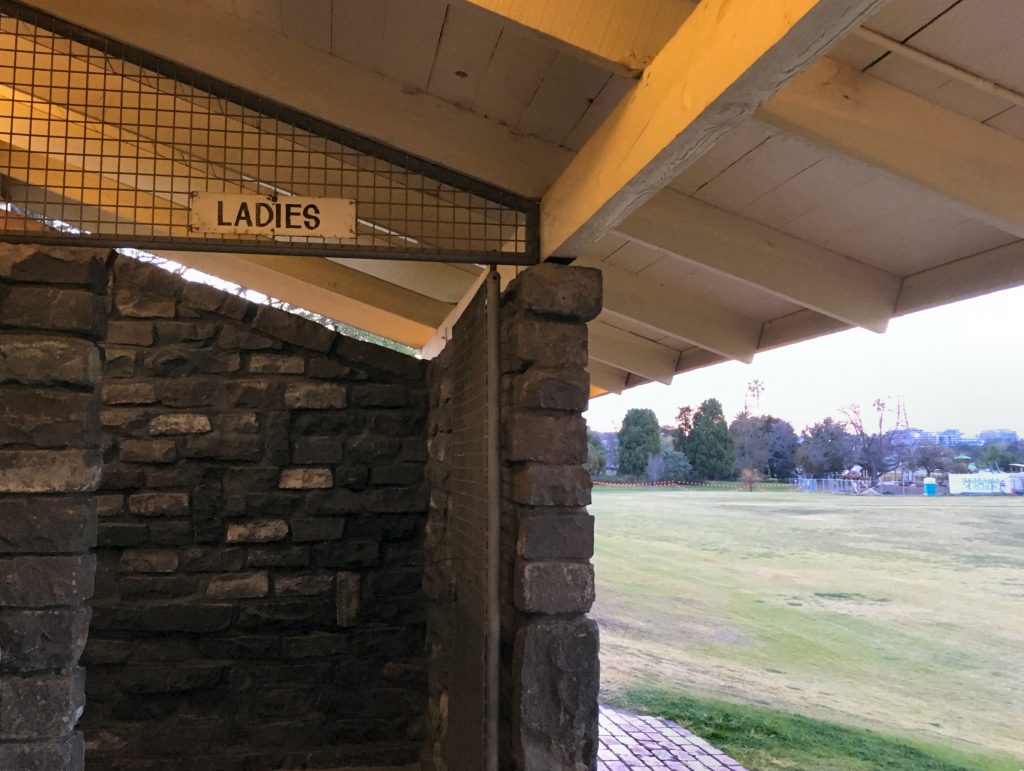 Although the aristocracy still strongly held sway, the Edwardian era was known for the political rising of previously excluded classes, and it is good to see the artwork of “Nong” and “Sick” carrying on this tradition in this public loo. 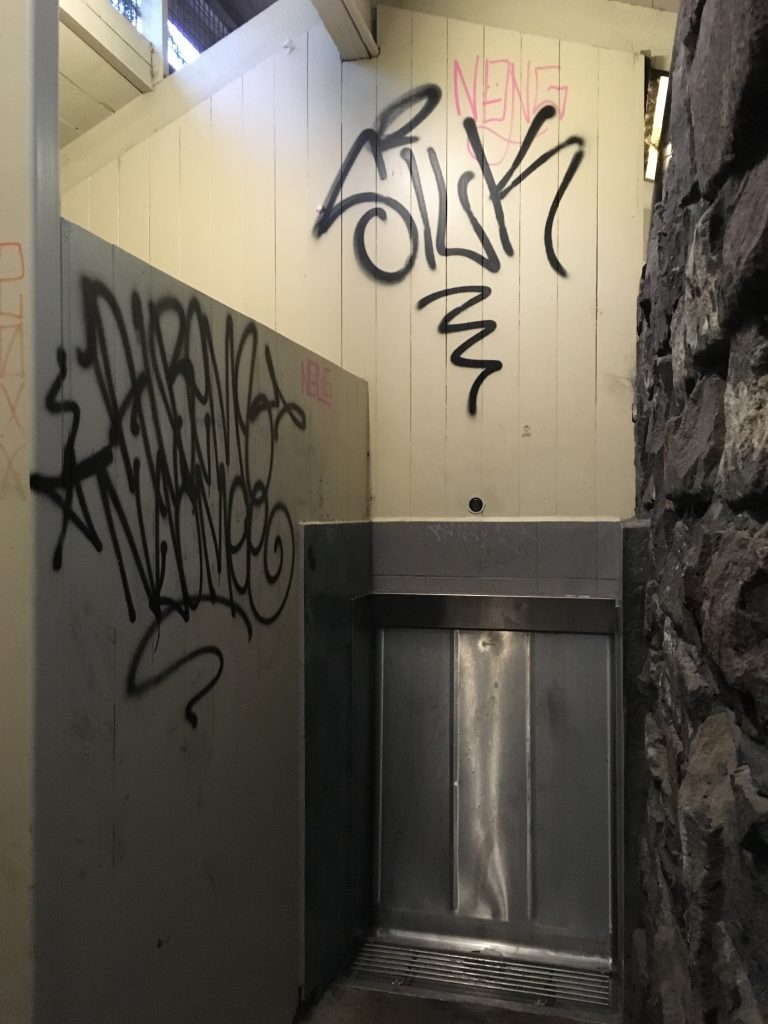 Somewhere in Melbourne, serviced only by an obsolete phone number, there lies a mysterious public toilet “control room”.  If we had to guess, we’d suggest picturing a large room with lots of pipes serviced by a creature resembling a many-armed Hindu god but with plungers for arms and one telephone fielding calls all day from people that just so happened to observe (but certainly did not cause) a blockage or malfunction. Now that’s an attraction for the next Open House Melbourne. 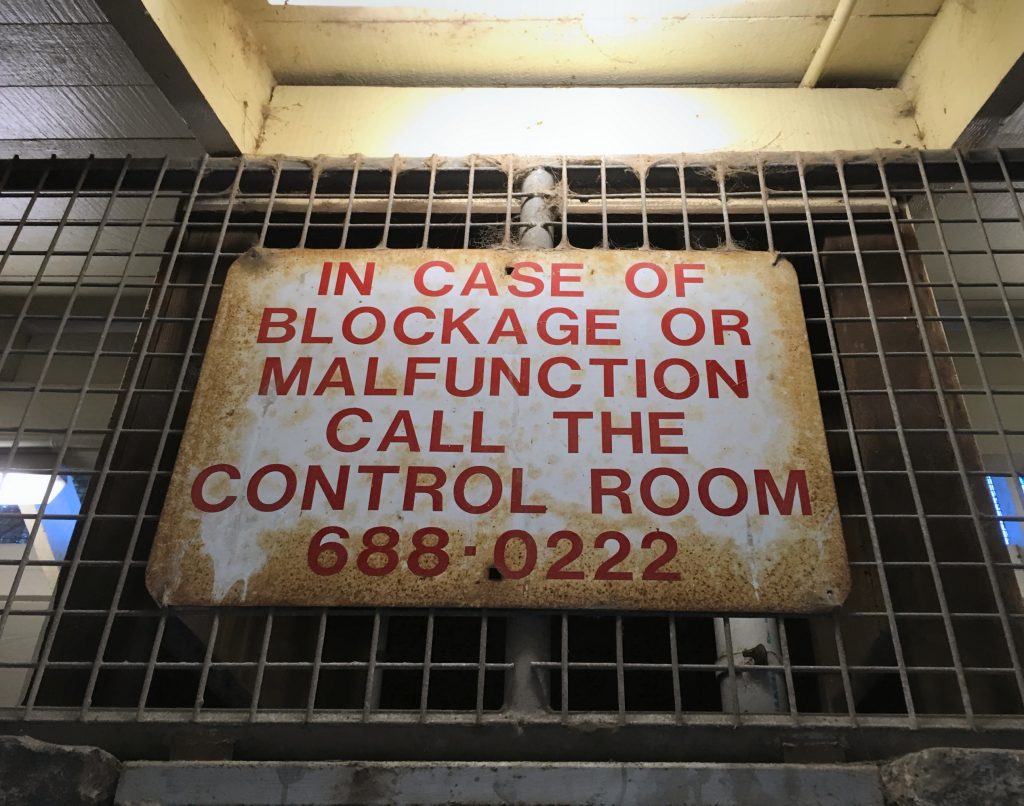