House prices, Underbelly DVDs, scandalous books on George Pell, fruit fly—even the proudest Victorian can find a reason to leave the state every once in a while. And so it was that under cover of an apple-smuggling syndicate, we landed at Launceston International Airport in search of dunnies. 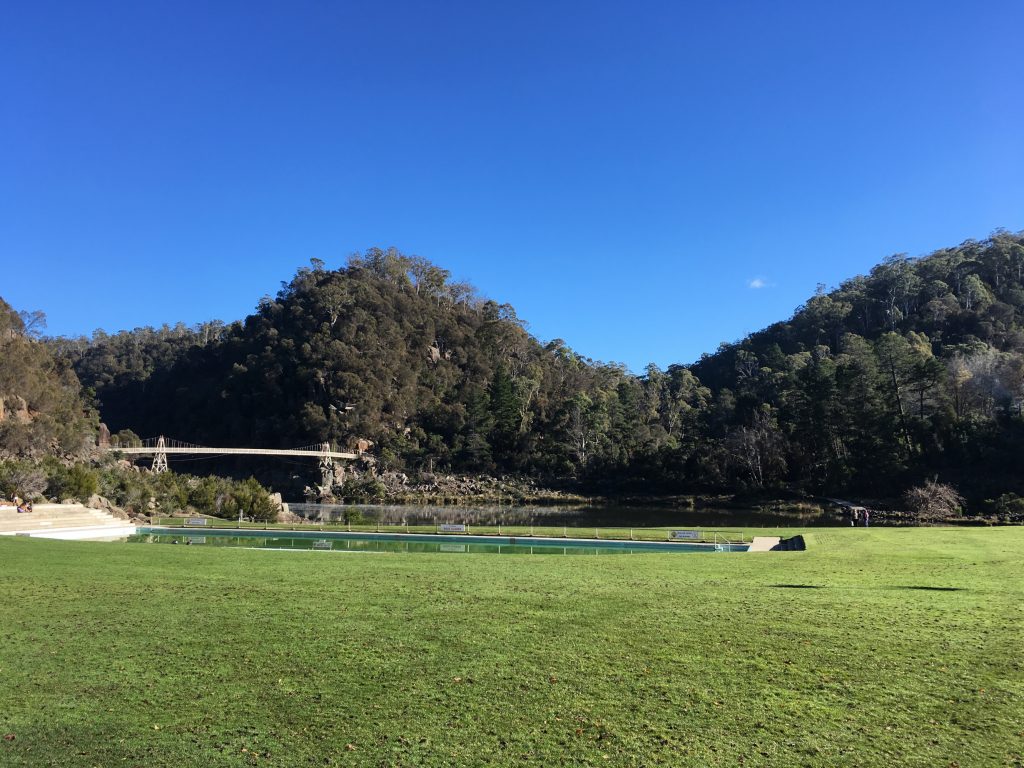 Less than ten minutes drive out of the Launceston CBD, we found the magnificent Cataract Gorge. Not bad, considering that the same amount of driving out of Melbourne’s CBD will at best get you to Witches in Britches. 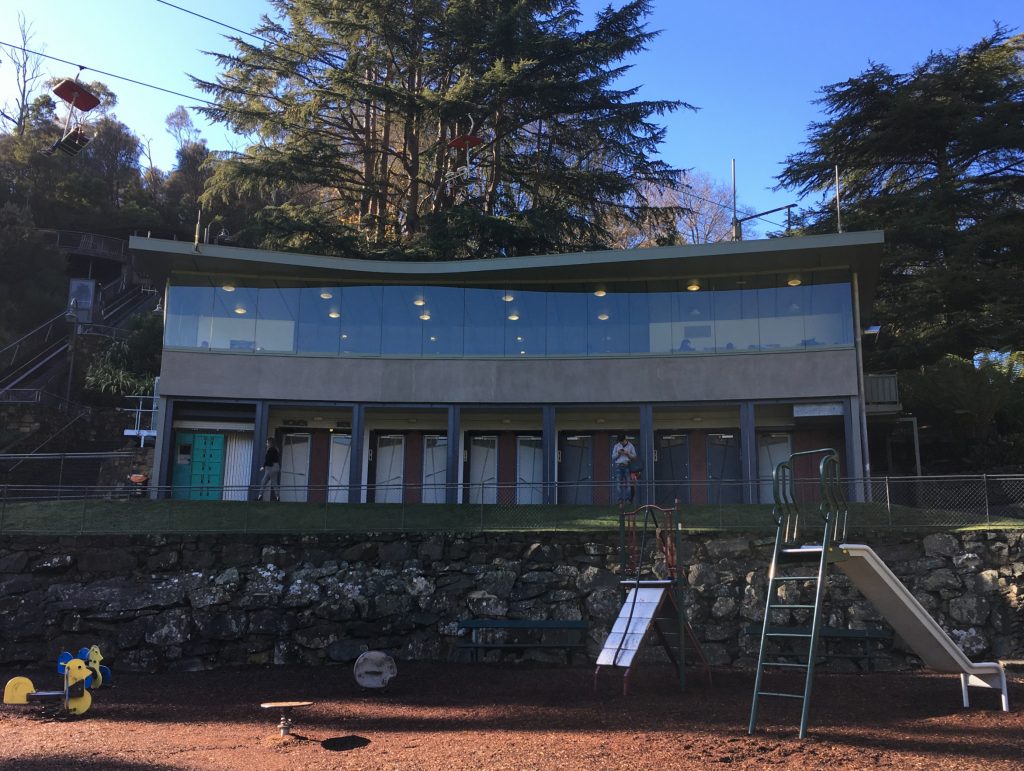 Just when we thought nothing could top the natural splendour of the gorge, we turned around and saw this beauty. Modern yet tasteful with its own flood retaining wall at bottom and restaurant at top,  this is a world-class public facility—so much so that it’s got its own scenic chairlift for an aerial view of the dunnies, and a funicular that will transport you directly from the car pack down to the loo (for free!) for those moments of sheer desperation where even one extra step may lead to sphinctal disaster. 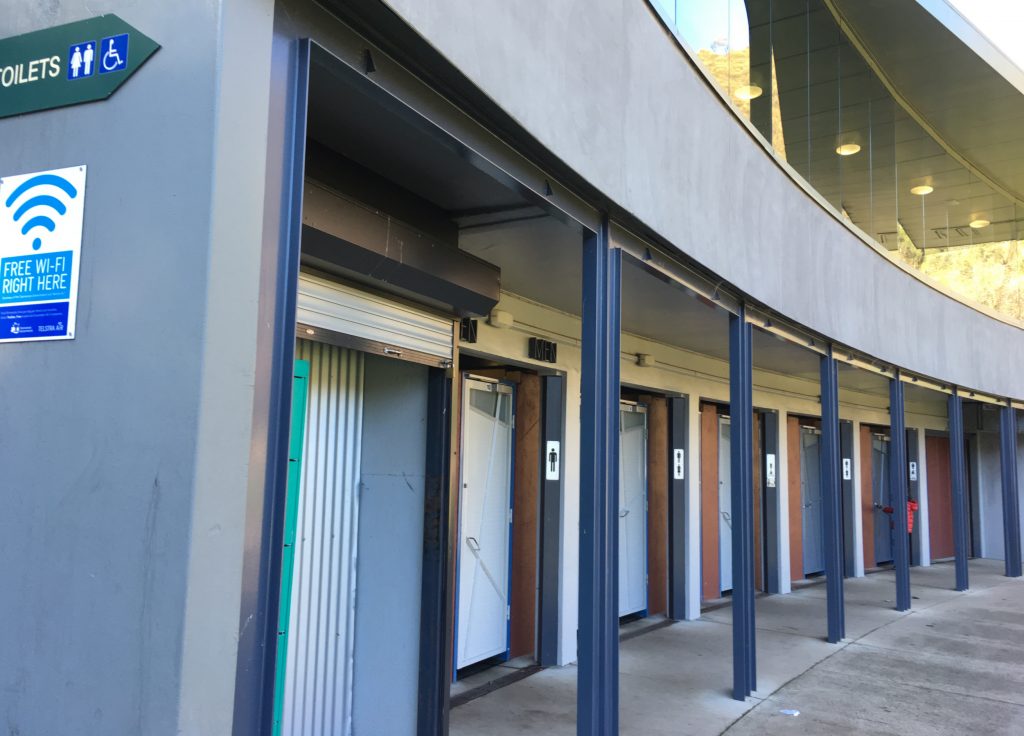 There are eleven dunny doors on the building. There is so much space and peace and quiet in Tasmania that a full nine of these lead to a private loo/shower/changeroom. All with free wi-fi! 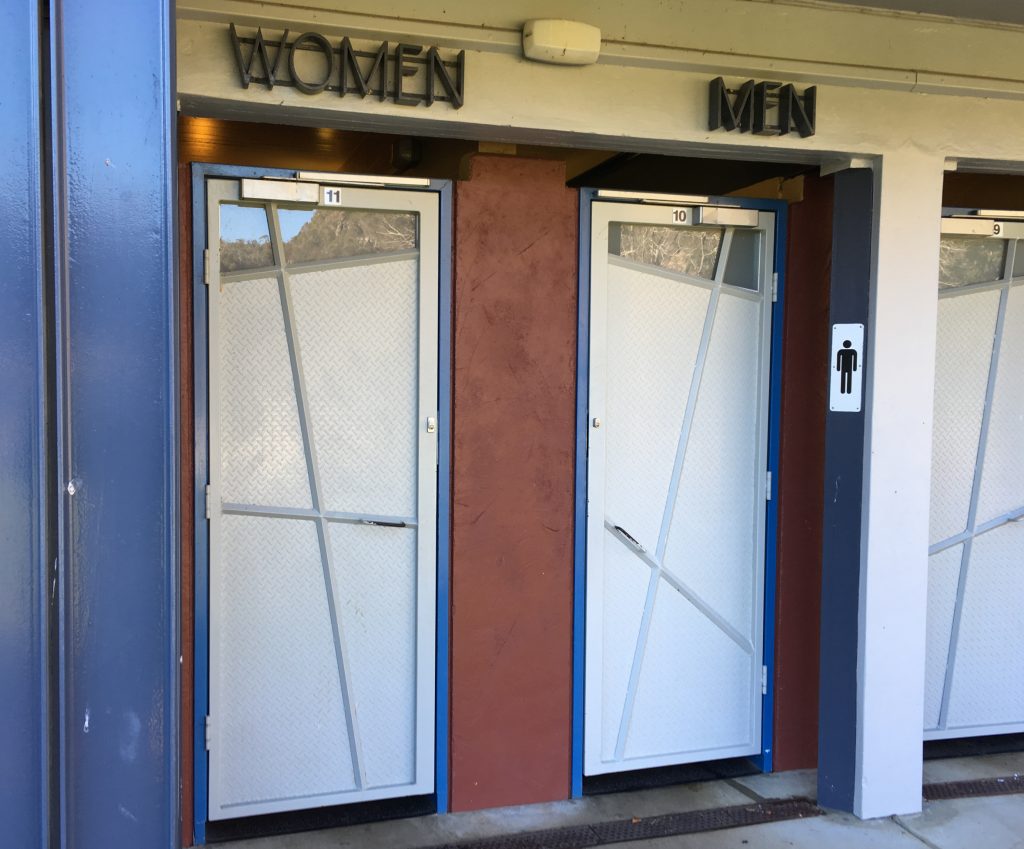 Gone are the days (at least in Launceston) where Dad disappeared to the dunny with the Sunday paper for the better part of the morning.  Dad can now come here, lock himself in one of these luxury modernist cubicles, not get shouted at to hurry up, muck about on his phone all morning without using any of his data, and then chuck in a two-hour hike of the gorge on his way home. It’s like those “Life. Be in it.” commercials from the 1990s, but far more satisfying. 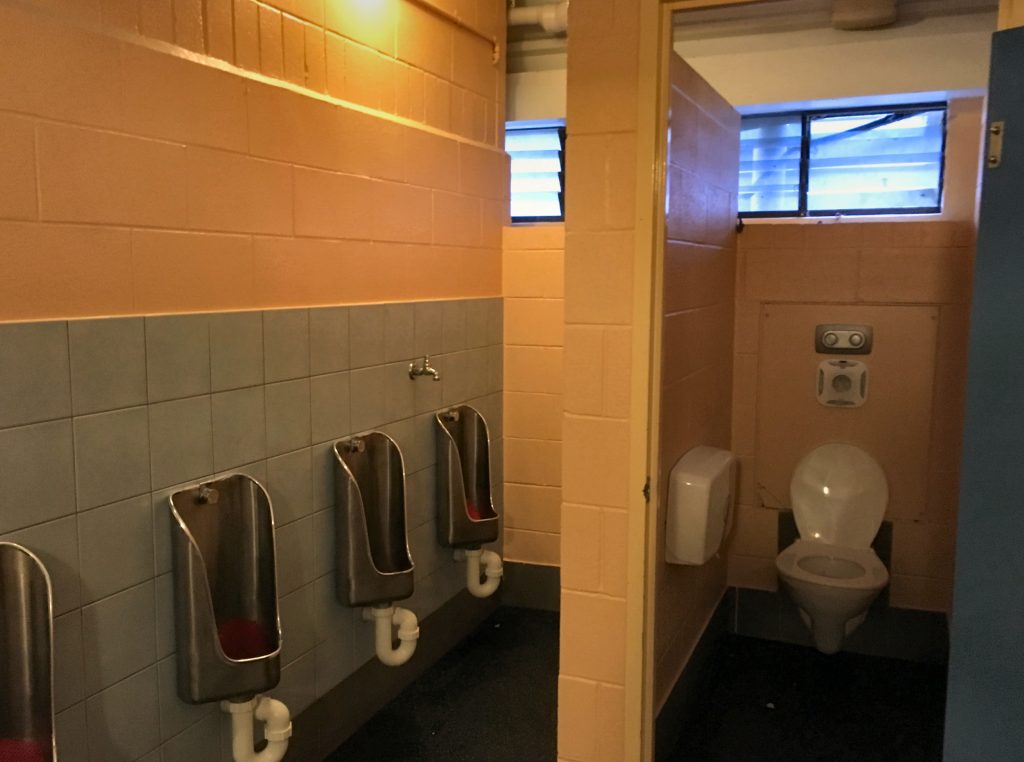