Rumblings have been detected atop Mt Buninyong, a so-called extinct volcano. Interestingly, the volcano’s summit is also home to this dunny. 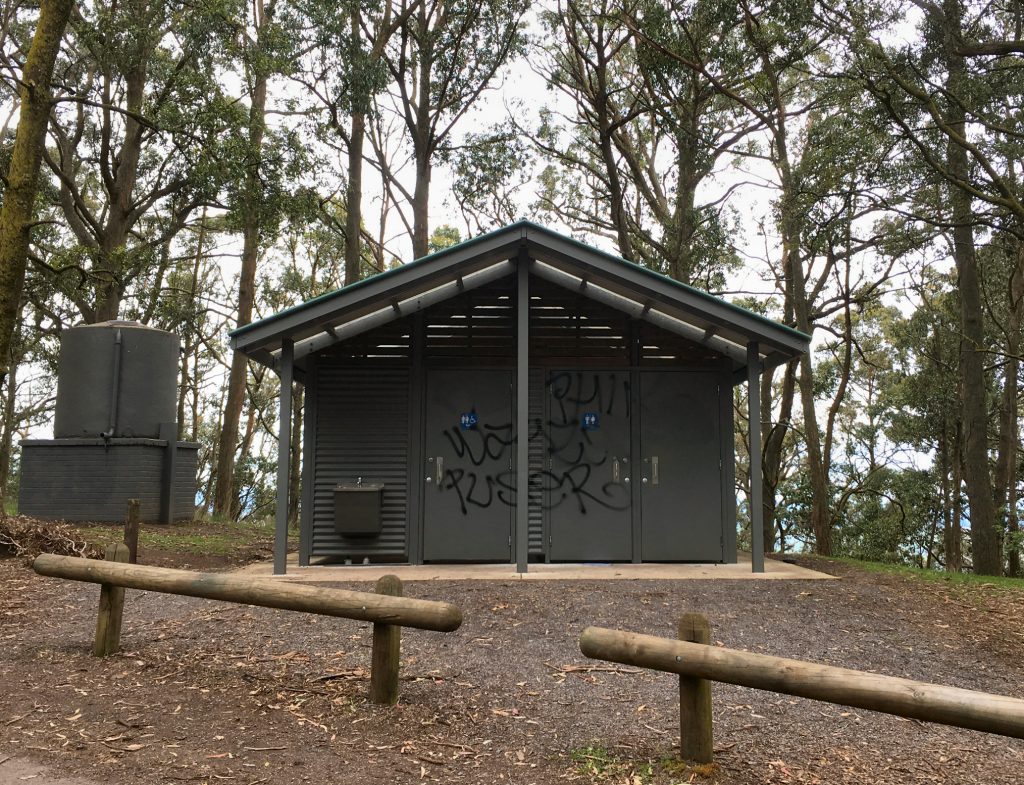 Are these tremors simply a result of yesterday’s reheated curry, or a portent of disaster?  Might Ballarat, like Pompeii before it, soon be buried beneath a torrent of ash and subsequently excavated thousands of years later by robot archeologists, who will draw the inevitable conclusion that 21st century Australian society involved little more than panning for gold, nine-pin bowling, and copping pot glasses to the head? 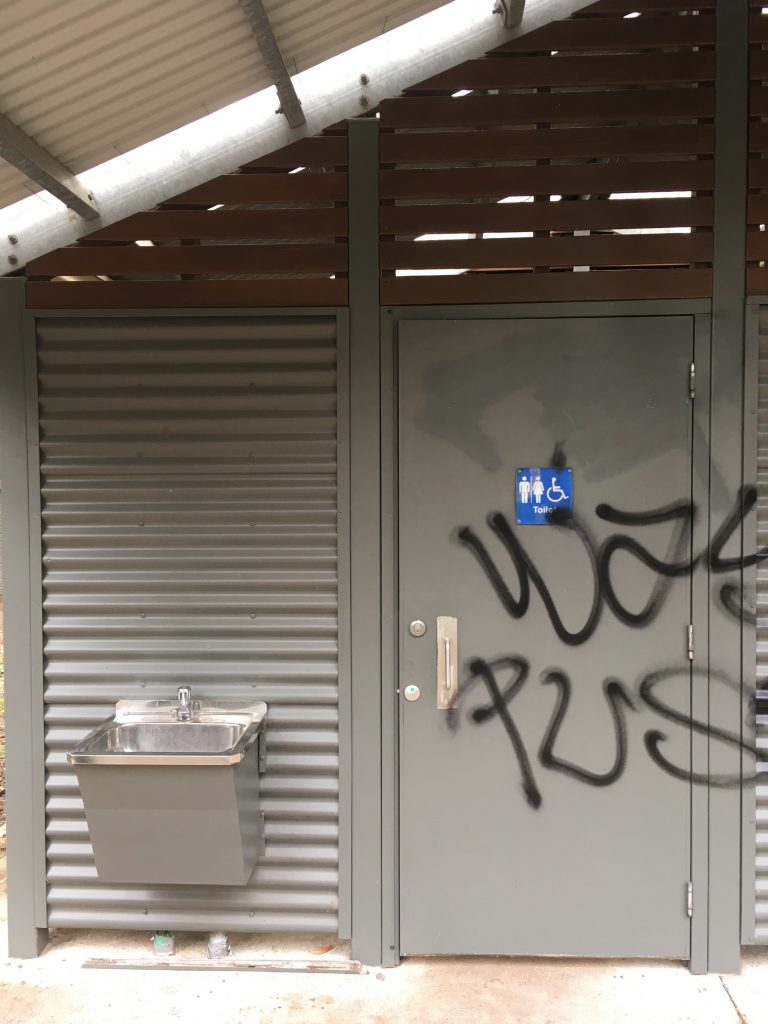 If it is just the curry at work, this toilet paper doesn’t help. Also known as “schoolchildren’s bane”, you would have more luck cleaning up an oil spill with baking paper than you would wiping your bum with this waxy crap on a humid summer’s day, 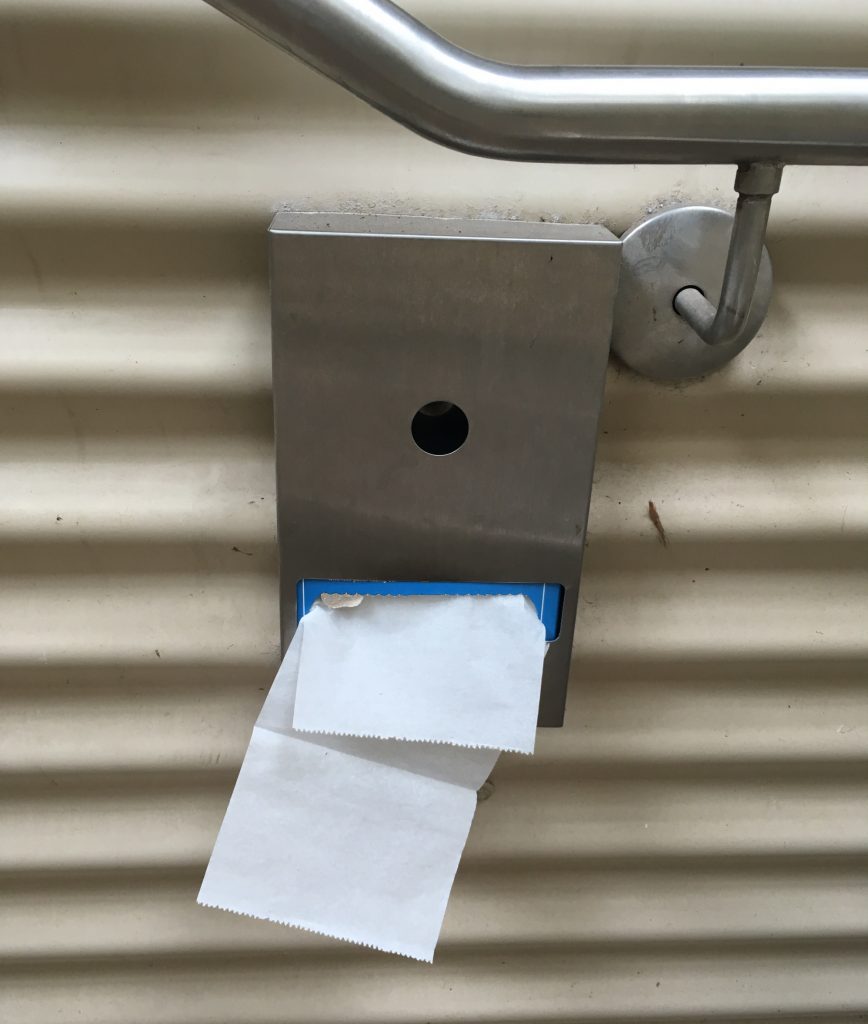 Near the dunny there is an observation tower in memory of Alexander Bell. 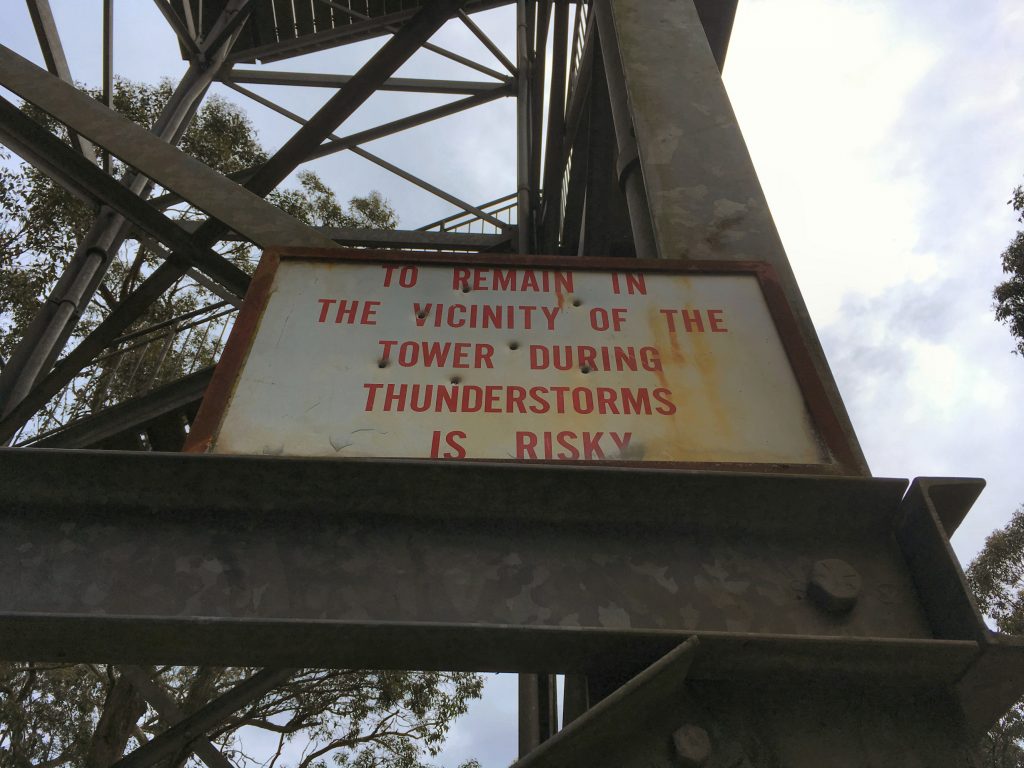 The tower’s commemorative plaque was defaced by a history buff who was obviously (and grievously) disappointed that the Alexander Bell it commemorated was not the inventor of the telephone, but the local Victorian politician of the same name. 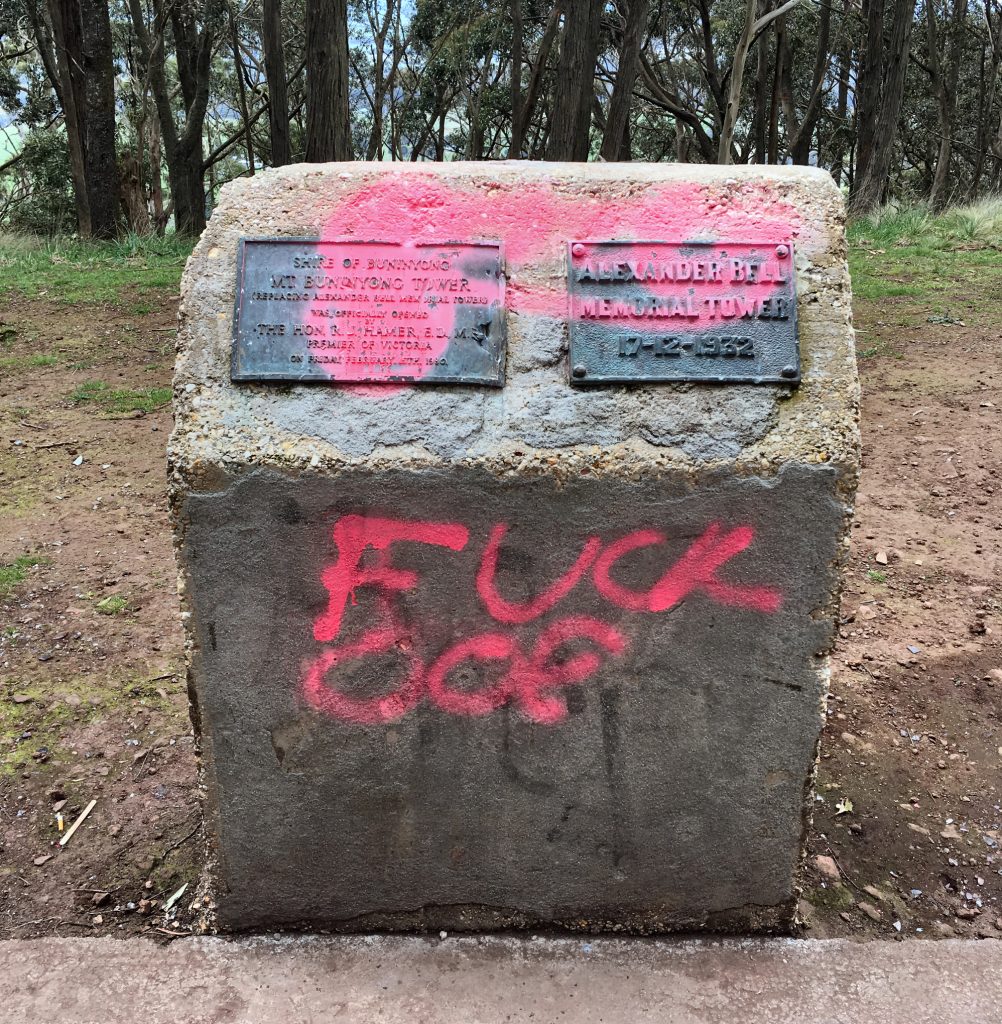 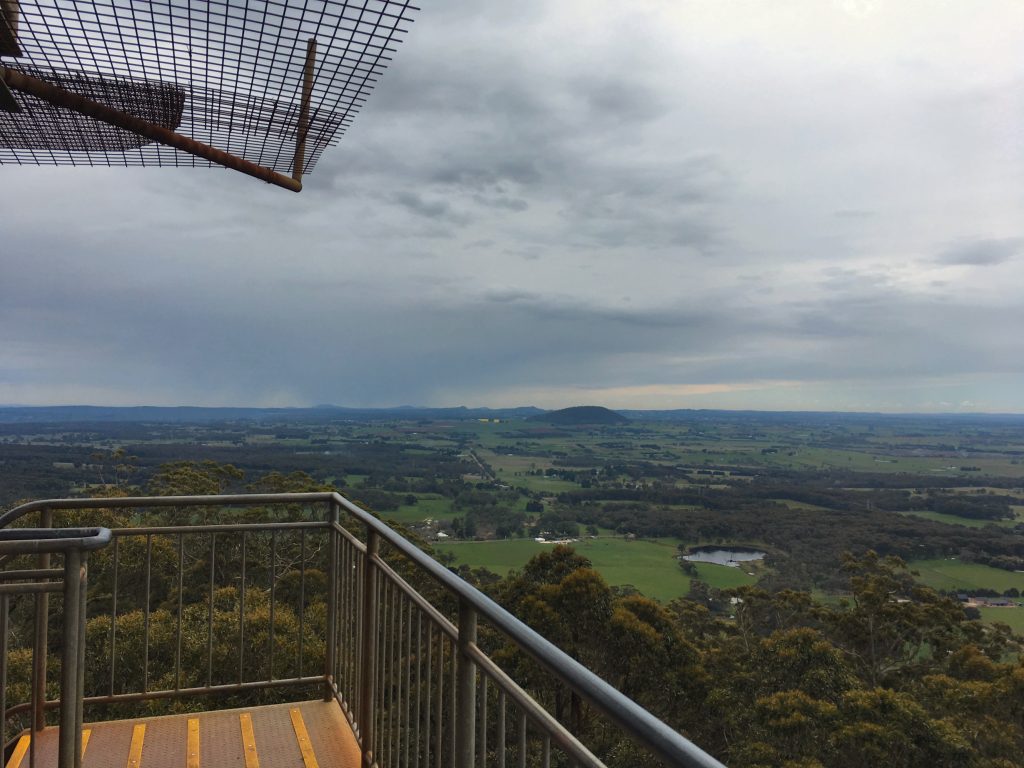 …and some heart advice, perhaps for the fella who wasn’t that keen on Mr Alexander Bell. 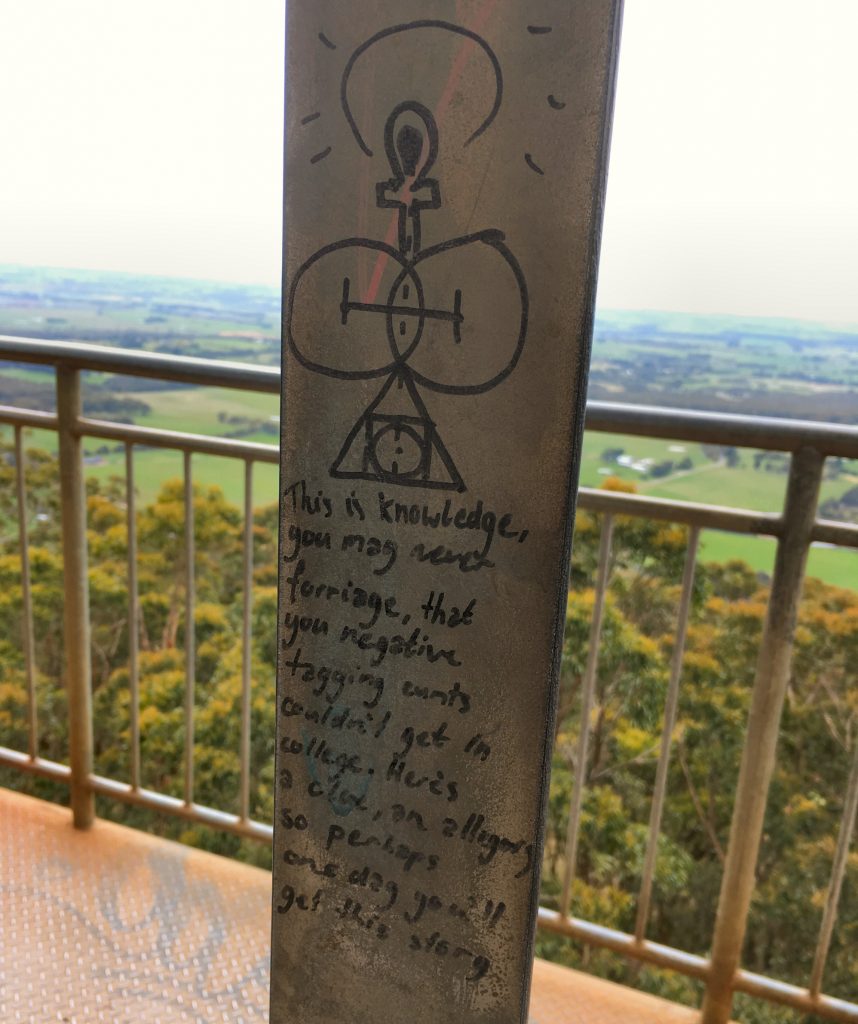