Apparently the thing to do when half the state is ablaze on a 40 degree day is to go up a heavily wooded mountain and take pictures of a dunny. 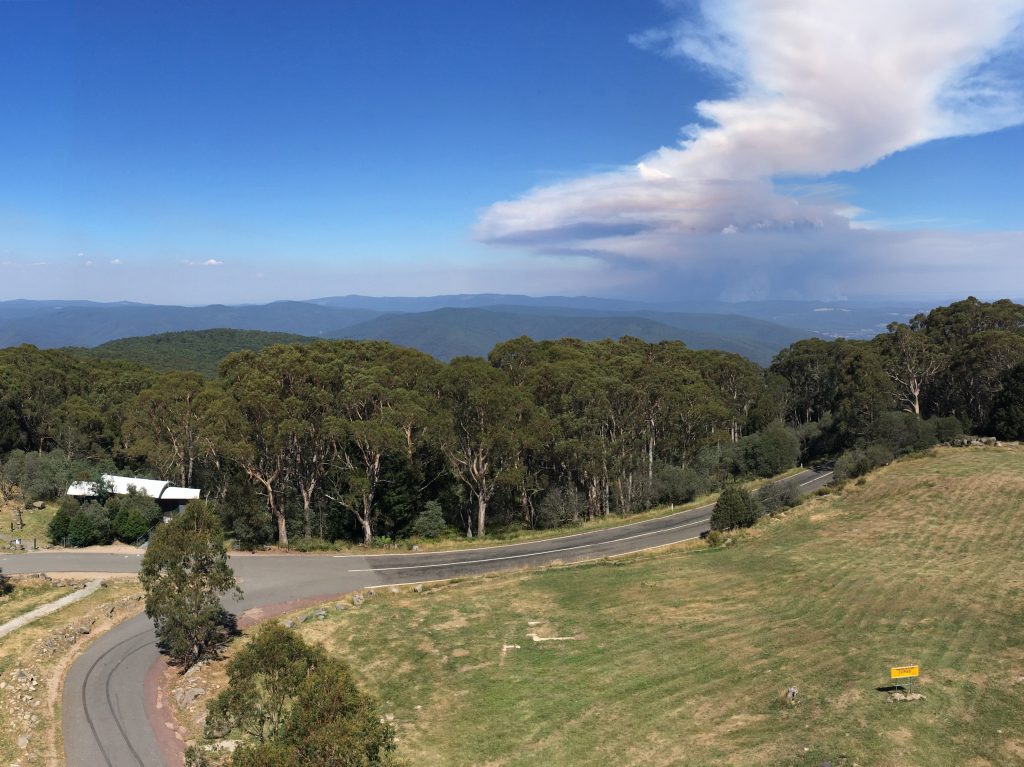 Pictured here is the view from the Mount Donna Buang observation tower in March 2019. On the right, a massive plume of smoke rises from the Bunyip bushfires. On the left, the sky appears clear, but I can assure you that a similar cloud of noxious gases was rising from the public toilet. 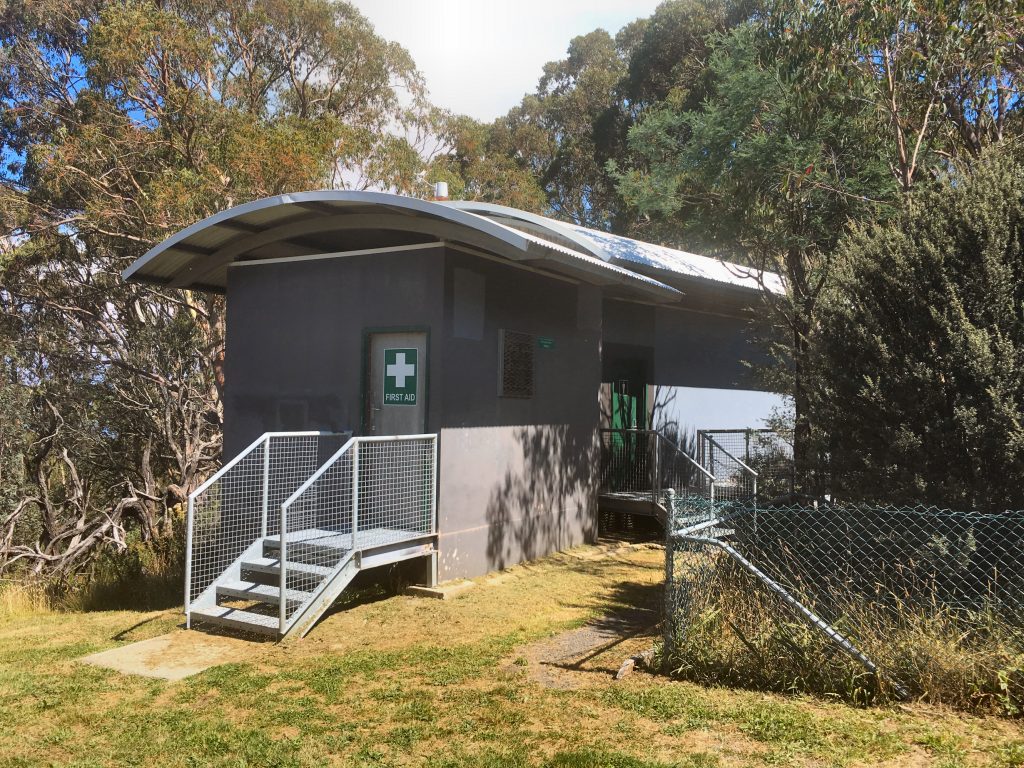 Some would call such an expedition reckless, but your correspondent—Mr. Borrie—was once a member of the cub scouts, and therefore had survival skills. Over many years I learned how to break into the scout hall after hours to play spin-the-bottle. If fire threatened this peak, I would use these skills to break into this first-aid room, cover my mouth and nose with moist alcohol-based antiseptic wipes, wrap myself in several nylon-blend jumpers and tights, and head to the snow-covered toboggan slopes to wait out the inferno. 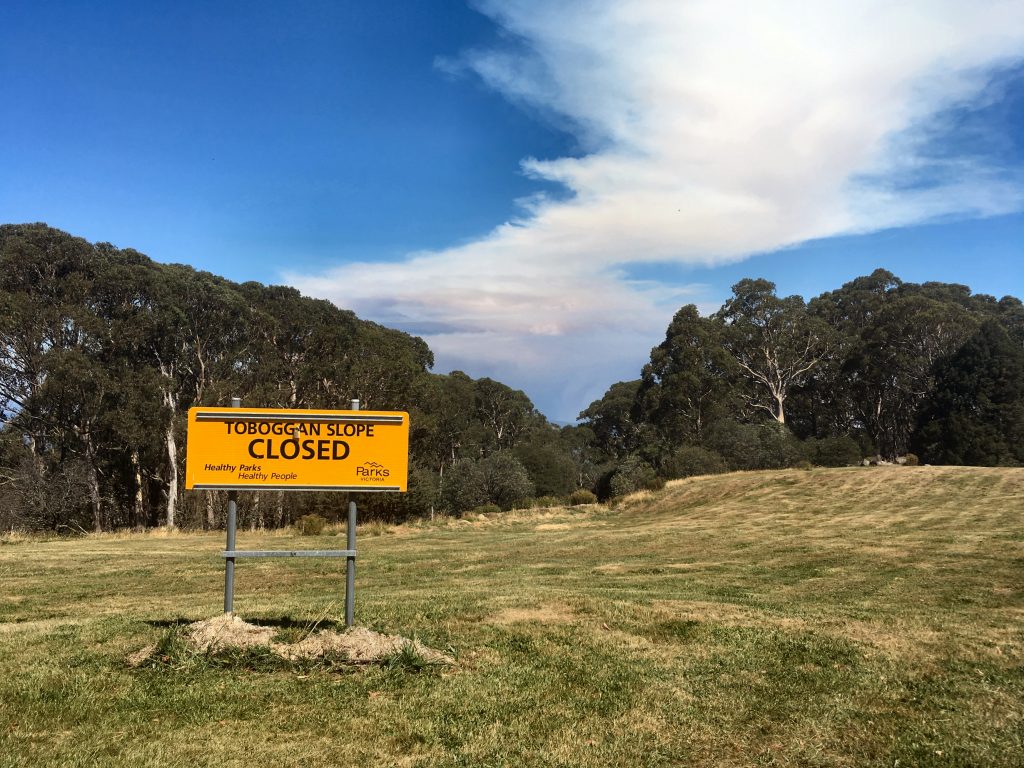 Apologies, the snow was on the other toboggan slope. As we were not threatened by fire I had no need to go and take pictures of it. 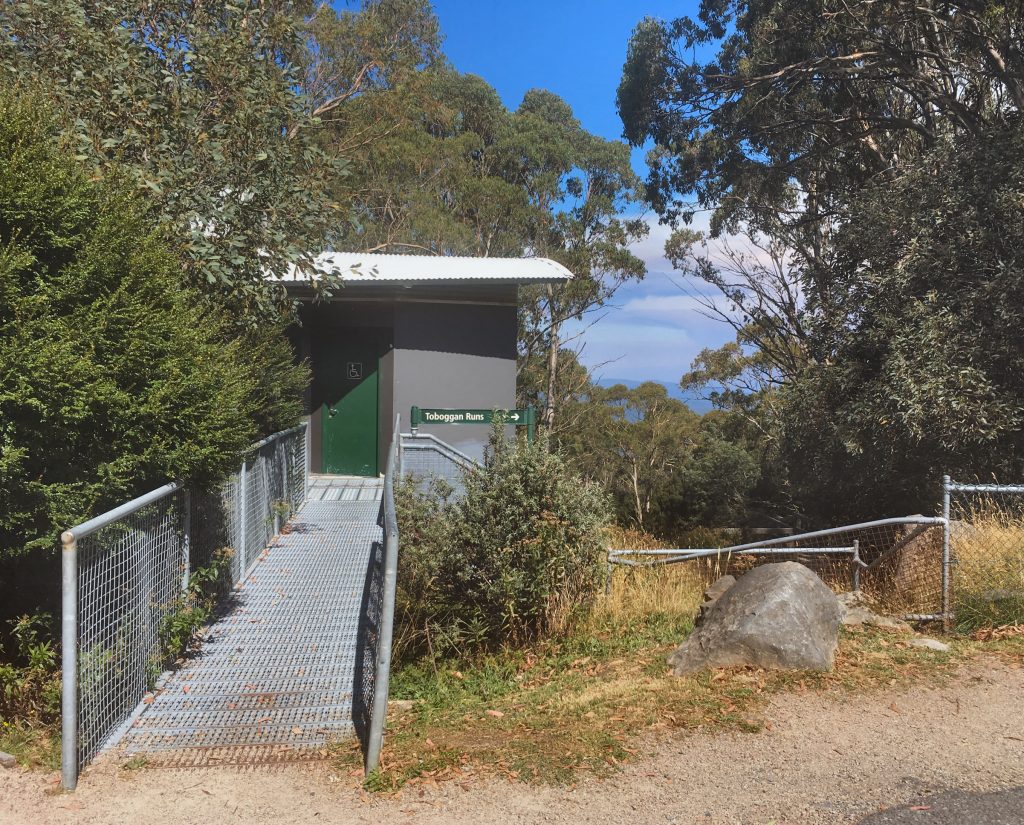 The name Mount Donna Buang comes from the Wurundjeri and loosely means “the body of the mountain“. It is a fine name, as the mountain is indeed a hulking body of a thing. Its height (an impressive 0.63 Bogongs) is even more impressive considering its proximity to Melbourne, and the fact that you can drive to the top of it and (legally) have a poo. 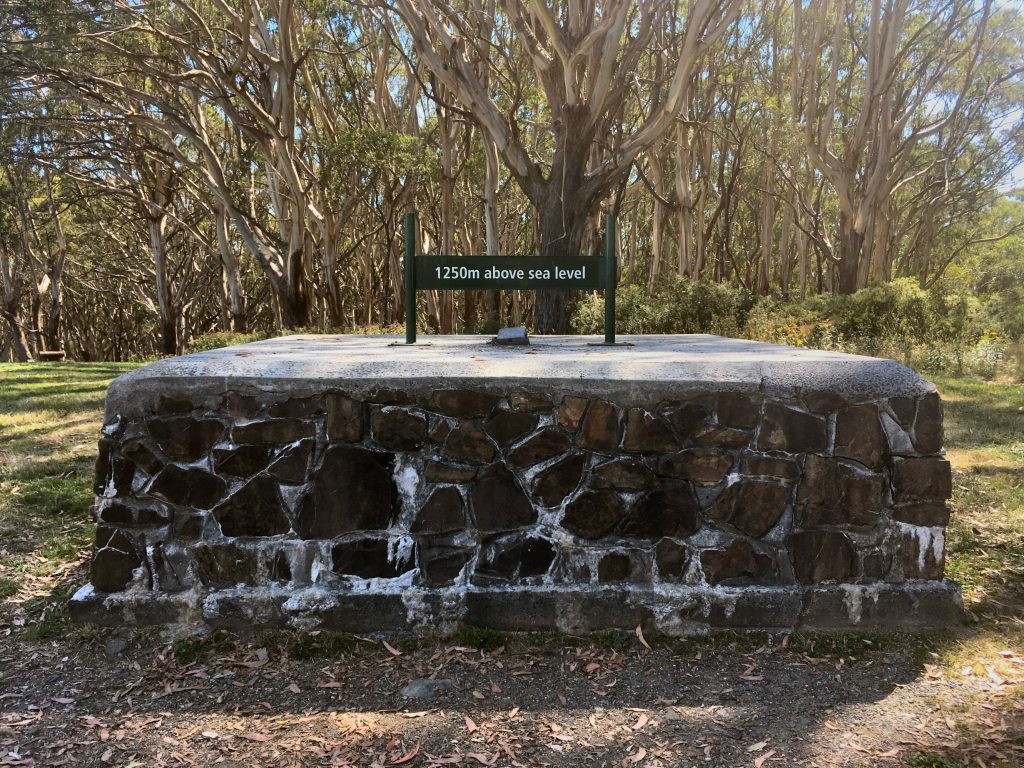 Of course, this proximity means that people are less likely to have run out of stickers by the time they get there.  Below is a sticker that is cool because the letter “E” has been replaced by a “3”. 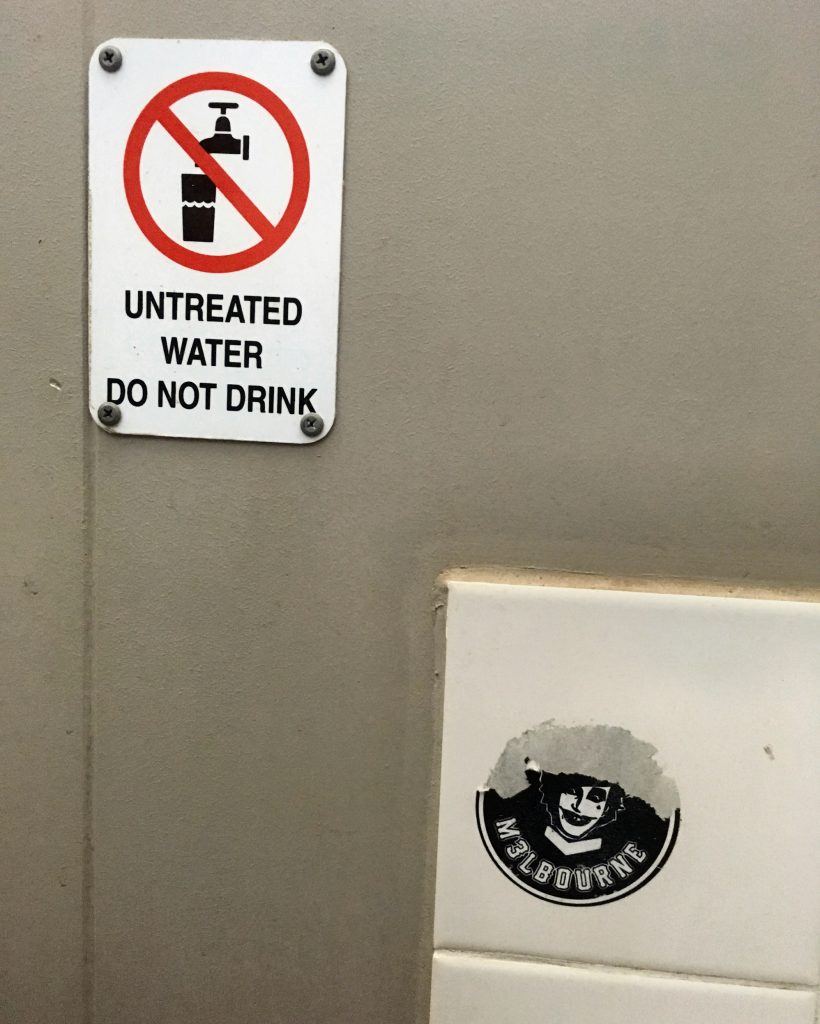 And here is the symbolic “body of the mountain”, as “improved” by “Steve”.  I was going to comment that Steve’s misalignment of the sticker makes it highly unlikely that I would entrust the alignment of my bicycle to him, but then I noticed someone had scratched a miniature doodle onto the sign, which is way funnier. 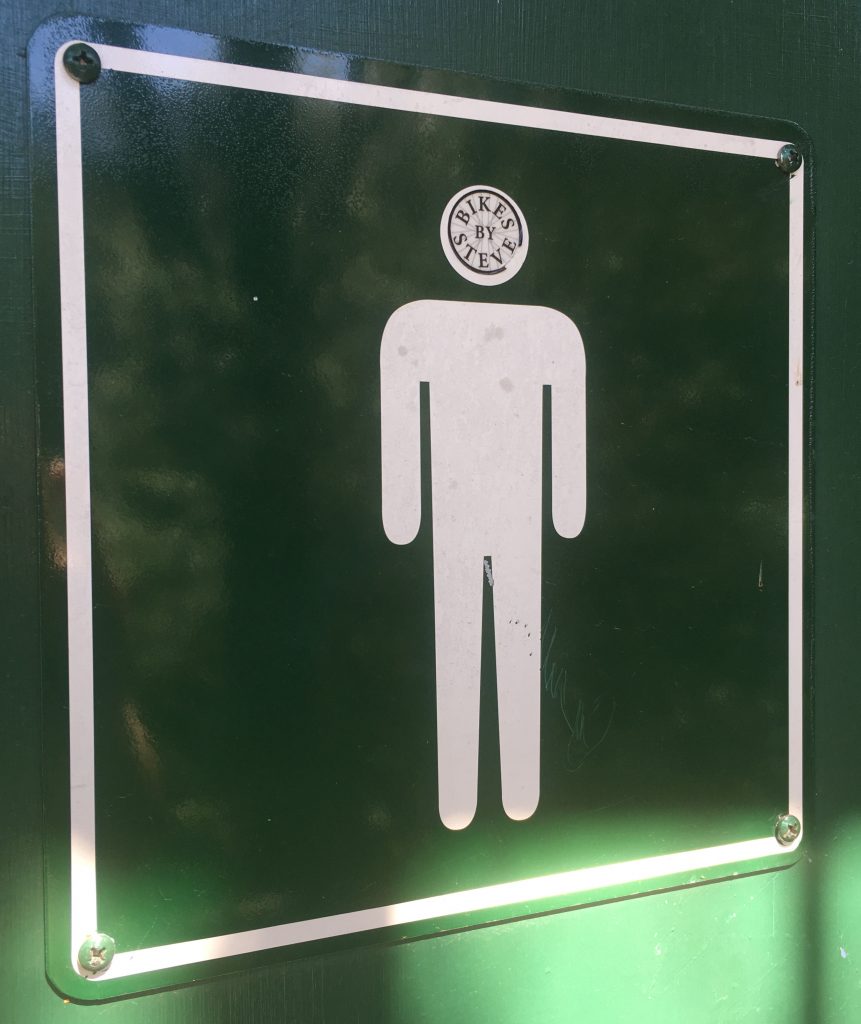