This year, the Federal Government will spend $6.7 million so that a wooden replica of the Endeavour can somewhat retrace the steps of Captain Cook. During the voyage, the vessel will run aground on the Great Barrier Reef (one of the living sections, for historical accuracy), and then it’s off to the Pacific where Scott Morrison will re-enact the kidnapping of Laird Hamilton, King of Hawaii.  Sadly the caper, like the original, will end in tragedy, and our Prime Minister** will disappear forever into a souvenir baseball hat shop. 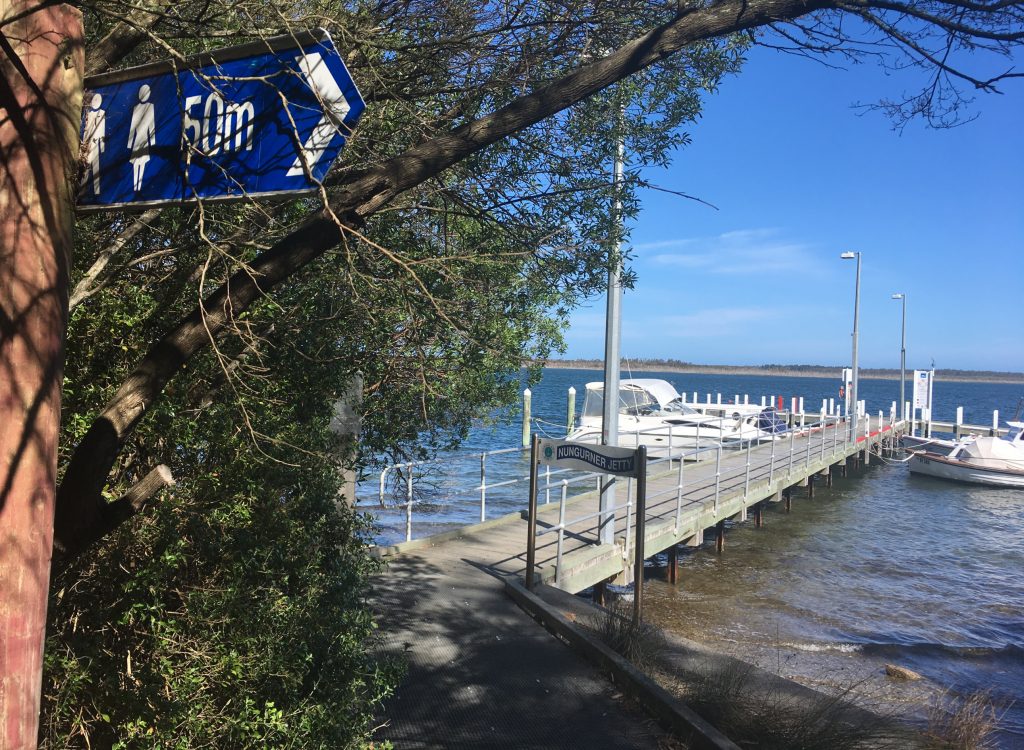 All this is to say that, for most of human history, coming ashore usually ended in being shot at, eaten, or told to piss off.  Not anymore! Coming ashore at Nungurner Jetty in the Gippsland Lakes, you will find a testament to our great socialist paradise—a friendly blue public toilet sign and this great raised-roof facility. 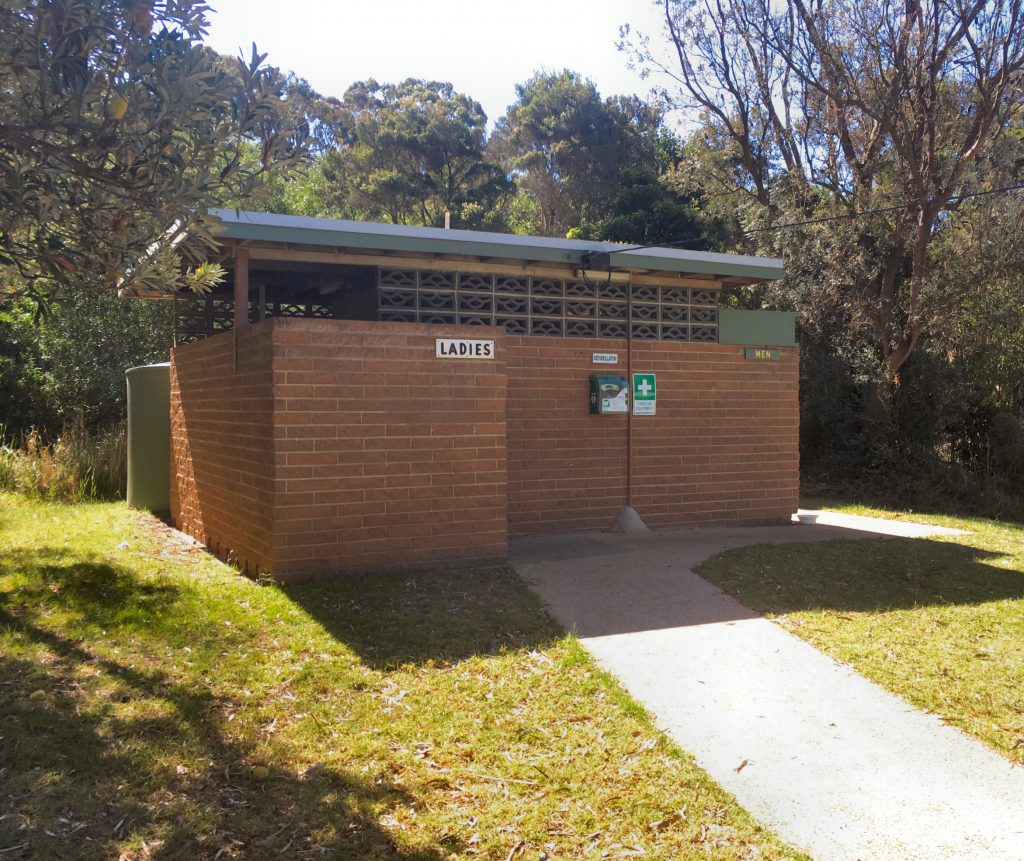 This one’s got an automatic defibrillator attached to the outside. We’re no medical experts, but such problems can be avoided at a much lower cost by providing little stools in each cubicle—allowing one to assume a squatting position that eliminates all unnecessary strain upon the body. 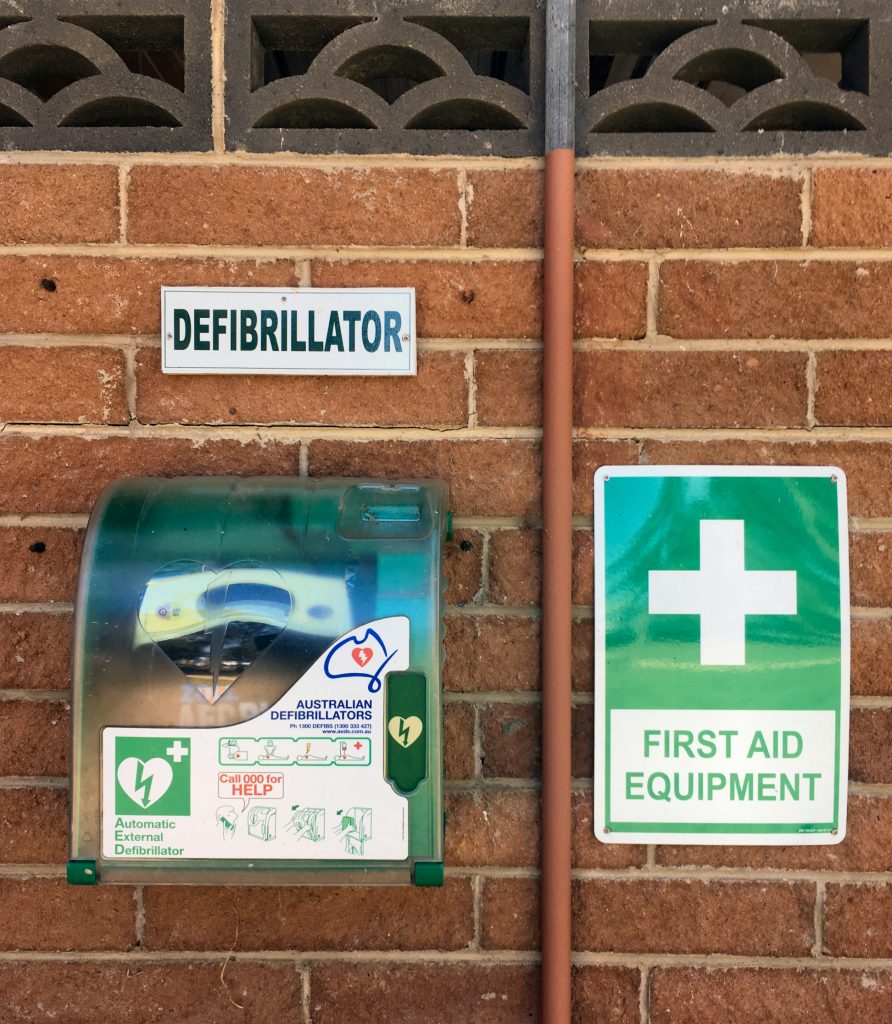 Of course, one can only escape politics for so long. In each age of history there can be only only great Question, and ours is surely the Nungurner water potability debate. 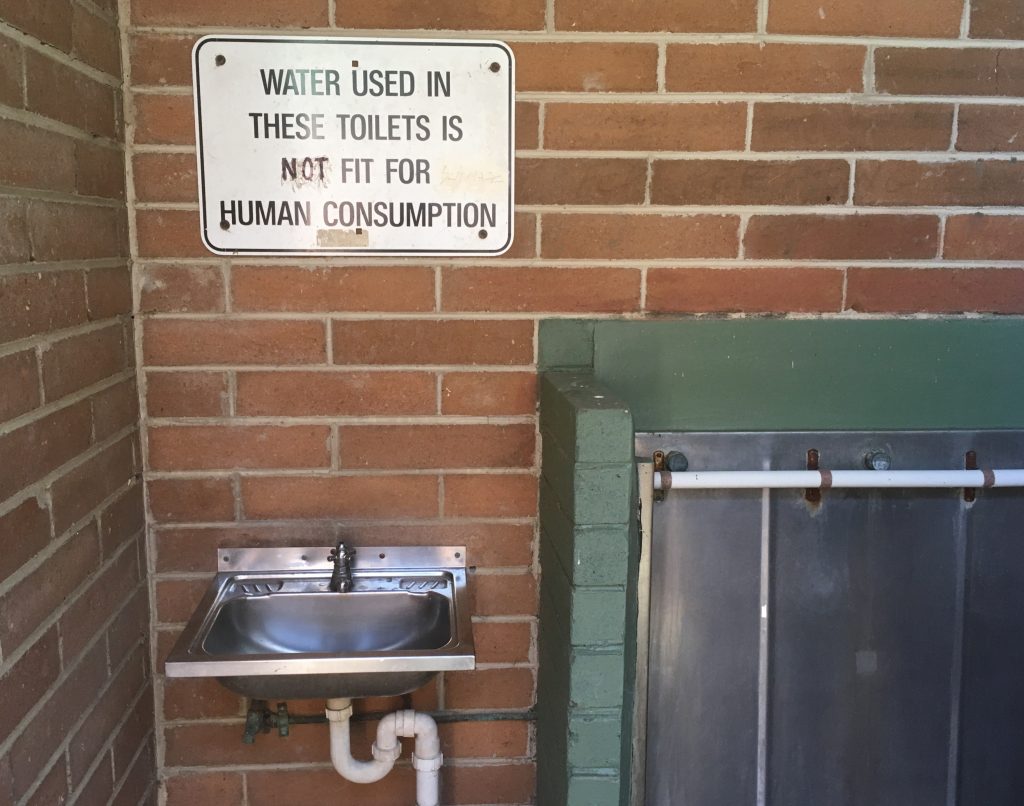 After soaking up the sights and smells of history it was back to our own Endeavour: a traditional Lakes Entrance pleasure boat, which was a bit of a misnomer given that the thing that would’ve given us the most pleasure—harassing the rare Burrunan Dolphin—had to be called off after we discovered the dolphin could travel faster than three knots. 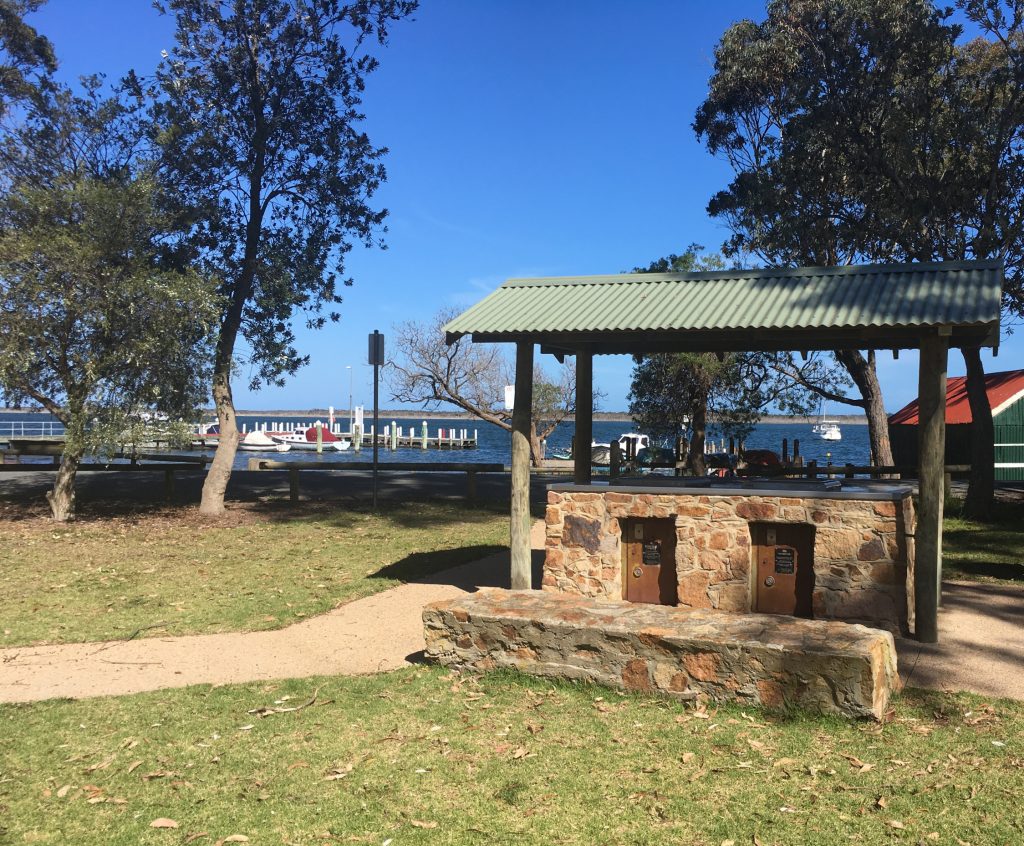