After spending lockdown 1.0 teaching myself German via the extended uncut version of Das Boot and various other WWII films, it was only natural that I should want to go to Steiglitz as soon as Obergruppenführer Daniel Andrews restored my personal liberties. 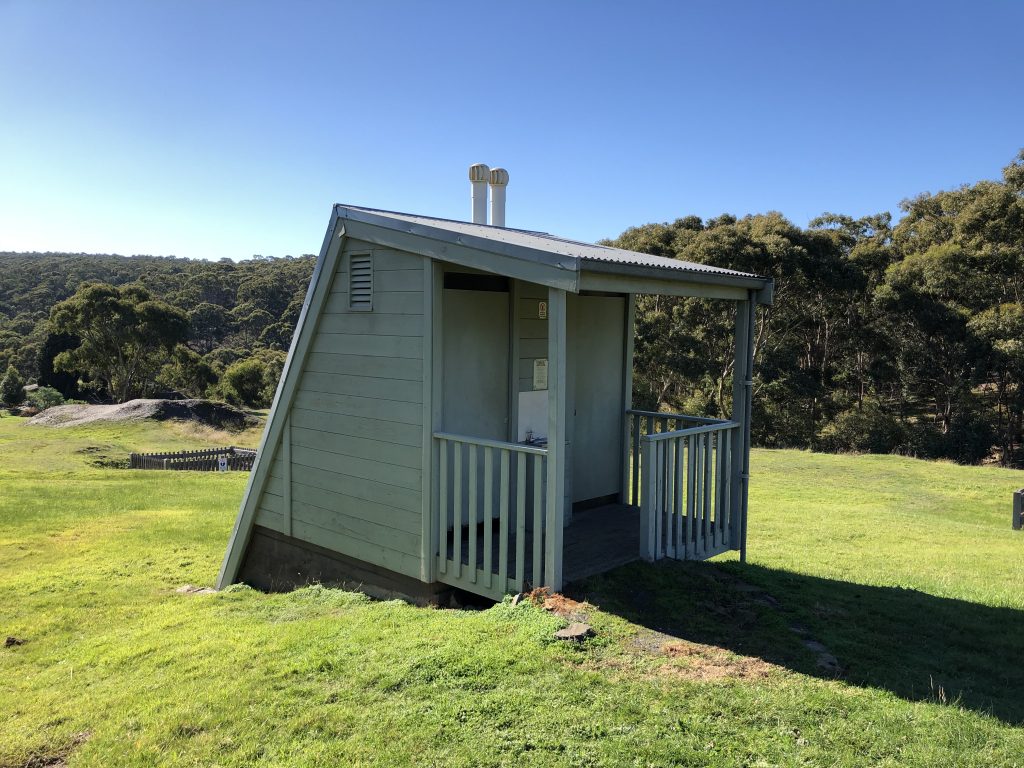 The now-abandoned gold mining town of Steiglitz was named for the family of Baron Heinrich Ludwig von Stieglitz, whose descendants were among the first Europeans to settle the area.  Like all immigrants they were given a warm Australian welcome—in this case by having their surname spelt incorrectly and recorded in the register of geographic names. 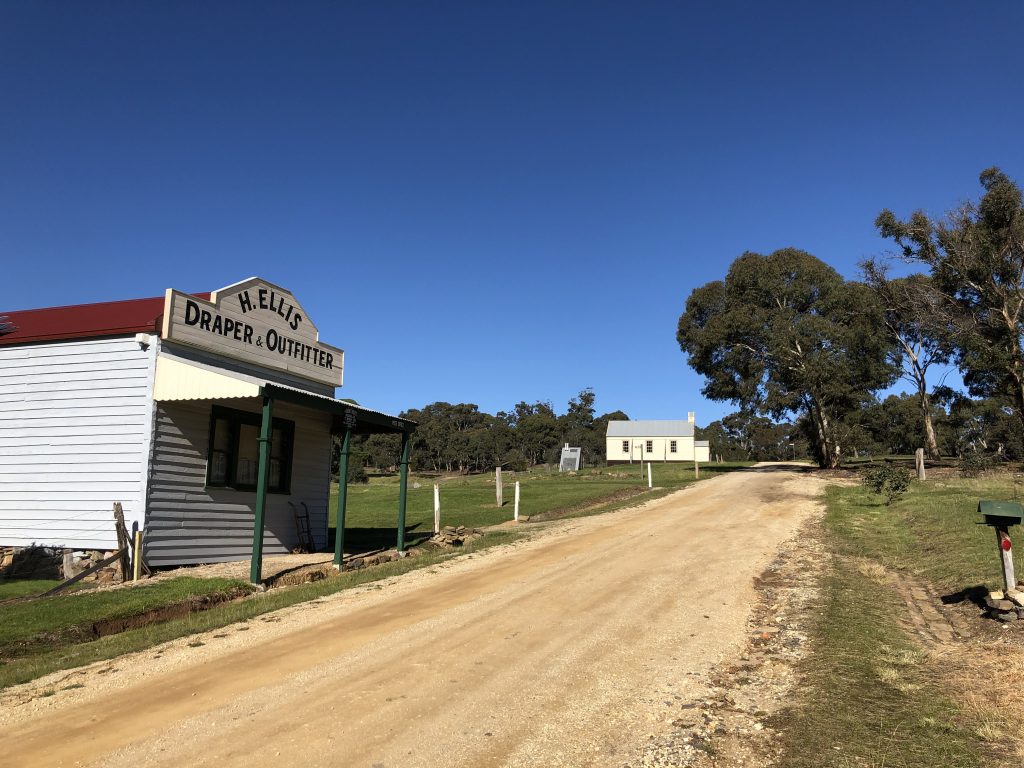 Mrs. Borrie agreed to come along for the ride, so long as I didn’t carry on like a schweinekotelett.  As I was already composing this post in my head, this would be hard to do; nevertheless I promised to only yell “was ist los?!” or “achtung!!” at particularly poor instances of poor driving on the way down. 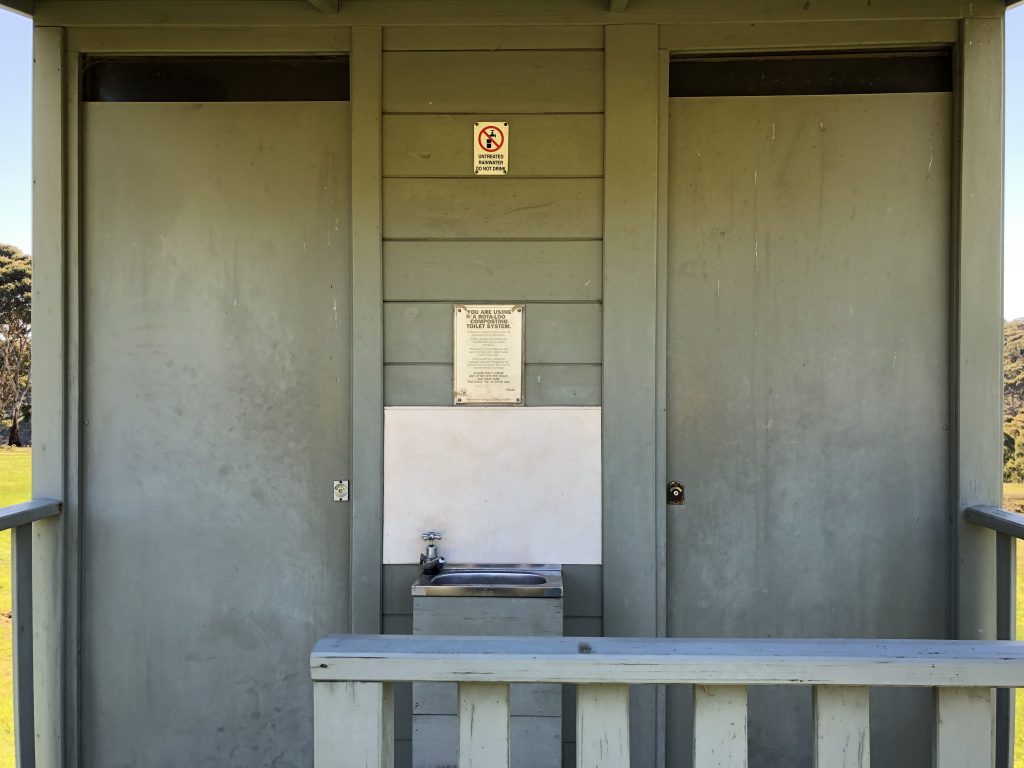 Unfortunately this was the Princes Freeway.  We had barely made it past Wilhelm’s Landing and already the mood in the car was nicht gut. 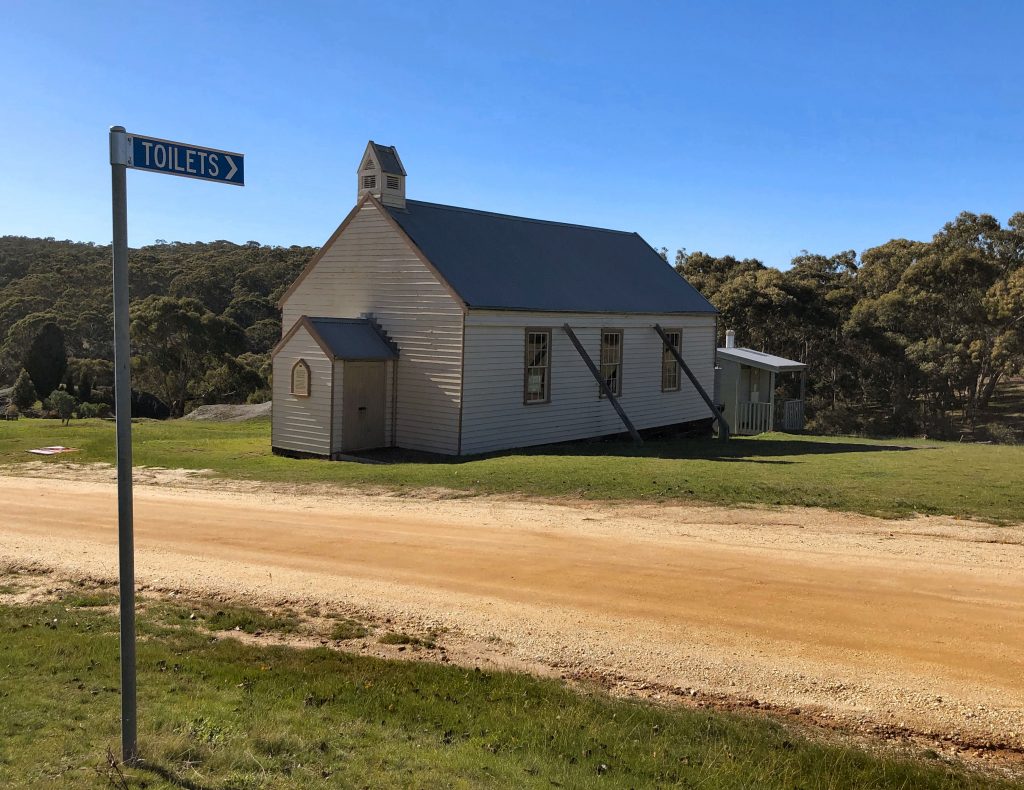 Thankfully, arrival in Steiglitz served as something of a circuit-breaker.  I had to practise my craft,  and Mrs. Borrie had to take a shit.  A certain synergy emerged. 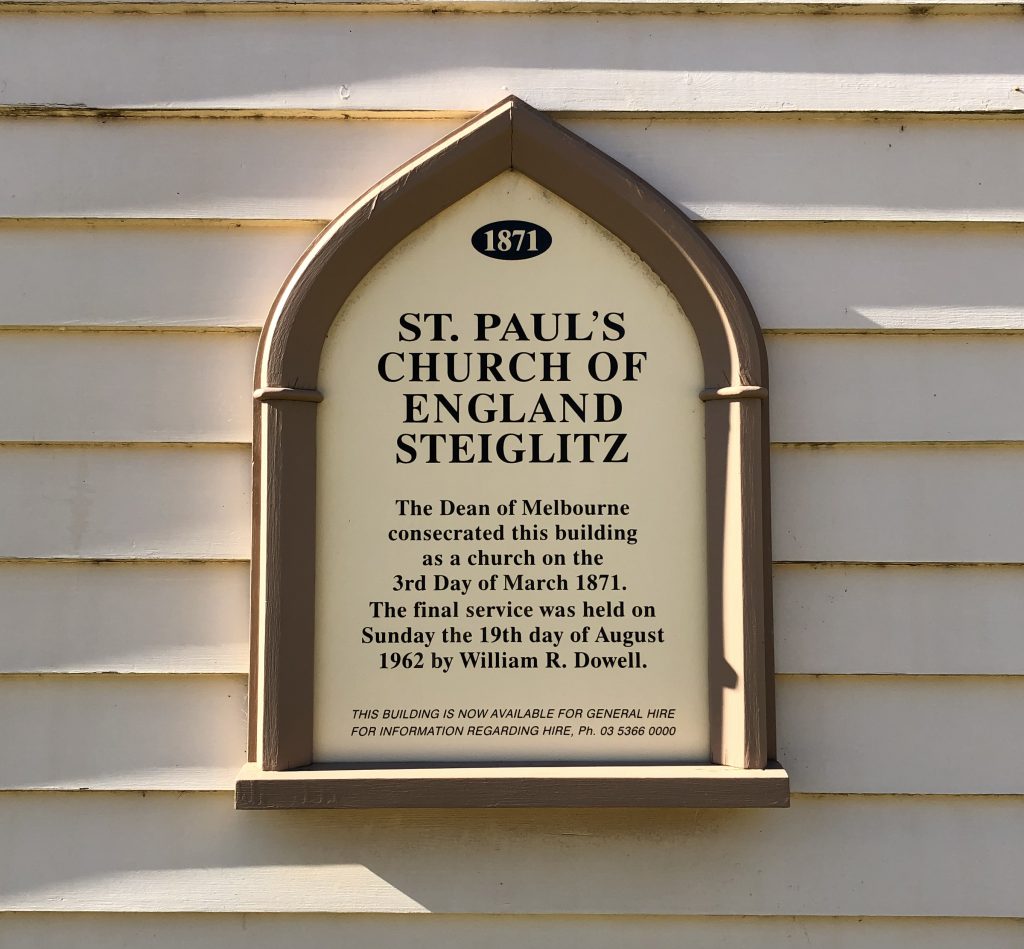 Usually, public toilet correspondence is a stressful business.  You never know when someone might emerge from within and take very unkindly to a telephoto lens staring them in the face.  But with the fraulein inside, there was no need to schnell.  I could take my time and admire the energy-efficient design of the dunny block, tastefully built into the hillside. 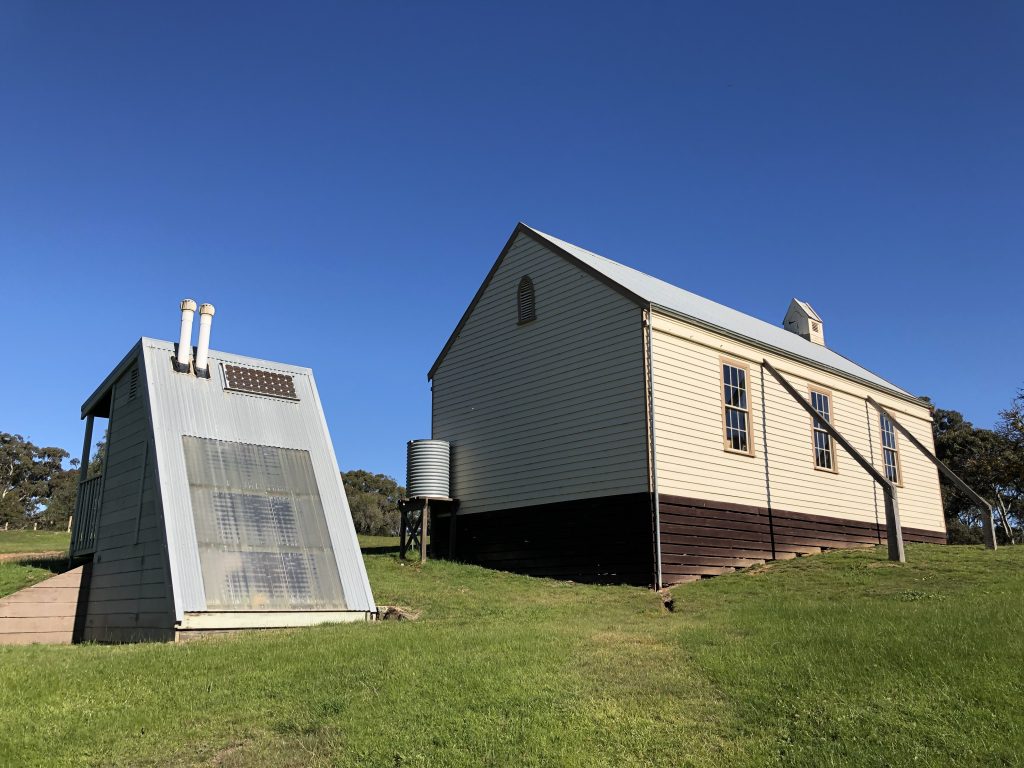 In fact, I reckon there’s a good chance this dunny is cleverly built into one of these abandoned meinschafts, of which Steiglitz is full of. 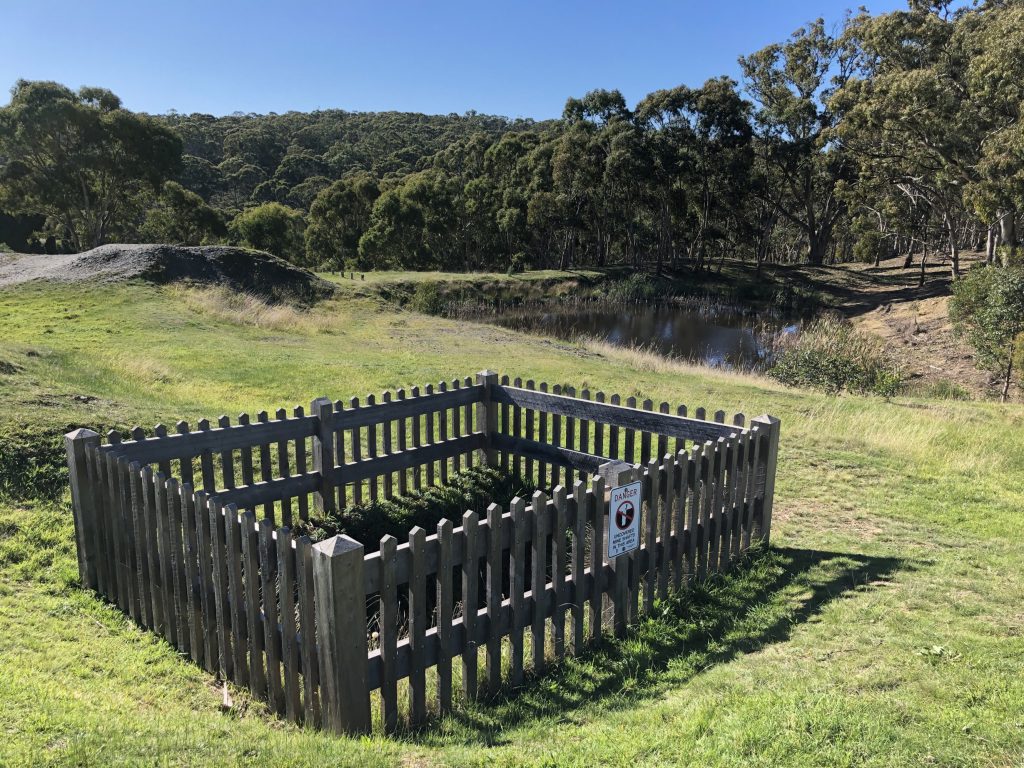 Did you know: that was likely the only even remotely commendable one of my stupid jokes for this week.  “Meinschaft”, you see, alludes to a “mine shaft” (which this indeed is), but also means “community” in German, and thus when I refer to an “abandoned  meinschaft”, I am also referring to the ghost town of Steiglitz itself.  It is even funnier now that I’ve explained it in detail. 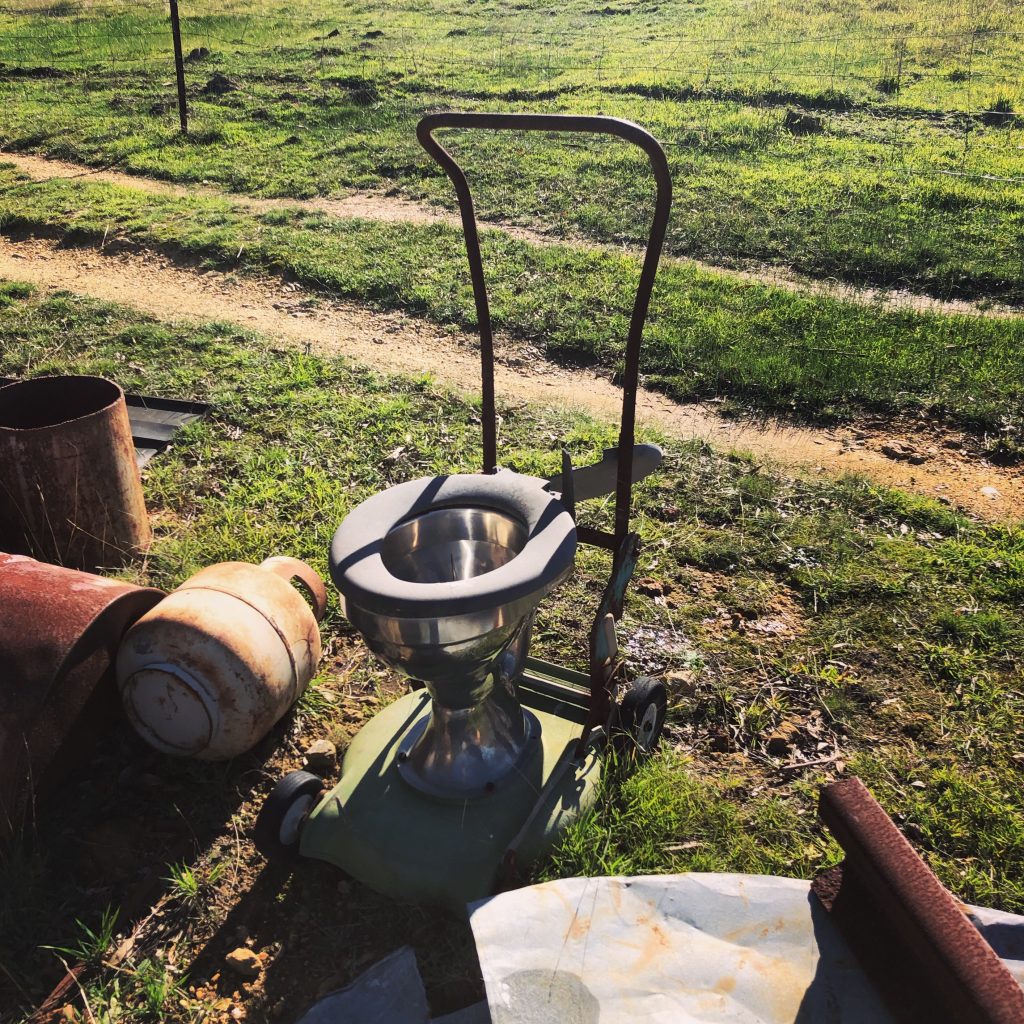 I then took Mrs. Borrie on a three-hour hike, using a map for a trail that no longer exists, and found this lovely specimen. Fantastisch!