Now here is a dunny that puts the “movement” in “tiny house movement”. 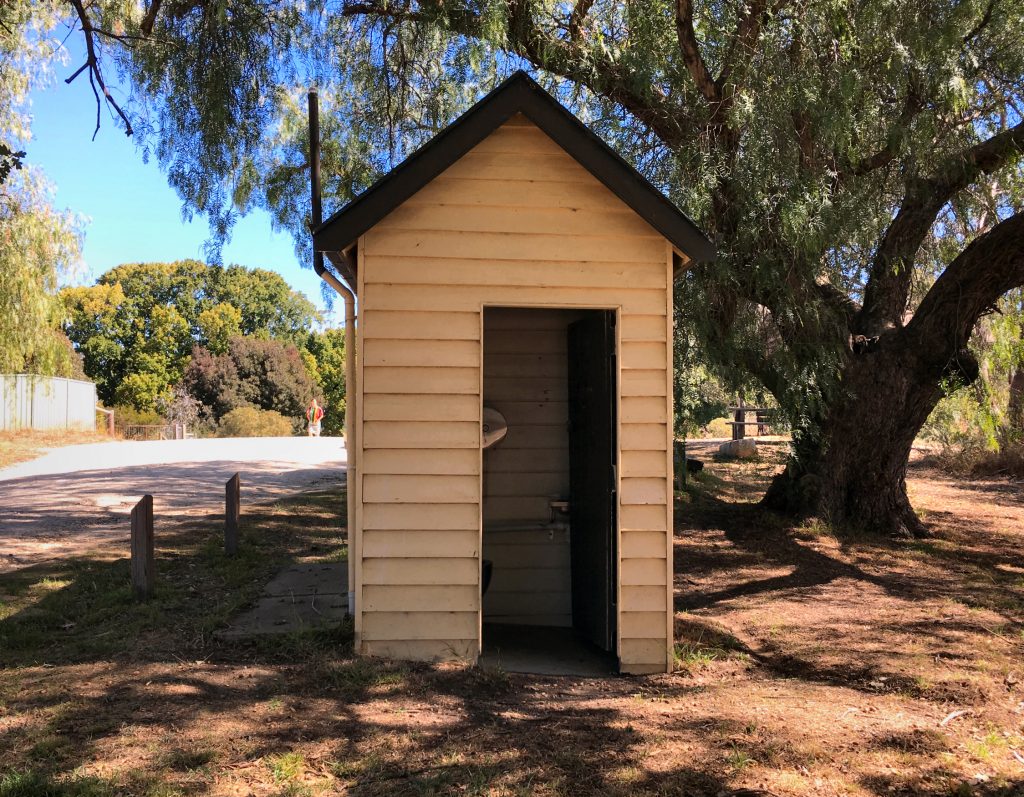 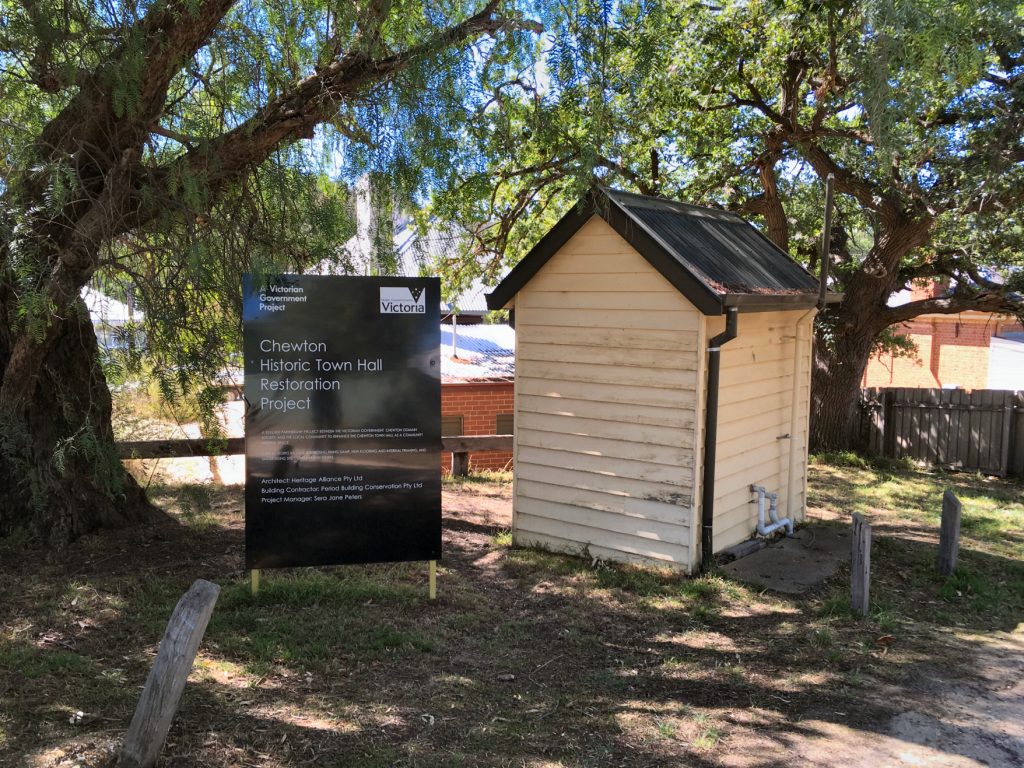 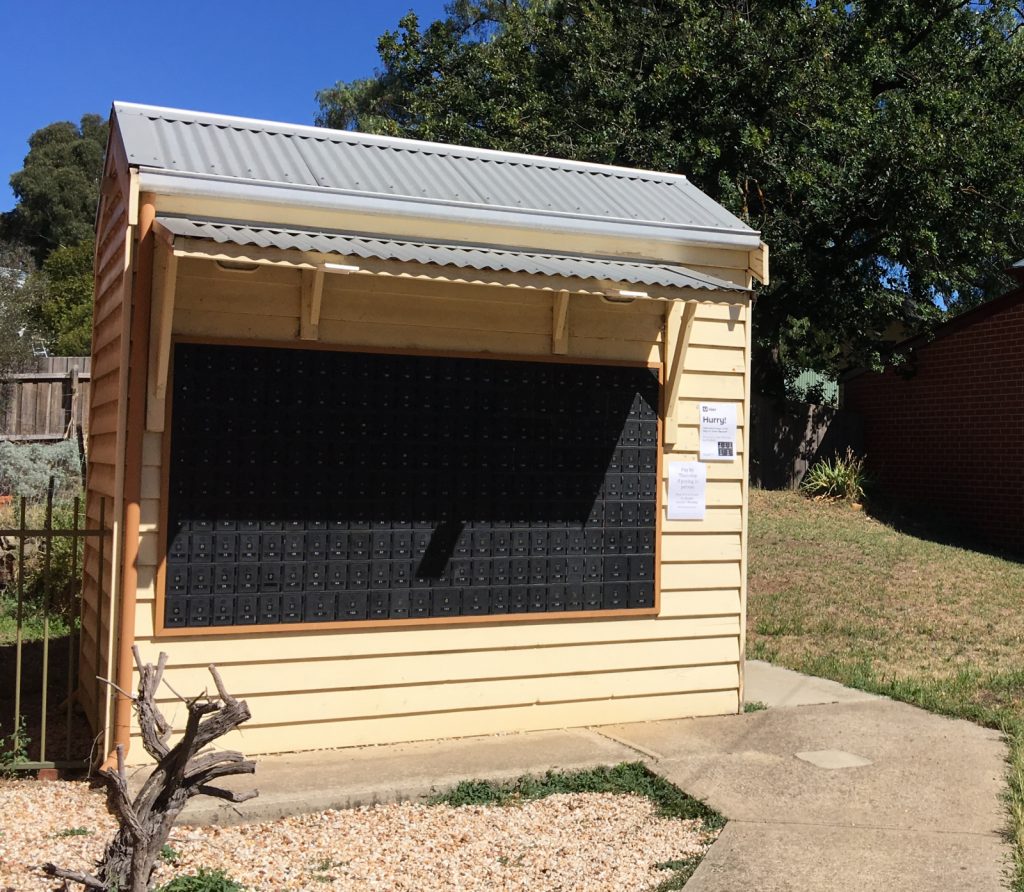 The tiny historical police lock-up box dates back to the gold rush days of the 1860s. It contains a frame of iron rods passing through the wooden planks that make up the floor, ceiling, and roof. If a prisoner chucked a tanty and tried to smash through the walls, he or she would find themselves imprisoned in an iron cage instead. Sucked in! 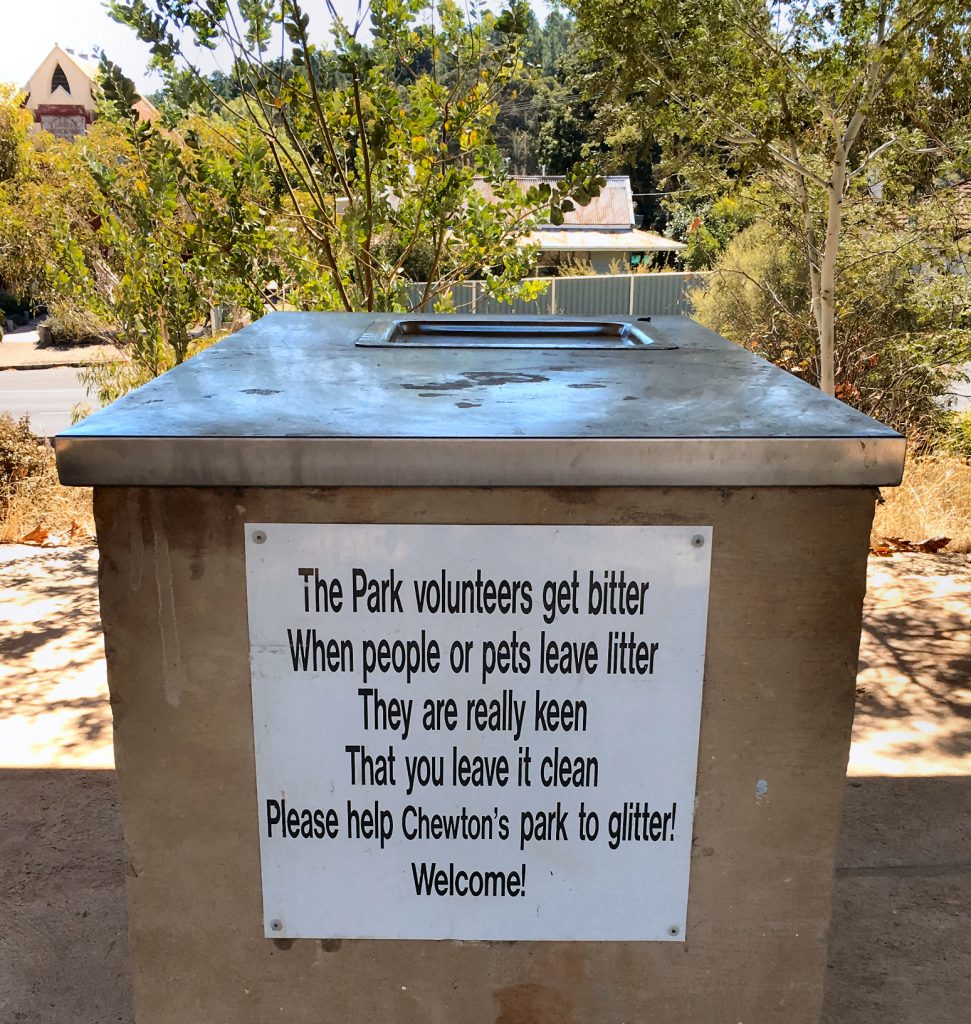 Next to the tiny toilet, there’s a community park with BBQ facilities and native shrubbery. The park’s local volunteers know: nobody argues with a low-budget community sign. Official speed limit signs are routinely ignored, but “SLOW DOWN YA PRICKS CHILDREN PLAYING” spraypainted on a bit of ply and nailed to a tree slows traffic to funeral procession speeds. So naturally, thanks to this home-made limerick, the park was spotless.

How ironic that a limerick—a delightfully filthy style of poetry—should be keeping things clean. If a poet had a hand in the making of this sign (unlikely), I’m sure the irony would’ve drawn a wry smile. 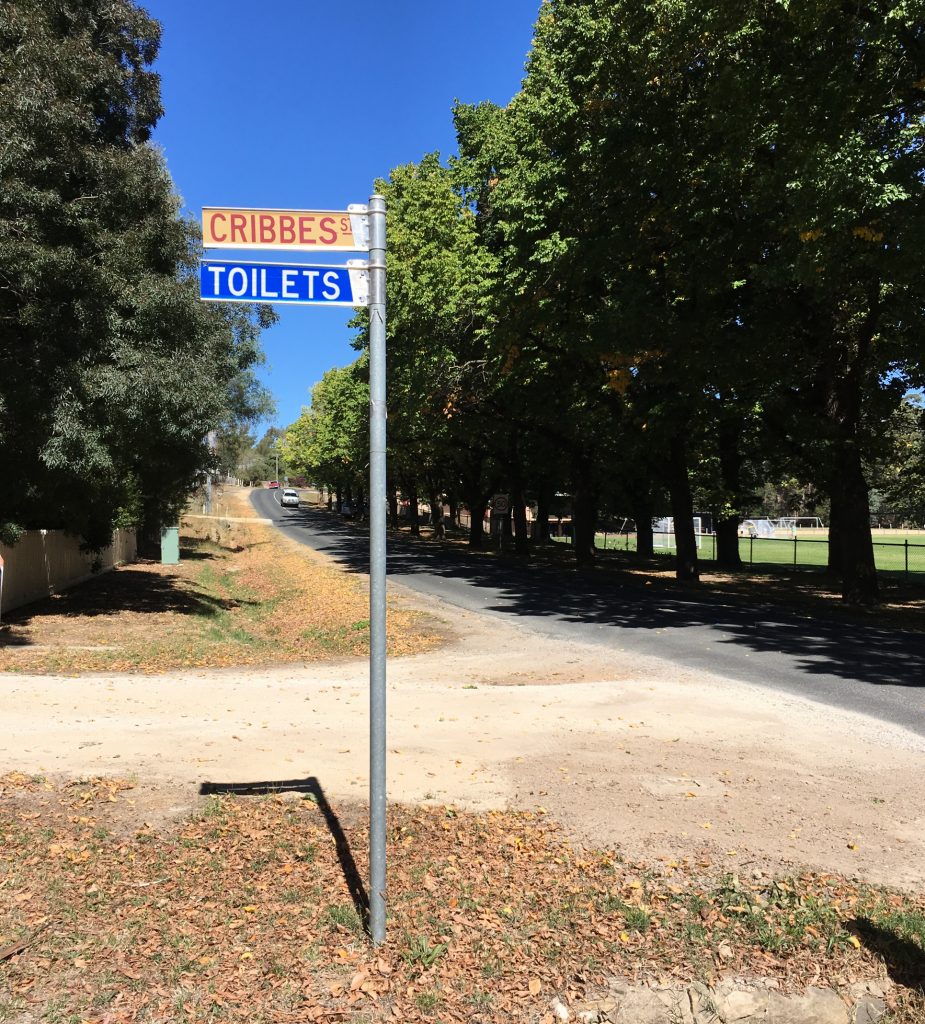